Mind Of Man: I Want All Of My Penis Back!

If a hood is good enough for Batman, it’s good enough for my penis. Uncircumcised joints look gross, like a cross between a tentacle and a trunk. But the word on the street is that it feels better to have a foreskin. My zipper cudgel is cut, and therefore less sensitive than a man who’s packing a frightful sex nozzle. I mourn the loss of that little flap of skin. I think I would have preferred to have had the choice to be circumcised or not.

The idea that my penis could have had more nerve endings is erotically intriguing. I’m curious as to how dulled my love prong is as a result of my foreskin having been removed. I’m not even sure I believe any of the negative reasons for being uncircumcised. It’s a bunch of hype. First of all, I have always been under the impression that penises were not exactly attractive human appendages. I have never met a woman who was all, “There is NOTHING more beautiful than a ween.”  Whether it’s a helmet or an anteater, male genitals are not aesthetically attractive. Unlike boobs, they are not triumphs of natural wonder.

And there’s the health reason for circumcision, which all boys learned about in junior high sex education class. It seems that uncircumcised men have wangs that ooze a terrible, disgusting substance known as “smegma.” It might or might not be toxic. Smegma has the distinction of being the human secretion with the most disgusting name. The runners-up: mucous, pus, and bile.

From what I know, it serves as a lubricant between the head of the penis and the foreskin. Poor smegma, you are tragically misunderstood! During sex education classes, we all felt relieved, thankful even, for being circumcised. We were told that smegma was basically some kind of social disease, that men with uncut clangs were always itching, and stinking, and generally uncomfortable. It never occurred to me that uncircumcised penises could be unhygienic … if you never bathed. 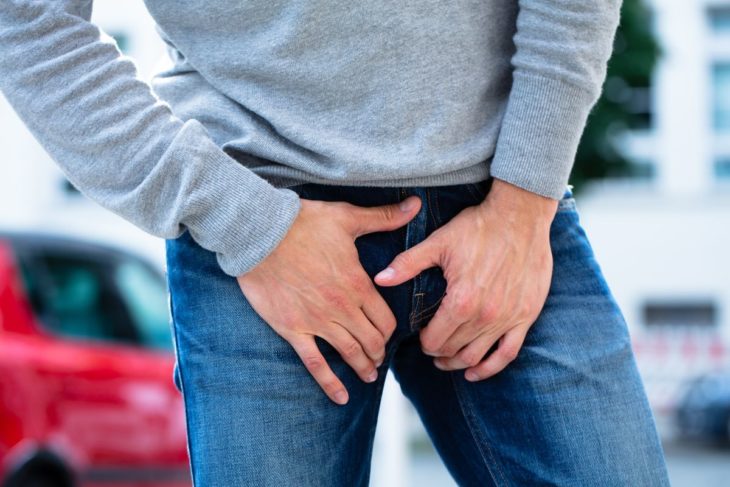 I’ve even been to a Bris, the Jewish circumcision ritual. The smoked salmon was delish. The baby cried, but babies always cry. Everybody seemed really happy. But what I didn’t appreciate was that the infant’s cries, if one were to translate them from the baby to the adult, went something like this: “HOLY F**K, STOP SLICING INTO MY DINKY! SOMEBODY F**KING HELP ME! THIS CRAZY SON OF A BITCH IS TAKING A SHARP OBJECT TO MY DELICATE BITS!”

I get that thousands of years ago, soap wasn’t readily available. And maybe, after a few months of sweating in the fields, it was possible to get an infection in the pants. Circumcising was a way of preventing such unfortunate ouchies. But we have soap now. Tons of it. Think about it: after water, it’s the one fluid that’s pretty much free. Just pop into any public toilet and Shazam! Soap!

The decision to remove my foreskin was made for me. Like millions of men, my tip was snipped without my consent. There are solutions to this, but they all seem extreme. There are surgical and non-surgical ways to restore or reattach foreskin to the glans of the penis. There are actual skin grafts, and procedures that stretch and grow skin. All of these solutions promise improved sexual pleasure for dudes. As well as increased pride: why not walk around with a swinging, all-natural, all-sheathed gorilla bazooka. Join me, as I mourn the long-ago loss of my foreskin. 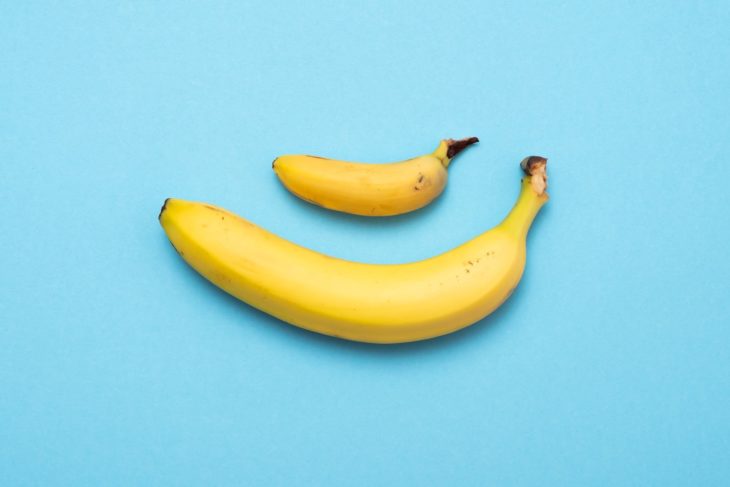 I have seen an uncircumcised penis in the wild once in my life. I was in the locker room of the local pool with my dad. I must have been all of 7 or so. Some hairy butterball of a grown man was sauntering around naked, like some European shipping magnate. Sprouting from his gross man nest was a hooded penis.  I made a sound I imagine an astronaut would make if his spaceship was punctured and all his oxygen was sucked out into space. I almost cried: Human beings were not supposed to look like swamp beasts. I asked my dad later why that man was horribly deformed and he explained to me why his penis looked that way. He then told me about circumcision: it had been done to him, to me, and to my little brother. This process sounded more terrifying than the man with the werewolf tube. My dad was a cigar smoker, and I pictured the mini-guillotine he used to cut off the ends of his cigar as the device doctors used when removing the foreskin.

The next day, I reported all I knew to my friends at recess. We huddled in fear of the adult world. One of my friends asked where the foreskins went after they were cut off.

I responded swiftly, if slightly sarcastically: “The Penis Fairy! The doctor tucks them under his pillow, and The Penis Fairy comes in the night and leaves a quarter!” We laughed at this joke, and then debated the actual worth of a human foreskin. A quarter? No … that’s the standard rate for a tooth. Fifty cents? A dollar? We concluded that the princely sum of five dollars was the amount The Penis Fairy would leave for a scrap of skin.

Of course, we didn’t believe this. But at the same time, we sort of did.

Anyway, Dear Penis Fairy: Please return my foreskin. I’d like to know what it feels like to have it back.

Dear Wendy: “I Was Invited To My Ex’s Wedding, But I Don’t Want To Go”