7 Signs That Have Nothing To Do With Being Sexually Unsatisfied

Is there anything more fragile than a male ego? More egocentric than an insecure man? Have you ever noticed how easy it is for a guy who’s unsure of himself to make everything about him and his inability to please you or meet your expectations? Take this article in Men’s Health, for example, called “10 Signs She’s Unsatisfied.” That there’s even an article by that title is ridiculous already. Aren’t the signs pretty obvious?

Do they really need to be spelled out? If we let out a frustrated sigh and roll over in bed, jerking the blankets with us, leaving our man with nothing but a cold shoulder to cuddle up against, chances are we’re pretty “unsatisfied.” (See the visual above!) But the article doesn’t say anything about that. No, in true Men’s Health fashion, the article includes a bunch of ambiguous “signs” that mostly have nothing to do with being unsatisfied. After the jump, my seven favorite. 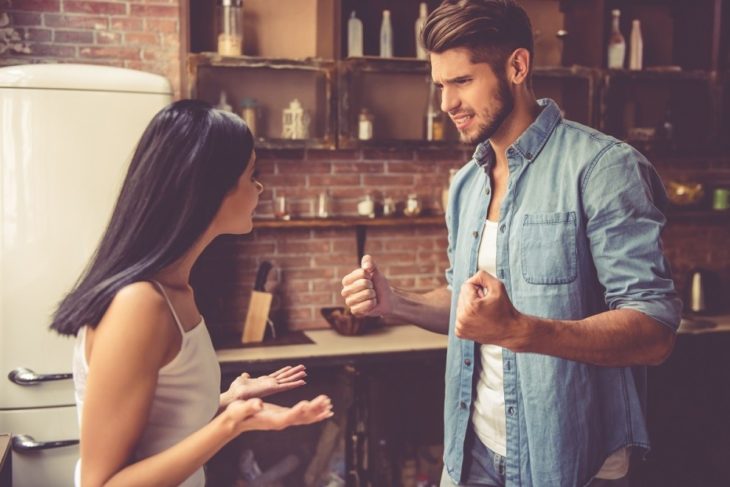 1. She Pulls Away from Your Children
“She may resist caring for the kids because she’s hoping you might notice that her needs aren’t being met,” says Haltzman [clinical assistant professor of psychiatry and human behavior at Brown University]. “What she’s doing is asking you to talk.”

Yeah, if she’s a selfish, immature, passive-aggressive bitch, maybe. Actually, no, not even then. How does ignoring one’s children equal “Honey, I’m sexually frustrated?”

2. The Credit Card Bill is Higher
“Some women resort to shop therapy to fulfill themselves,” says Bonnie Eaker Weil, Ph.D., author of “Adultery, the Forgivable Sin.”

3. She’s Gained Weight
“Women will over-compensate for the lack of sex by eating more to feed their sexual hunger,” says Eaker Weil.

Or maybe she stopped starving herself once she realized she find sex more enjoyable when she’s not fantasizing about cheeseburgers.

4. She’s Working More
It may be an attempt to disconnect from you.

Or it may be an attempt to keep her job in a volatile economy.

Maybe what she likes is having five minutes in the day when she doesn’t have to think about work, the kids, OR YOU and your needs.

7. She’s Turned into a Vixen
“If she’s bringing home sex toys or suggesting you rent videos, it may mean she thinks the old pattern isn’t doing it for her anymore,” says Haltzman.

Just because a woman wants to add some toppings, doesn’t mean she doesn’t like the ice cream.

9. She’s Looking Hotter Lately
“She’s sending the message that she’s a sexual being, because she thinks you’re missing it,” says Haltzman.

How To Talk About Sex & Intimacy With...