I remember my first panic attack in more detail than I remember losing my virginity or the first time I drove a car by myself. (I guess vivid terror of suddenly not being able to breathe really ingrains itself into your psyche.) It was 1998 and I was watching the “Psycho” remake with my family’s French exchange student. During the infamous shower scene, my throat and lungs tightened inside me like a figure-eight knot.  I got up and paced around the movie theater, unable to control my body and wondering if I was having a heart attack. I’ve had panic attacks periodically since then, probably due to a combination of biology and circumstance. I’ve made an effort to lessen the conditions that they occur in and for the most part, I live a pretty calm life. My anxiety only spikes in extreme circumstances, such as the rare times I’ve gotten temporarily stuck in a subway underground (I’m claustrophobic).

After a couple of years without anxiety attacks in my everyday life, I’ve started having them again. The stress is related to old stuff resurfacing in my life and the anxiety is pretty much the same, too: my chest tightens, my heart beats too fast, I can’t breathe, and I feel like I’m having a heart attack. (Or, you know, what I assume a heart attack feels like.) I’m 30 now. Panic attacks are still shitty and frustrating, but all the experience I’ve had coaxing myself through them over the years actually does makes them less intense and quicker to get over.

These are my thoughts on what panic attacks are like, how to deal with them, and what I hope other people could understand if they’re trying to help: 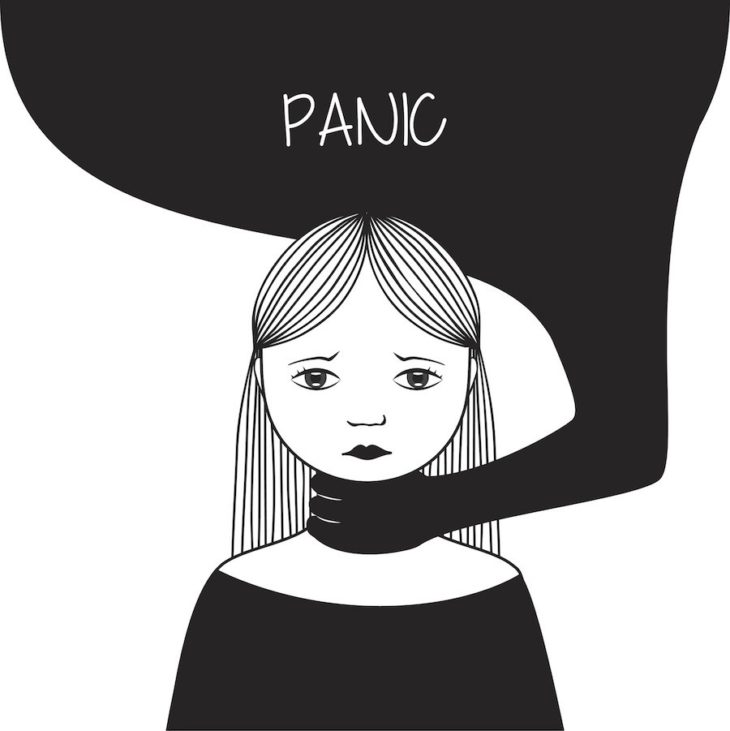 1. Panic attacks are really fucking scary. If a person is panic attack virgin, his or her mind naturally goes to an Oh my God I’m dying I need to get the ER!!! place.  That’s … a bad place. Yet, it’s a deeply-ingrained reaction to feeling physically out of control. (Google “flight or fight response.”) All you’re feeling while you’re having one is that you would give anything to feel normal again — panic attacks are so scary that I used to have panic attacks because I was worried about having panic attacks!

The reality is that after the person calms down and starts breathing normally again, he or see will feel better soon. “Better,” of course, is relative, but what I mean is that when she calms down, she’ll be able to see that she’s not immediately at risk. In the moment, though, her focus is on her inability to breathe, tense muscles, dizziness, trembling and her wildly-beating heart. She feels like she could be dying and is rightfully terrified.

So, if someone you know is having an anxiety attack, be sensitive. It’s an enormously scary thing to go through. Make them feel safe and keep calm yourself.

2. Anxiety isn’t necessarily rational, so explaining why not to panic isn’t helpful. Conquering an anxiety attack is a matter of “mind over body,” but that doesn’t mean the panic is just going to shut itself off when the person hyperventilating into a paper bag hears a really good argument. People mean well. I get it. But something that always frustrates me is when my family or friends try to rationalize why I shouldn’t be having an anxiety attack. Like, I’m in therapy, I’m an self-reflective person, I know I shouldn’t be hyperventilating over XYZ problem. Alas, my anxiety doesn’t respond to logic — it responds to feelings. So, in the throes of a panic attack, try not to address their problems. Instead, focus on making this person feel safe and staying calm. (By all means, address their problems later, though.) 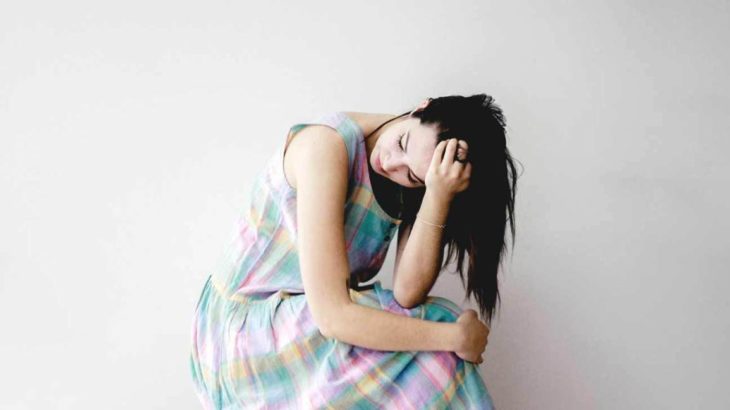 3. A panic attack might be tipped off to something specific, but it usually has been built up over time. Here are a few things that have caused me to have panic attacks:

-an email from my mother

– the death scene in documentary about John Lennon

Were those really the stressors that made me have an anxiety attack? No, of course not. They were just what triggered a well of worry and anxiety to rise up and spill over. This is part of the reason why I say that anxiety isn’t rational; coaxing a person to respond to the immediate trigger is sort of useless. Stress is much wider and deeper than it seems on the visible surface.

4.  Medication generally works for me, but dealing with anxiety has a lot more to do with practicing self-care. I have a prescription for Lexapro and also Xanax. So, yes, I am an advocate  of addressing generalized anxiety disorder (GAD) and depression through proper medication. That being said, there are no quick fixes. I believe what has really helped me the best — the real reason that I went several years without large panic attacks — was because I made well-rounded self-care my #1 priority. What does that mean? I get eight to 10 hours of sleep every night. I don’t over-commit myself to plans or responsibilities. I use the word “no.” I try to eat healthy-ish. I go to the gym a couple times a week. I don’t take hard drugs and I barely drink. And I stay as far away from stress-producing assholes and energy vampires as possible. (I’m personally not a fan of the “just meditate!” or “just do yoga!” schools of anxiety remediation, but lots of people say that works for them.)

5. Avoiding anxiety triggers is also important. The phrase “trigger warning” gets used a lot in feminist activism and academia (lately, often times in a denigrating way). Personally, I don’t go around telling other people what they shouldn’t expose me to and instead worry about what I expose me to. I know I’m not awesome in tiny, compact spaces, such as airplanes. I get really anxious when people are murdered in movies. A few years ago, I stumbled across a man domestically abusing a woman on my street and, quite understandably, I had a panic attack. So, when I can control it, I try not to expose myself to stressful triggers. (Conversely, if I start to feel panicky, I’ll do things that have proven to make myself calmer, like going outside for fresh air or giving my husband a call.) 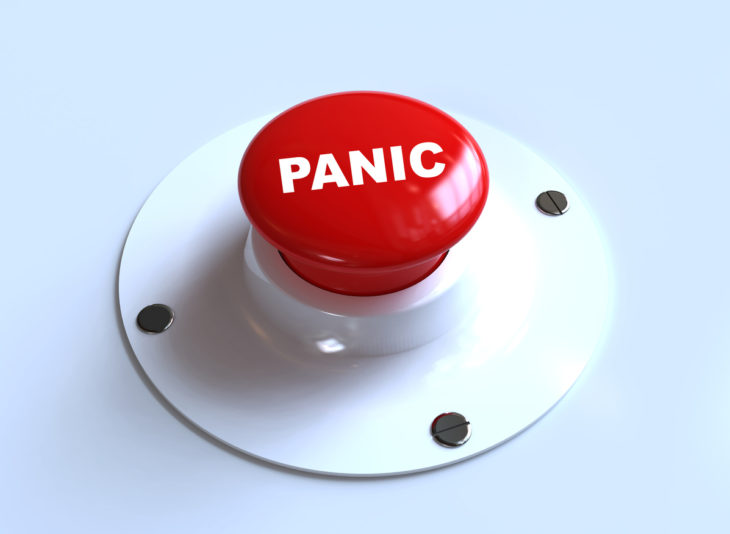 6.  Panic attacks are embarrassing.  Everyone experiences stress. But anxiety attacks really are a physical manifestation of how you’re feeling inside and, to be frank, that can feel like you’re weak and whiny. Most people don’t want to think that way about themselves. And it’s really hard for some people to admit weakness, especially if they put up a front of toughness. It took me years — like almost a decade — to get past my denial and embarrassment over feeling depressed and anxious. I prided myself on being successful and put-together; I didn’t want my peers to think I was weak or “crazy.” I thought if I hid how I felt, eventually it would change on its own. Well … if anything was crazy, it was that idea.

7.  A lot of times anxiety goes hand-in-hand with depression.  A lot of people, especially women, experience anxiety and depression together. Just like I take care of my anxiety, I have to take care of my depression, too. Again, it’s not really a big deal in my life because I generally take care of it well.  I try to make smart choices for my life while keeping everything in mind — for example, I don’t drink much, because alcohol is a depressant.

8. Some medical professionals really fucking suck at helping with anxiety. I once saw an (old, white, male) GP who advised me to cope with my anxiety attacks by keeping a paper bag in my purse and breathing into it. The doctor meant well. But his “advice”? It was crap. He made me feel like I had been overreacting and just being silly. This was during one of my worst bouts of panic attacks  during college, which eventually lead me to getting prescribed Lexapro and seeing my therapist again.  I wish I had gotten a second opinion, because I suffered for something like seven or eight months absolutely vicious panic attacks until I actually got help. All that time was wasted just because I didn’t have someone who knew what he was talking about.  So try to be as patient as you can. You deserve good help. When you’ve gotten it, your anxiety will become manageable and your life become enjoyable again. Not to co-opt It Gets Better but … it does get better.

So Someone You Love Is Suicidal