9 Tips For Taking On Jealousy

Of all the ugly emotions out there, jealousy has to be one of the worst. It can feel childish, petty and almost like a primal rage. But it’s also inescapable; jealousy is almost like an epic equalizer, because everybody feels it now and then. On the path toward emotional growth, jealousy is one of the hardest hurdles to take on because it seem like such an out-of-control, counterproductive emotion, but it can be used for good. Whether it’s competitive jealousy with friends and acquaintances or the kind of jealousy that inches its way into monogamous relationships, this crummy feeling can take us to the emotional maturity level of a 7th grader with the snap of a finger. We can’t just make it disappear, but we can find ways to handle it like (semi) grown-ups.

Feeling ashamed of jealousy just gives it more power that it doesn’t deserve. Acknowledging it makes it go away faster, which makes it easier to practice good karma and better celebrate other’s successes. Here are a few ways to check your thought process about jealousy and bust that poison out of your life faster:

1. Remember that while your feelings are valid, jealous minds do not think rationally.

If you’re feeling that familiar seething jealous rage, you might be just a tiny bit possessed right now. You might be tempted to make a passive-aggressive comment or even throw a hissy fit because in your frustrated frame of mind, you think it’ll  garner some pity. Nope. Take a pause, sleep on it, and allow some time to gain perspective. The next morning, you might realize how smart it was to wait. 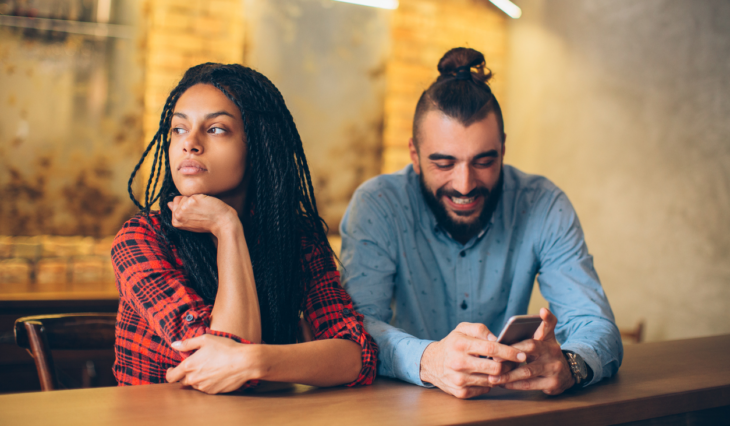 Say you’re a singer, and at a concert you see a woman break into this amazing operetta and blow the audience’s mind with her high notes. You might find yourself wishing you were as skilled as her, and use it as inspiration to improve. This is called “benign envy,” and it can be totally awesome for self-improvement, but the key is that you only use it as motivation to compete against yourself. Wanting to become a better singer for your own satisfaction and success is great; wishing you could tear down the woman you just saw perform is not so great. Turn your jealousy inward and find positive ways to improve what’s going on in your life instead of trying to mimic somebody else’s. Jealousy can be constructive if you’re in the frame of mind to see it as inspiration. When a peer succeeds, it’s proof of all the amazing things that are possible. (What’s more is that motivational speaker Jim Rohn says that you’re the average of the five people you spend the most time with, and I totally believe it!)

3. Take on an abundance mentality.

The word “abundance” is kind of loaded these days because it makes people think of The Secret, and that’s a bummer, because an abundance mentality is really just about being a glass half-full type of gal. In this case, it’s about realizing that there is enough success to go around for everyone. It’s also about mentally magnifying and appreciating whatever amazing things are happening in your own life right now. There’s not a limited amount of joy and fulfillment on this planet to be snatched up by a select few. One person’s success didn’t take away your opportunity to find the same. Yes, in many ways, life is a competition, and that can be a good thing that encourages us to improve ourselves. But when it comes down to intangible feelings of accomplishment and happiness, there really is enough for everyone to go around. 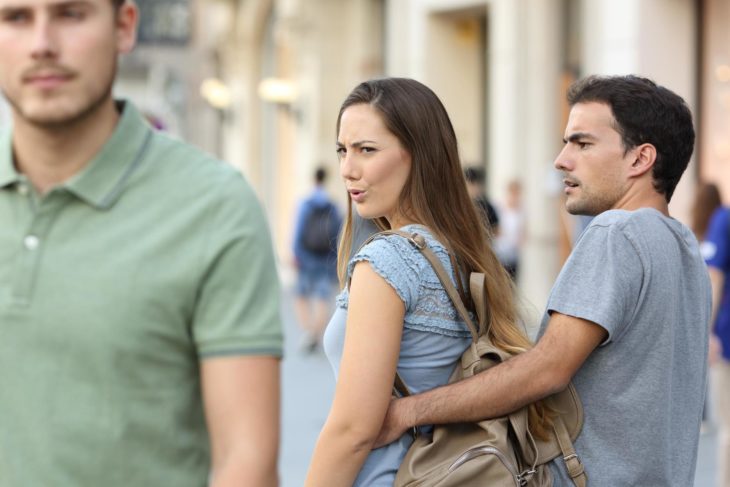 4. Really look at what your gut feelings are telling you.

Sometimes, particularly in romantic situations, jealousy is an alarm bell in your head that something isn’t quite right. Try to look closely at where your feelings are coming from. Psychologists sometimes talk about emotional reasoning, when a person convinces themselves that bad feelings are red flags (when it’s really just the person’s own insecurity talking) or looks for confirmation of their fears in everyday life. In friendships, maybe you’re subconsciously looking for proof that you’re inferior to your peers,and someone else’s success gives you a change to run with that idea. Only you can answer whether you’re being driven by fear or true gut feelings, but it’s important to examine the root of your emotions.

5. Think about your own potential.

Mastin Kipp, one of my favorite writers and speakers, likes to say (and I’m paraphrasing here) that jealousy is a reflection of your own unreached potential. When you’re jealous of someone’s awesome career advance/relationship/creative success, it’s a sign that you (consciously or not) know that you are capable of achieving those same things and are frustrated that you’re not there yet. In a way, envy is a good thing, because it means that you can get there too! Use it as motivation to move forward on your own path.

6. Learn to love uncertainty and throw out expectations.

Human nature is hardwired to want a sense of certainty. We spend our lives chasing it, so I know it’s not so easy as snapping a finger and deciding to overhaul your entire outlook. That said, in every situation you can choose to embrace the unknown. As far as relationships go, a major cause of jealousy is the desire to know, for certain, that your partner isn’t into anybody else or that you won’t break up. Even if he reassures you that things are fine, it’s impossible to find enough certainty for calm down the doubts in your head because insecurity doesn’t base itself on reality. That’s why letting insecurity dictate your outlook (instead of recognizing that it’s just your subconscious trying to mess with you) can totally sabotage a couple, and even cause people to prematurely break up the one they love because of a jealousy-fueled paranoia that their partner will fall for someone else and do the dumping first. All that leaves us with is two unhappy people. 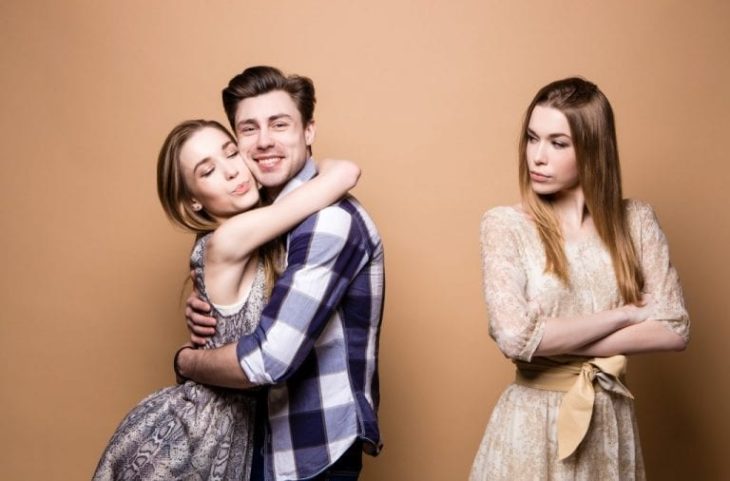 Love, and life in general, is all about uncertainty, whether we like it or not. If we want definite facts, we’re going to destroy the good things around us in our pursuit of it.  There’s no way to know for certain whether life holds rough patches in the future, but wasting the good moments trying to find that out just creates rough patches, and it doesn’t stop the people you’re jealous of from continuing to succeed. The more we’re able to live in and embrace uncertainty instead of seeking control in a world where it’s nowhere to be found, the more we can enjoy the good stuff.

It’s impossible to know what hardships or self-doubt a person is experiencing beneath the surface. Nobody is going show off all about the crappy sides of their lives on your Instagram feed! So yes, maybe your arch-enemy from high school just got her dream job and lives in a beautiful house and has a super hot husband. But she may also be sick, or experiencing family drama, or about a hundred other struggles that only she knows about. Every single one of us has bullshit to wade through. So no, you’re not some singular loser surrounded by people who do nothing but thrive. You’re just not seeing the whole picture.

8. Stop making it about you.

As actor Christian Borle (of the fabulous “Legally Blonde: The Musical”) always says, “other people’s success is not your failure.” Other people’s success is also not about you, period. Your cousin didn’t have a baby just to make you feel insecure that you’re still single. Your sister didn’t get that book deal because she wanted you to feel like a loser. They did it for them. Catch yourself when you assign awful meanings about your own self-worth to other people’s successes. Who’s really getting in your way, the person you’re jealous of, or that mean voice in the back of your head calling you inadequate? 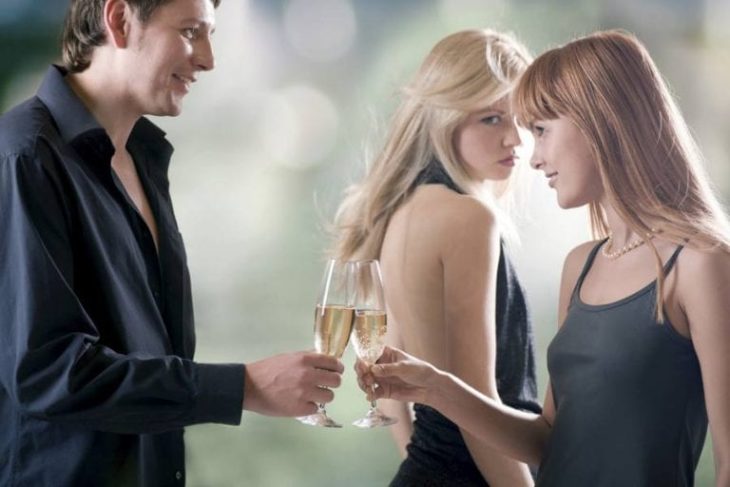 9. Remember that plenty of people really do deserve their success.

Why is this seemingly obvious fact so tough to accept? Why is it so difficult to believe that people are working just as hard as you are and actually deserve their success? I think this is toughest to swallow when the person you envy is someone that is, well, an asshole. When your BFF succeeds and reaps the rewards of years of effort, it’s way easier to be happy for her than for a jerk you kind of hate. But the truth is that jerks work hard, too. A lot of not-so-nice people find themselves with success they didn’t earn as well, but hey, we just have to tell ourselves that karma will take care of it. Keep doing you and the good stuff will come.

How To Choose The Best Managed Services Provider?