Over at The Daily Beast, Rebecca Dana declares Alexander McQueen’s so-called “armadillo shoes” the “it” shoe of the season. We’ve written about these 10-inch heels from McQueen’s spring 2010 collection several times here at The Frisky, and while reviews remain mixed, I love them. 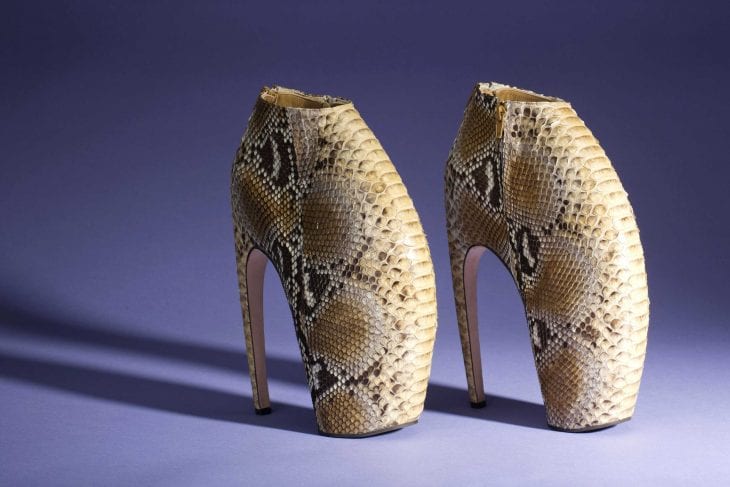 As Dana confirms, though, I won’t be wearing a pair anytime soon. There are only 21 pairs in existence; they are, wait for it … $3,900 to $10,000 a pair, depending on style, skin, and embroidery; and they’re pretty much impossible to get — unless, of course, you’re Lady Gaga, who wore them in her “Bad Romance” video, or style icon Daphne Guinness. Even if you could get your hands on a pair, whether you could walk in them remains unclear. Staffers at British Vogue blogged their failure to stagger any distance on them, while Guinness proclaims: “They look difficult [to walk in] but they aren’t.” But why are these outrageous, unaffordable, incomprehensible lobster-claw boots the shoe during a recession? As McQueen told The New York Times, “The world needs fantasy, not reality. We have enough reality today.” It only makes sense that women would be enamored with a pair of fantastical shoes they cannot afford to wear. 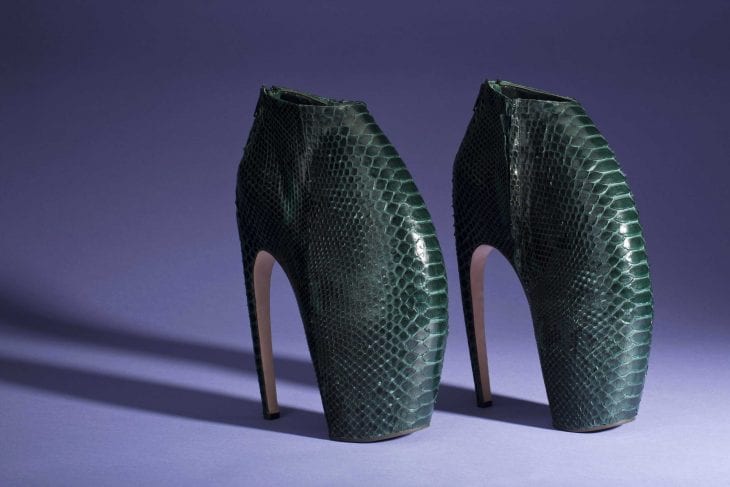 If Elf Sex Is Real, We Should All Move To Iceland ASAP

What the Major Fashion Blogs Get Wrong About...