Angelina Jolie was seen shopping with her 10-year-old twins, Vivienne and Knox on December 27 in a Blue Rooster Art Supplies in Los Angeles. Jolie is quite enjoying this holiday season, as she was seen on multiple occasions out and about with her children. She was seen shopping in Santa Monica on December 23 with her son, Pax, who is 15 years old now. Later that day she went along with Shiloh, 12, and twins on a Christmas Eve shopping.

The next day, Jolie went on a breakfast outing in Los Angeles with Zahara, 13, Shiloh and the twins. 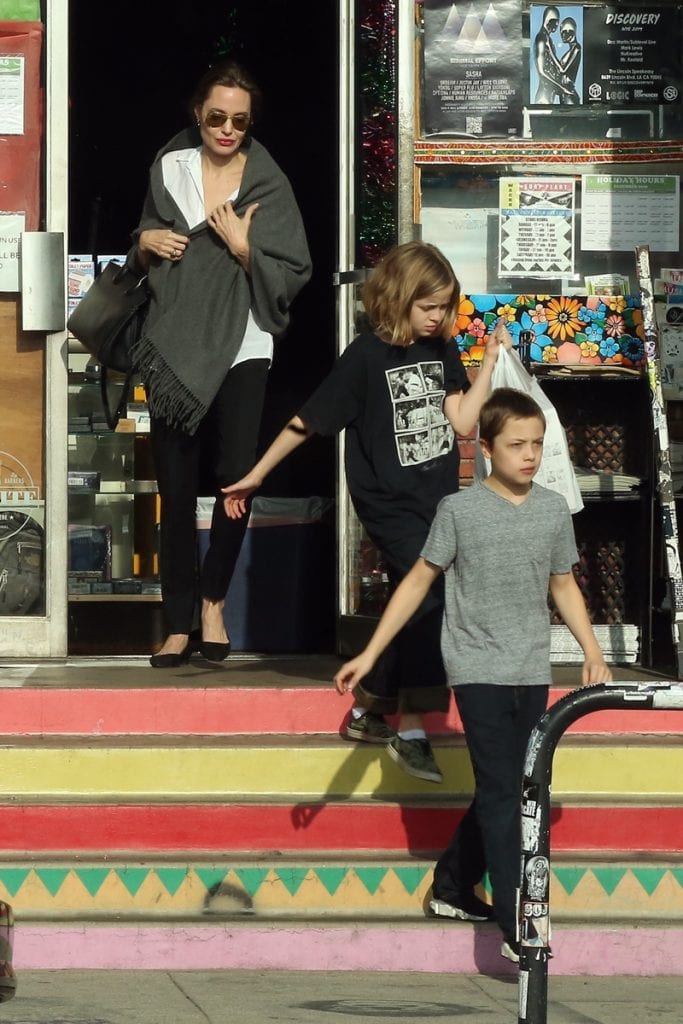 Angelina Jolie and Brad Pitt recently reached a custody agreement. The Blast stated that Brad “gets less than 50% custody of the couple’s six children,” but he’ll “see an increase in his custodial time with the kids.”  Even though “Brad ended up getting more custody time than Angelina wanted him to,” an insider shared with HollywoodLife that “in the end, Angelina conceded a lot, mainly because she knew she had few options otherwise, and she didn’t want to have to drag the kids into court and make it even more traumatic for them.”

The reason why Jolie went with Vivienne and Knox in an art supply store could be because the kids are apparently getting very creative. According to an insider, “she let [her children] have free rein picking the decorations,” and that “they’ve been doing art projects and Christmas baking.”