There’s one rumor that’s been circling around the internet these past few days. And the rumor is that Kate Middleton and Prince William are expecting their fourth child.

The royal couple already has three children, Prince George, Princess Charlotte, and Prince Louis. The rumor is that Kate and William are going to have another baby in 2019. The rumor spread in such a way that even Kensington Palace had to respond.

The Duchess of Cambridge gave birth to their third child in April, but everyone’s already talking about the fourth baby. And there’s even a claim that it will be a baby girl.

Many had their opinions that having four children is something normal for Kate and William, because that’s the number of children William’s grandmother, Queen Elizabeth II, had. But many also said that they are not going to have more than three because the Duchess had very extreme morning sickness during all her three previous pregnancies.

The Kensington Palace didn’t deny the rumors about the fourth pregnancy, but they didn’t confirm it either. But if the rumors were true, there will be an official statement. 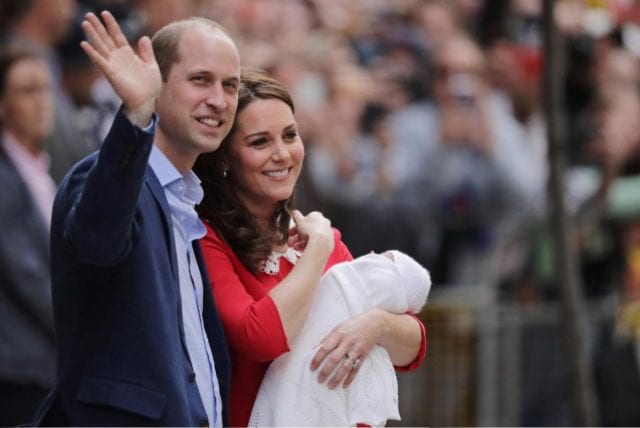 But of course, people are already making bets on the possibility of the fourth child of this royal couple. Bookies Coral put the odds for the next baby to be born in 2019 at 3/1 and the odds that the baby will be coming sometime in the future are 6/4. They are not the only ones doing it, Ladbrokes also put the odds at 3/1 for another royal baby in the future.

The perfect age difference for a strong relationship