Kate and Meghan are married to Prince Harry and Prince William, respectively. Since Meghan and the younger of the two princes, Harry, had their royal wedding in May of this year, rumors have been swirling around claiming how the relationship between sisters-in-law is bad. Now however, the pair proved they do get along and that everything is in order in the royal family.

Close ‘sources’ said Meghan and Kate do not share any interests

The world had hoped the second royal wedding this decade would mean that Kate and Meghan would start a great, lifelong friendship. The reality seemed to be quite different, as some sources close to the royal family strongly claimed that the two do not have much in common, so a friendship would not be possible. People claimed they are just too different even before the wedding.

Kate and Meghan have been seen together, for example at Wimbledon this year.  They seem to get along okay, which of course does not mean they are the best of friends.

Rumors about a big feud

A high-profile family like the royals is bound to have made up stories on them. The tabloids outdid themselves again, claiming there is a huge feud between the sisters in law. According to Glamour, this began when Kate left a bridesmaid dress fitting for Charlotte in tears, back in the spring of 2018. Moreover, everything escalated from there as they say. Body language experts revealed that there was some distance between them, which added weight to the rumors of a split.

The rumors then moved to the brothers as well, with sources claiming their relations are not in good health, and that Harry wants to perform royal duties separately. Since then, nothing major happened, so it seems that the media is just having a field day with the rumors, saying that Meghan and Kate do not share any interests. 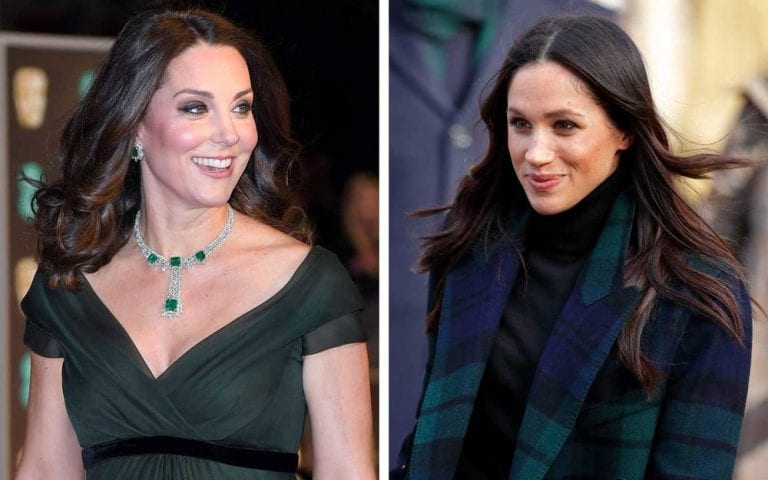 Kate and Meghan were all smiles during Christmas Day

Regardless of any false rumors about them, they extinguished them when they showed up smiling for the annual royal celebration on Christmas Day. Kate and Meghan talked and appeared to be in good spirits and relations. They walked next to one another and everything seemed splendid. Even if they do not have much in common, they do not have to be best friends to be able to get along. Their Christmas Day appearance looked to be genuine, as no tension between them exists. Meghan and Kate have successfully squashed the annoying and false feud rumors about their relationship.