Why Arcade Industry is Popular and Benefits of Arcade Games

The Arcade industry has a lot of contributions to people’s lives, and there are no second thoughts about it. In this article, we will let you know precisely why the arcade industry is so in demand and what are the perks of playing a cocktail arcade machine game created by some arcade industries such as creative-arcades.

Read the article till the end to find out everything that you need to know about it. 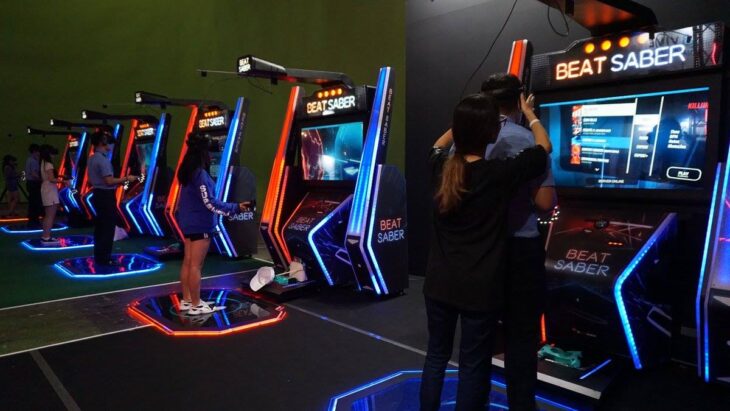 If you are into games, then you would probably have noticed that different arcade games such as Drift Hunters got famous because of various reasons over time. If you are wondering about those reasons as you are new to this field, this information would be a great help to you.
If you are not new, you would probably know that the games of the 80s and 90s got prevalent because of numerous reasons. One of the main and foremost reasons was that those games were really simple to play for everyone.
Apart from that, those games had really good hardware and software that made it way too good of an experience for everyone.
At that time the arcade industry was able to manage SVGA connected screens, sound cards, huge amounts of onboard RAM, or was able enough to screens that bypass the connection completely, Chips that work at higher Hz, better and advanced cooling systems and custom tools such as Light guns and even full enclosures. In simple words, we can say that old arcade games had an improved gaming experience instead of playing a game on your TV.
All of this didn’t end here, and within a few years, technology had advanced, and modern gaming equipment was being made that had far better quality and machinery. Like in the old days, the size of a cocktail arcade machine was huge as they took a lot of space back then, but today, these are available in small quantities that don’t require you to take a huge space and even offer enhanced mechanisms. 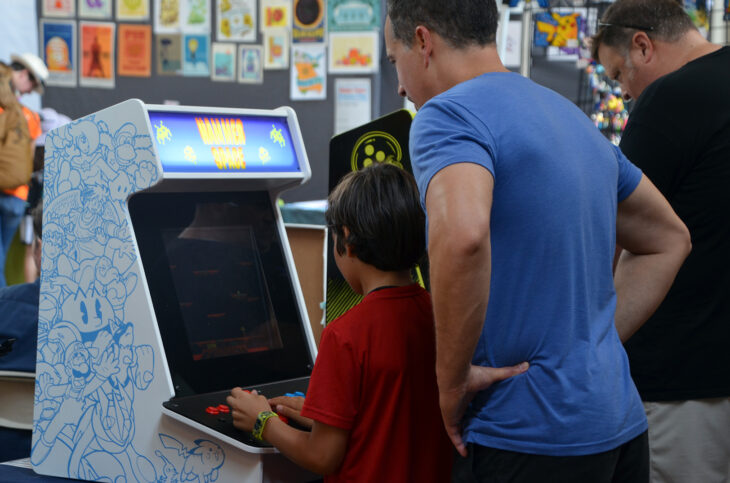 Following are the major benefits of arcade games that are obviously the contribution of the arcade industry, so just have a look:

Gamers utilize systems that integrate with the whole body to manage on, and screen movement is more involved in enjoying success with their friends. This runs counter to the absence of communication people with autism at times show. There is also a study that says by sharing space with more than one player can also lead to better social communication for those who are having this disorder.

There is a mixed opinion on inducing stress because of action games among teenagers and youngsters. Some people believe that there are certain games that make people feel pressured.
At times there are some stages that make you feel stuck and provoke strain among people. By playing games, people would be able to cope with their stress in a better way. In this regard, a significant study that tracked players over six months and measured heart rate got to know that some games reduce the adrenaline response by over 50 percent. 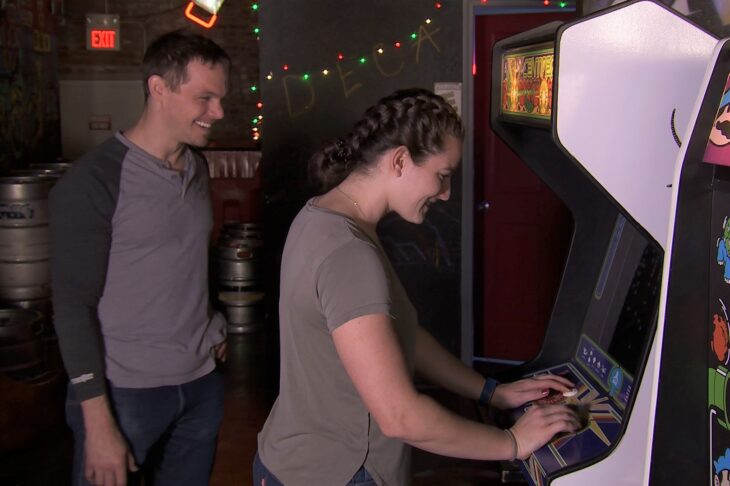 All those supposed to have a faster CPU than most of the other people can recover information or act according to it within an instant.
For those people, this capability has been strengthened by playing games. Here new information is continually being shown while play; players are emphasized to adjust quickly.
One study shows that players who like to play games in fast-paced games are 25 percent quicker in responding to queries about an image as they had just perceived equated to non-players.

We all need some free time to enjoy our lives after a hectic day. Different people have different sources of entertainment and preferences to spend their time doing their favorite activities. One of the essential benefits of arcade games is that people like to play them as it offers amusement.
Whenever they are free or have some time in hand, they can sit with friends, peers, family, or even alone to play their favorite arcade game. What would be better than playing games and breaking records of your friends and family, or even the ones you previously made? 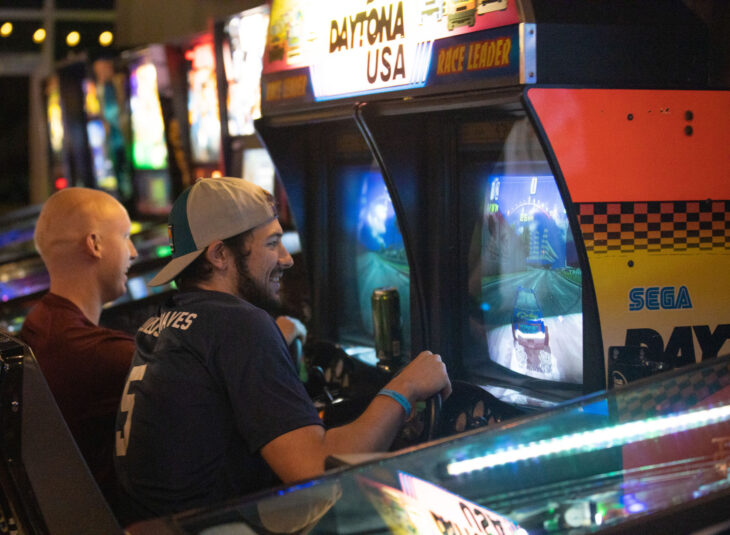 As we know that this disorder causes harm to more than a single nerve, multiple sclerosis patients mostly have issues with their balance. So far, there is no medical solution that has been convincingly proven to help the patients.
Though there is one study that tells that MS patients who are into games need physical communication while standing on a balance board showed progress afterward.

All those people who are not friends with many people in real life or would like to have some new friends then games would be excellent in this regard.
By playing games online, they would be able to interact with new people, and even in some situations, will be able to befriend them. By doing that, the social circle will increase, and new connections are being made through gaming platforms.

By playing games, people can develop enhanced imaginative power. The sound, graphics, and everything that attracts people while playing games leaves a long-lasting impact on the psychology of many people, especially for teenagers and youngsters it is beneficial.
By developing this sense of creativity, they would be able to excel academically and would be able to express their views in a refined way. You can see the difference between two people, one who is into gaming and the other who isn’t interested in playing games.
You will see this vast difference between their mindset and the way they express themselves and their ideas. 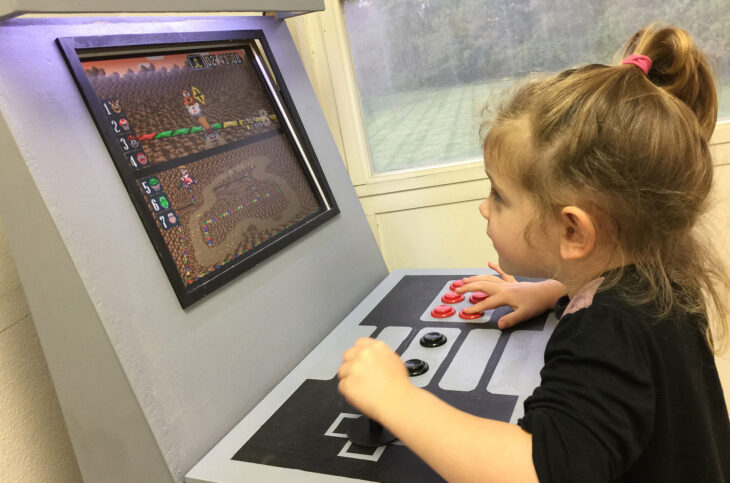 By playing arcade and other games, people would be able to do better for a long time. Those who play sports can develop skills that help them remember things more than those who aren’t into games.
Games that involve people’s minds, like problem-solving puzzles, related memory games have an incredible effect on the memory of those who are older. It has been observed that their cognitive functioning remains last-long than others.

We all know that distraction is the key to many things. All those people who are having some kind of pain, it can be physical, emotional, or psychological can distract their minds by making their minds busy in something else.
This can be a trick that works in most of the cases like the one who is suffering from some kind of pain can distract his or herself by indulging one’s energies into something that totally interferes with the thought process of the things that are causing pain in the first place.

Kids who are into gaming are able to deal with their daily life stuff vigorously. They are more active than the rest of the kids who aren’t into gaming and don’t like to play them.
Kids playing games are active, and they take part in other academic as well as co-curricular activities. They like to indulge themselves in games that require physical and emotional energy and obviously are more enthusiasts about things in general. 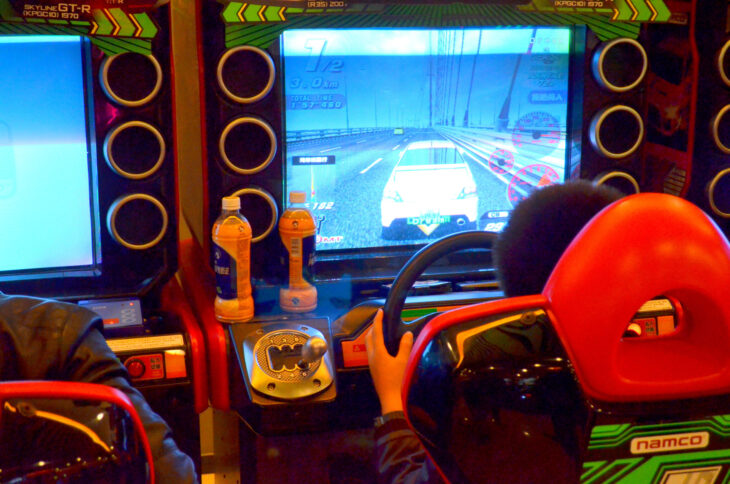 There are different types of games, and some of them are based upon the historical storyline. All those people who have some interest in history would love to play such games as they tell you so much more about ancient history and the incidents that happened in the past.
This can be beneficial for a couple of reasons. Firstly it can help you in knowing about the history of the things that have happened and secondly it increases your knowledge.
By playing such games, people would be able to learn about things that they always wanted to know or sometimes the one they knew nothing about,, and by having this gaming experience, they would be able to get to know much more that further increases their knowledge.

Help you in becoming a Better Leader

There are a number of games that encourage leadership skills in people by saving them from some danger, text your decision making power, and how you deal with the rough times not in a subjective manner but objectively and how these decisions impact the lives of others.
Directly or indirectly, these games encourage and polish the skills of a leader and allow them to act differently according to the demand and for the sake of everyone’s well-fare. 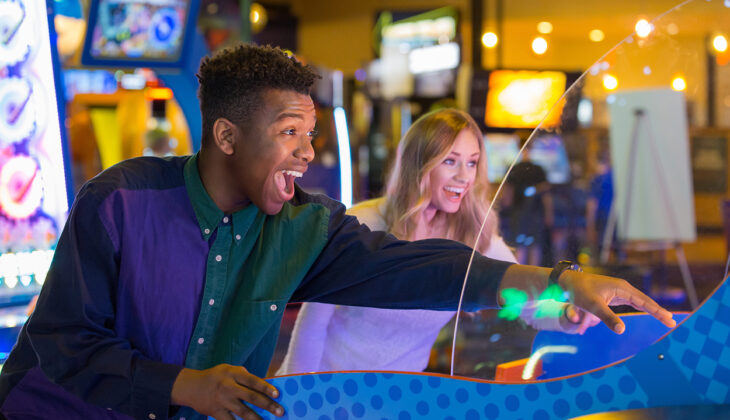 There are no second thoughts about the fact that the arcade industry has changed many things for the sake of people, and they will keep changing until the very end. We hope that this article would be really helpful for you in learning about the gaming industry and the unlimited perks it gives.