The coronavirus pandemic has changed dates or even canceled many sporting events. The Olympics have been moved to 2023, the most prestigious tennis tournament, Wimbledon has not even been held. Fortunately for all baseball fans, the MLB league will play its season, although the season has been shortened by a hundred games. Instead in March, the season began in late July, and the goal is for The World Series to end by the end of October.

The Toronto Blue Jays even had to move to play in Buffalo because it was forbidden to cross the border. However, all obstacles have been overcome and the season is now in full swing. Each team played about thirty games, which means we are approaching half of the regular part of the season. Every game is much more important than before, due to the shortening of the season and it will be harder to secure the playoffs. For that reason, you don’t want to miss a single match, and since the whole season will be played without the presence of the audience at stadiums, watching matches from your home has become the only way to follow the season.

If you don’t have cable TV, don’t despair. We will tell you which are the best streaming sites to watch MLB.

Current situation in the season 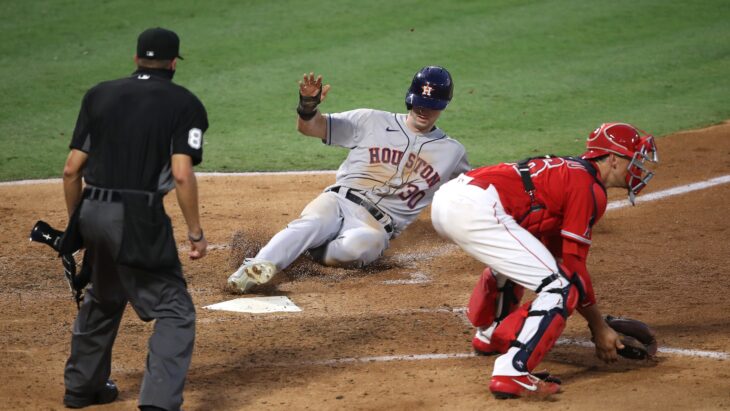 Before we tell you the best sites to watch the rest of the MLB season, let’s first do a little recap after half of the games played. The season is going without major problems for now, although the match between the New York Mets and Miami Marlins has been postponed because one player and one member of the front office were positive in the tests. If we look at the situation by divisions, there are not too many surprises. In the AL East division, the first two places are shared by the New York Yankees and Tampa Bay Rays, which was expected.

A little surprise is the last place the Boston Red Sox are. Although it was expected that they would not be as good as in previous years, they still have a very bad record. In the other two AL divisions, the Minnesota Twins and Cleveland Indians, as well as the Oakland Athletics and Houston Astros, are expected to finish in the first two positions. In the NL conference, the Los Angeles Dodgers, who will probably have the best score in the league, and the Chicago Cubs rule sovereignly. Last year’s champions, Washington Nationals play very poorly and have a score below .500. Visit totalsportek to see the match schedule for the coming days. 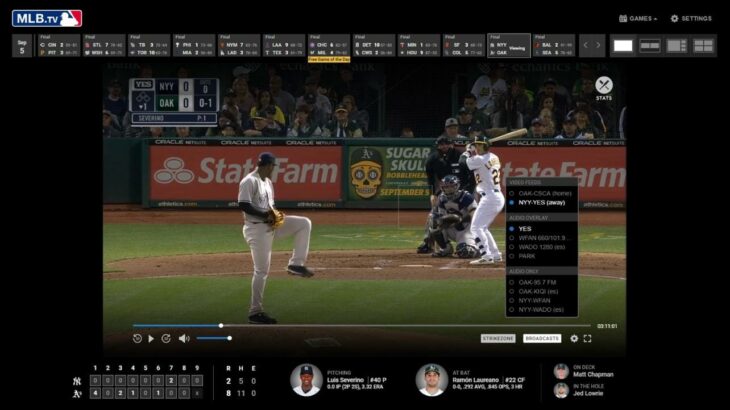 Like any major league, MLB has its counterpart NFL GamePass, NBA League Pass and NHL Live. On MLB TV you can watch all matches live, but also documentaries and all other programs related to MLB. You can also watch matches from previous years and decades. You can watch on any device, so you don’t have to be at home, but you can watch on your smartphone while you’re at work, for example. If you missed a match that interests you, you will have it available in the archive an hour after the end. The price is 60 dollars for whole season, which is significantly cheaper than last year, and the reason is the shortened season. There is a possibility that some matches will be blacked out for you, so check in advance if you can watch MLB TV in the area where you live. 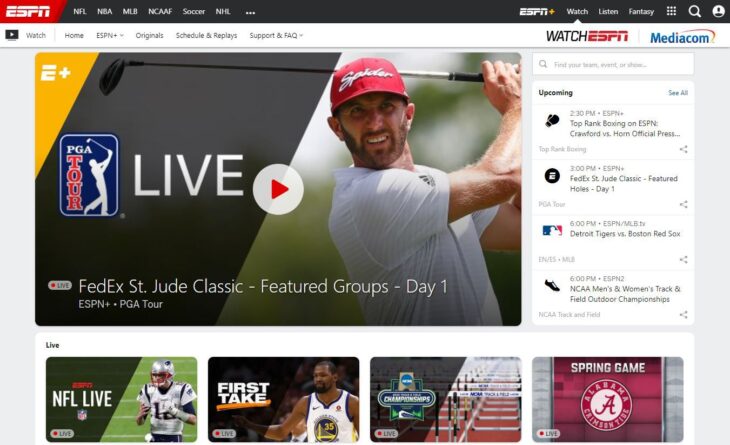 A fantastic option not only for baseball fans, but for sports fans in general. For just 6 dollars a month you will be able to enjoy baseball, NFL, soccer, UFC and all other sports. You will also have available all episodes of the famous 30 for 30 series, which is a must watch from every true sports fan. Install the app on your smartphone, phone, tablet or any device, as it is compatible even with PS4, Amazon Fire TV and many other devices. 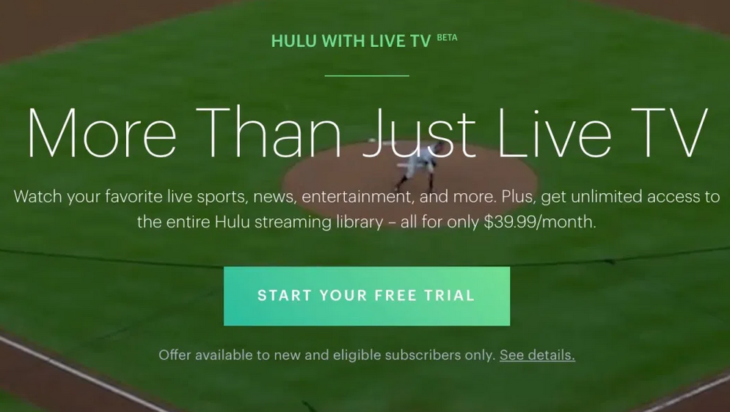 While your first association to Hulu maybe be streaming service like Netflix, Hulu still offers much more than that. Hulu offers a Live TV option, which will cost you 55 dollars a month but you will have a huge selection of programs. In addition to various TV shows, you can also watch sports on many available sports channels such as ESPN, Fox and Fox Sports 1. Which MLB matches will be available to you depends on blackout restrictions. To know which MLB matches will be available to you, just search in the app and you will have all the information. There is 7 days free trial, so you can test if it suits you. 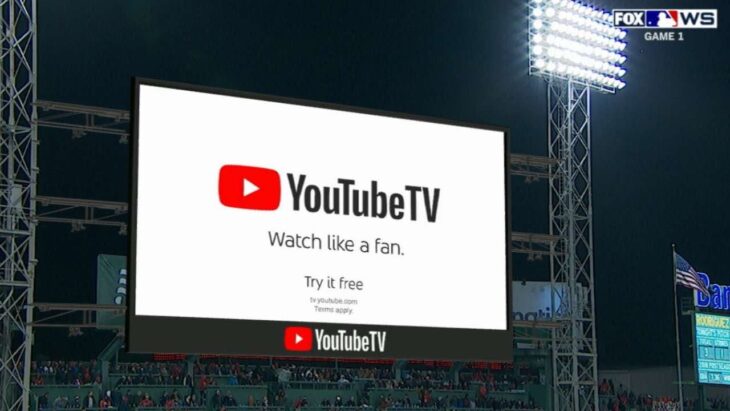 YouTube TV is an increasingly popular option. A basic plan in which you have a large number of sports channels will cost you 65 dollars. You will have at your disposal MLB network, ESPN, FS1, then you will be able to watch golf, tennis, and for an additional fee NBA is also available. The only thing missing is the NFL. 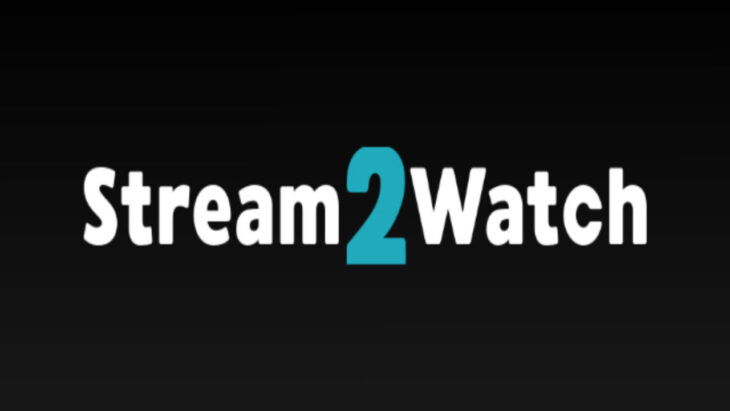 If you want a free option to watch MLB, then Stream2Watch is a great choice. First let’s tell you that you don’t have to worry about breaking the law for watching games that way. This is legal site because copyright is not valid if what you are looking at immediately disappears upon consumption. Here you can watch baseball, but also all other sports. It would only be good to have computer protection systems turned on, because pop-ups are constantly appearing, and the site does not guarantee that some of them are not malicious.

If none of the options we have offered can help you find the live MLB game you want to watch, as there are certain restrictions, Reddit is a site that can help you. Although Reddit is not a streaming site, users post links for streams and you can almost always find exactly what you need.

Car Game is No Longer a Boy’s Club

How to Organize Your Files, Folders & Documents on Mac

Emerging Trends in the Gaming Sector