10 Best Smartphones for Mobile Gaming in 2020

Mobile phones have become an unimaginable part of our lives. We use them for almost anything, from texting and talking to pass-time activities. These include browsing the internet, checking and sharing on social media and playing different games.

It doesn’t matter how old you are, you have probably downloaded and played at least one game on your phone. Big manufacturers have started to produce phones that pack so much power that they are stronger than some cheap laptops.

With great power, comes great possibilities, and makers of video games started to target the smartphone market and make video games that are very sophisticated and require a certain amount of power of the device; graphics and gameplay have improved over the years and these games can now be compared to the games played on PC, PS4 and other platforms.

Here are some of the phones that are designed to support even the most demanding games out there. 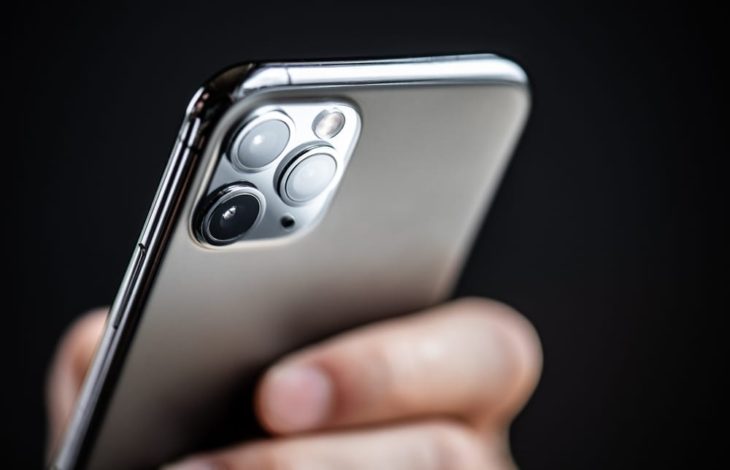 This device is relatively young on the market, and as all apple products do, it packs some serious power under the lid. It has been shown that this device has a chipset labeled as the fastest on the market.

With specific support that is provided with the app store, games are just one click away. With easy access and fast hardware, this device is a true gaming phone. Its other model, Pro Max, with a bigger screen is an even better solution. The only negative side is that it comes with a price that is very high. 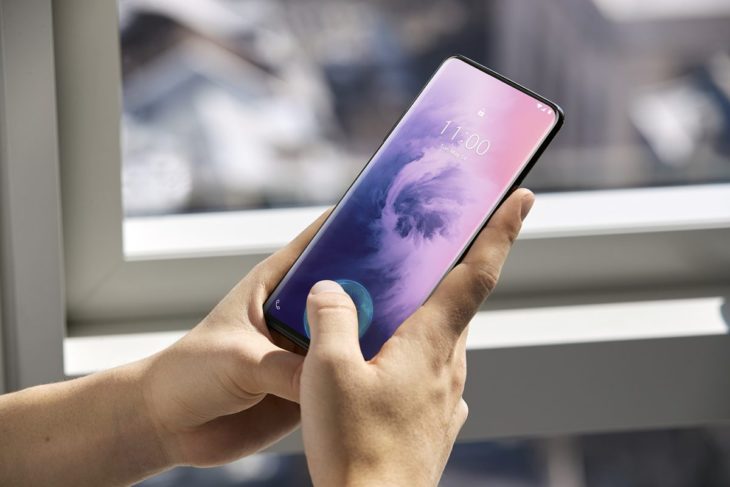 Pro version of any phone comes with the price; especially since this one comes with Snapdragon 855 chipset and display which is full HD. Unfortunately, it does not have a headphone jack, which is a big minus for this device.

This android phone comes with the latest update of the operating system, and with a big screen and battery that lasts for a whole day, it is a good choice. 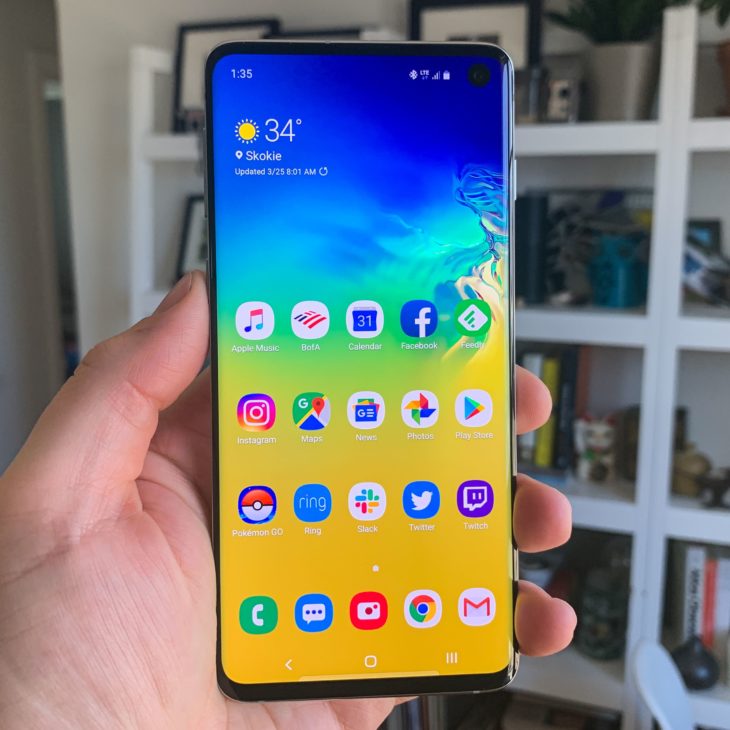 Samsungs Galaxy S10 and S10 Plus are perhaps one of the most popular phones. With a screen size of over 6 inches and a very good ration between the screen and the body of the phone, it provides a great experience in full-screen mode.

It packs powerful chipset and good resolution. It does come on the pricier side and has a design that makes the phone very slippery, so try not to land it on your face. 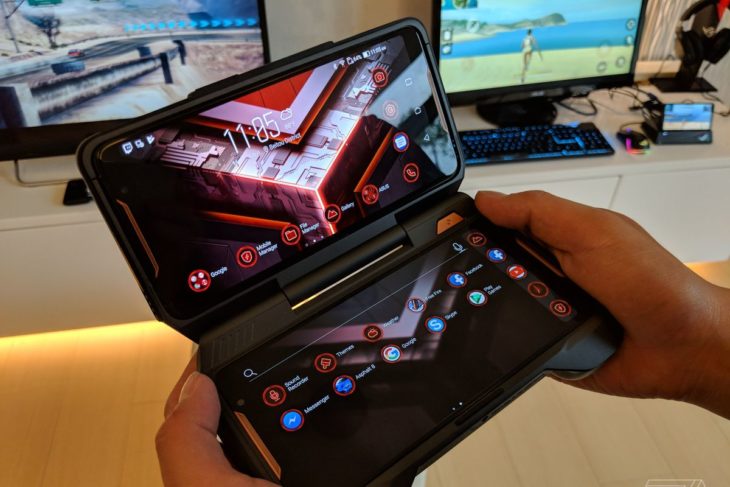 Asus is well known for producing laptops and computers, and when they have increased their production on the smartphone market it was to assume that their devices will pack some serious chipset.

With a screen that is AMOLED and has a 120Hz rate and an amazing battery capacity, it is a phone to desire for. This phone, unfortunately, has no wireless charging but don’t let this stop you in choosing it. 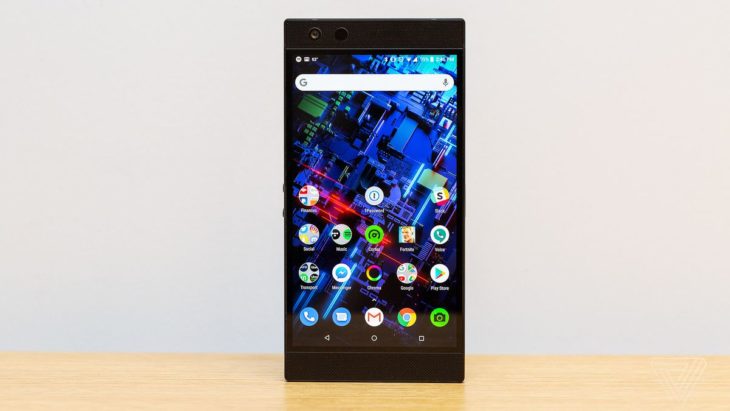 With the screen that has a refresh rate of 120Hz, it will provide you with great experience even though the screen itself is a bit smaller than 6 inches, which can be convenient for users who prefer smaller phones.

It allows expansion of the memory, but comes with, for gaming, a bit smaller storage of just 64 GB. With good battery life and excellent chipset, it will do an amazing job with gaming. 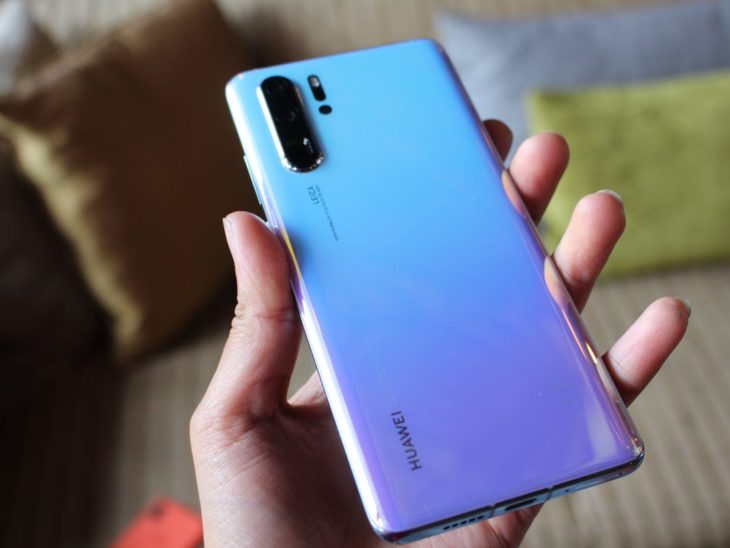 This Chinese giant has taken over the market in the past few years and provided us with quality, durability and affordable devices. This device in particular packs fantastic Leica lens camera, Kirin 980 chipset, and big, full-screen display.

It has a design that is enabling a good grab and amazing look. With a durable battery, it can last a whole day without charging. Since it constantly updates, EMUI has some problems in being smooth but it will not affect the gaming process at all. 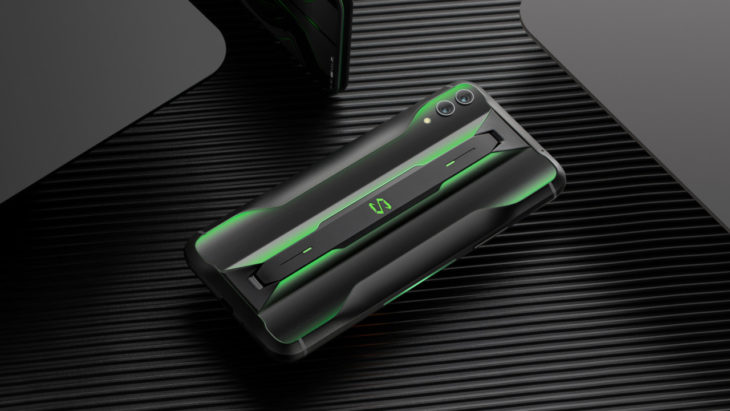 Another Chinese giant’s product, Xiaomi has entered this gaming mode and started to produce phones that meet gaming preferences. It has a lot of storage and AMOLED display, which, can sometimes present itself with issues in touch commands, which can be a setback for gaming. Battery capacity has a good ratio with screen size and allows smooth gaming during the whole day. 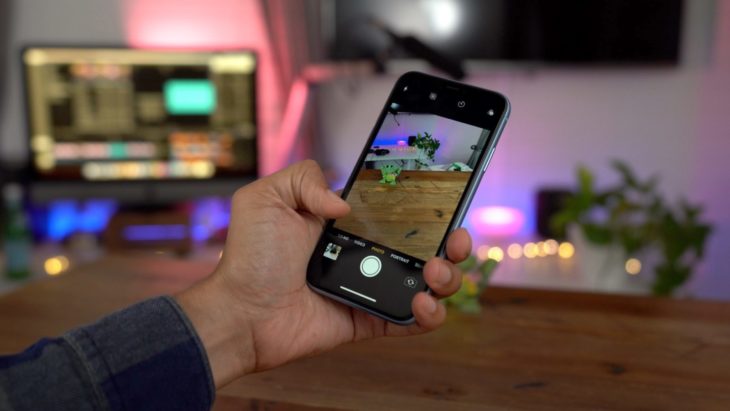 Even though it is an expensive device, it is one of the most affordable iPhones on the market. It has a good battery life and games that are one click away. The color palette this iPhone can come in is amazing.

With the latest update of iOS, it has no problem running all the games that are available on the market. If you are an Apple device user, but you are paying attention to the budget then this device is the right one for you since it has a great price to performance ratio. 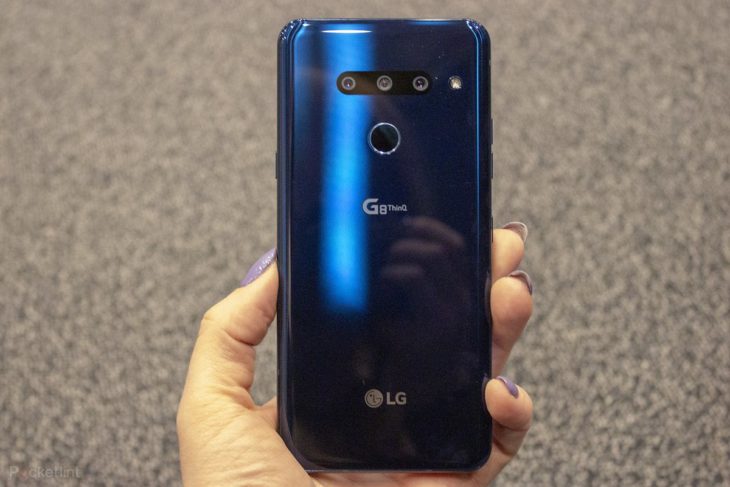 Even though it is not very popular due to not so appealing design, this one has an OLED display with a bit more than 6 inches. With good chipset and a battery capacity that is a bit lower but still provides a whole day of usage, this phone is a good choice for gaming. Some did point out that it does come a bit pricier when compared to its preferences. 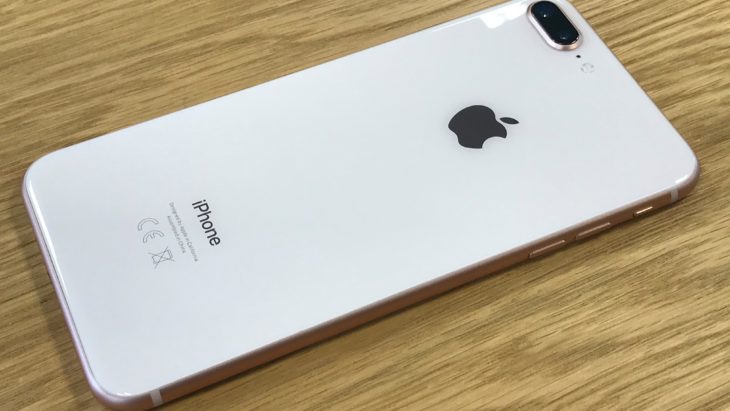 As we have started with an Apple product, we might as well end it with one. With the recognizable design, this phone is a good choice if you like the ones with a smaller screen. It is a bit older, but it has the same chipset as newer phones and with the most recent update of the operating system it will allow smooth and steady gaming.

How to pick the best gaming smartphone in 2020?

There are not too many factors to consider, but still, you can explore all your options and know what you need to look for in a gaming device! Mobile gaming has become a hit and not without reason. The massive amount of free to play games, coupled with the fact that everyone needs a smartphone today, was the main thing that skyrocketed devices like these.

With so many options on the market, you need to be clear about what you need and how will you choose the right device for you! Know that even with a lower-end device, you could get good performance and really use the phone for gaming.

Developers today are trying their best to optimize their games in today’s market! One more thing you could think of are the peripherals you could get for your device, some have even their own lines of devices like the Asus ROG 2 does. 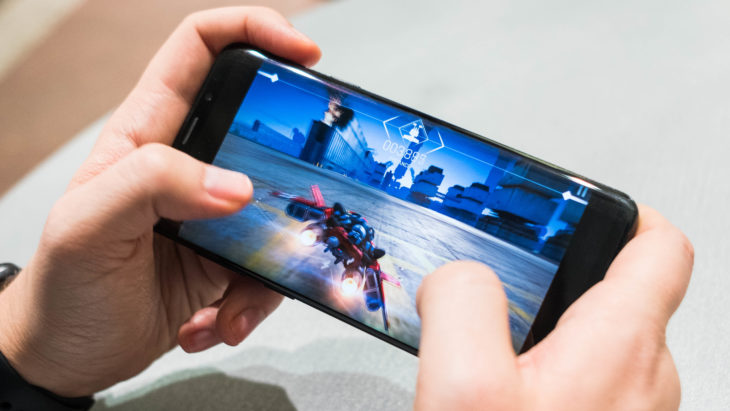 To quickly summarize, the issue is not easy, but we can point out some distinctive differences between the two operating systems.

Android is the synonym for customization; with this system, you will receive a lot of room to really make the phone yours. Android phones also have one significant advantage; you have access to virtually all emulators, that your phone can smoothly run!

According to swifttechbuy.com, iOS devices will offer a more streamlined experience that is closed off. You will also pay a bit more, but you will usually receive a device that is of high quality, which you could later resell. We also think that some apps could run smoother, and the quality control in the iOS app store is much higher than the Google Play Store.

We can’t, nor we want to tell you which system is better. It would be best if you found out which eco-system is more suitable for you and where you would feel more comfortable. 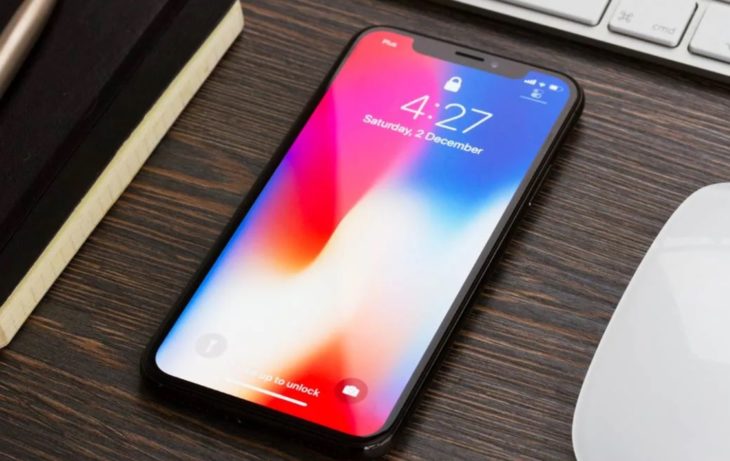 With what you currently have on the market, the display should not be too much of an issue. Still, there are some things on which you should pay attention.

The big question here is: Would you like an OLED display or an IPS LCD display!

Some models listed here have an OLED display, which has its advantages over the standard IPS LCD display. OLED displays have brighter and deeper colors. These displays will are power efficient, and your battery will last longer. The trick here is that OLED displays do not require a backlight, and they display their blacks by turning off the pixels and not showing a grey pixel as a standard LCD does.

With that, these are more expensive and getting a new screen can cost a lot.

There is the third option of the AMOLED, which works on the same principle as the OLED display. These can reproduce even deeper blacks, but AMOLED screens degrade over time and can leave in burn marks after heavy and prolonged use. Still, these are better options than the standard LCD display. 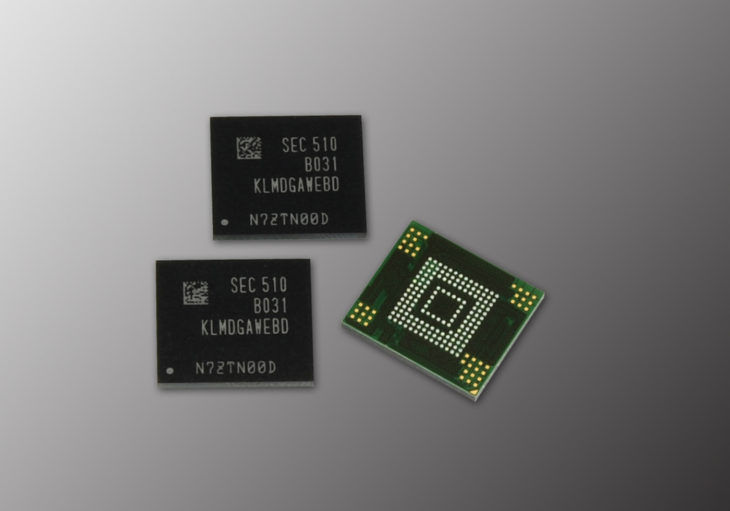 The bigger, the better in this case. 32GB can be too small if you want to install big package games and apps. The sweet spot, in our opinion, is 64GB, and if that case, you should have enough space for music and TV shows. In most smartphones, you should have the option to expand with a microSD card, so Internal Storage should not pose too big of an issue.

If you want a multitasking powerhouse that can run everything at once, bigger RAM will help! iOS devices are super optimized with just 2GB of ram, but on Android, we do suggest getting a model with at least 4GB. 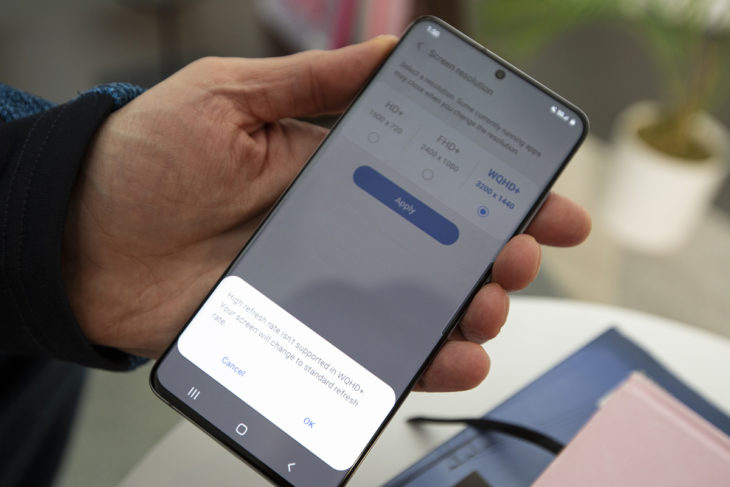 This should not worry you too much as most smartphones will come with a 1080p display, which will deliver a good resolution. We advise you better choose a display that fits your needs than to really have the resolution be the deal-breaker will you get the device or not. 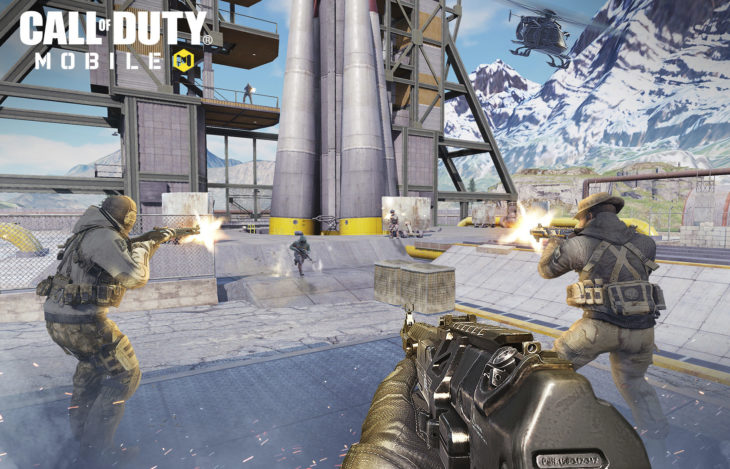 The FPS giant is going mobile and designed especially with the touchscreen in mind. With a battle royal mode, traditional 5v5 team multiplayer, and an array of iconic Call of Duty character and maps, this sure is a thrill to play. Loadouts, ranked multiplayer, and all the elements from the big console or PC brothers are there. 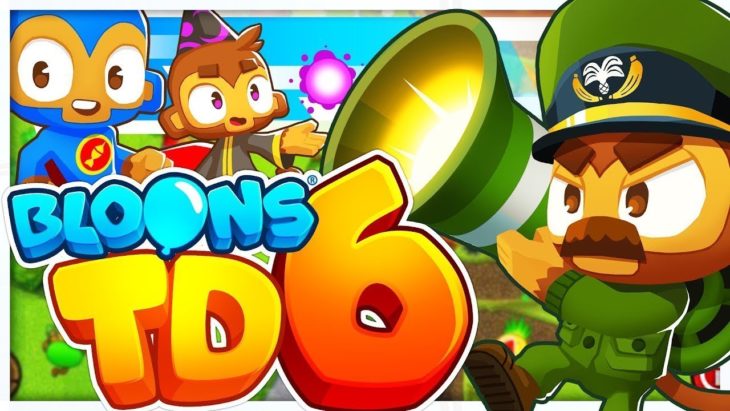 For those Tower Defense fans, the Bloons series has evolved once again, and the newest iteration is coming to mobile and PC, respectively. The giant in the genre is coming with more upgrades, towers, and more elements in the tower defense formula. Heroes, active abilities, and intense gameplay mechanics will keep you entertained for hours.

A strategy game designed for mobile first! You will colonize planets, organize fleets of spaceships, collect resources, and research your way through the galaxy. It even features a multiplayer option, but the PvP can be avoided if you would like to play alone.

Missions, diplomatic relations, and a lot of content are right there for you to play. A true science fiction experience on your mobile device! 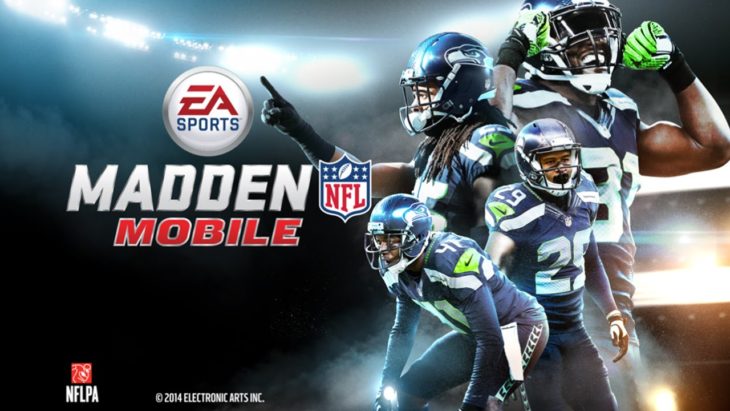 Madden on your smartphone! Get the action-packed football game where you will try to leave an impact in the NFL history. With snappy controls, you will be able to control every aspect of the game.

We do say that it is a watered-down version of its console brother, but we still think that the system if worth playing for true fans. Live events and a complex system of upgrades should keep you interested, and the graphics are the best of any mobile Madden game!

There are many devices on the market and most of them pack incredible chipsets and big RAM memories. With great screens and good battery life of devices nowadays, it only matters to find that suits your needs and fit your budget, and gaming can start.