Bone Thugs n Harmony is a group that has been part of the rap music scene for a long time now, and this hip-hop band is still performing on stages all over the world.

Even though Bone Thugs n Harmony belongs much more to the old-school hip-hop music style, these rappers also have a lot of new hardcore fans from Generation Z. Like many other music groups; Bone Thugs also had various challenges and ups and downs over the years.

Be as it may, Bone still moves forward as they are touring once again, so it’s the perfect time to buy Bone Thugs concert tickets if you want to see this impressive group perform live. What’s even more interesting is that they will perform with legendary rappers like Ice Cube, Cypress Hill, and others.

However, before you go to one of their impressive live shows, let’s see how Bone Thugs became one of the cult hip-hop groups. 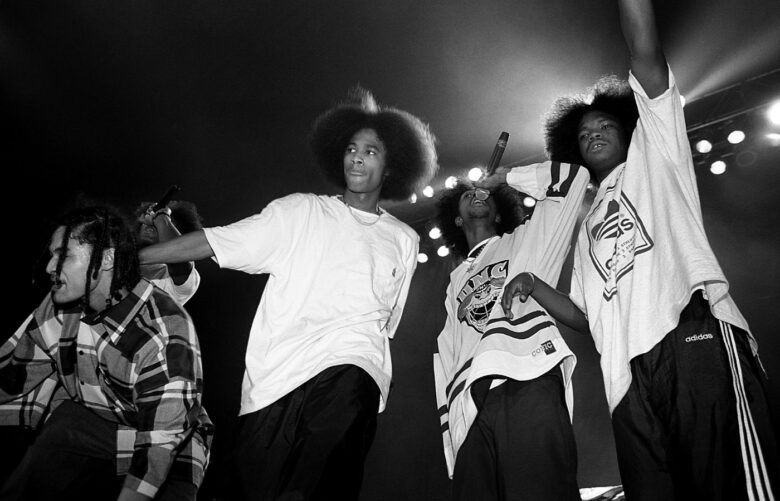 The Beginning of Their Musical Journey

One may say they were special right from the start since they don’t come from Los Angeles or New York. Bone Thugs are a Cleveland-based rap group that began its impressive journey back in 1991.

Bone Thugs n Harmony came to the hip-hop scene and culture with a different fusion of hip-hop melodies and sounds that surprised many rap fans.

However, they didn’t become popular overnight.

This group’s first name was totally different since they were known as ‘’Band Aid Boys’’, but soon enough, they made “B.O.N.E. Enterpri$e.” This band has the lineup of Bizzy, Wish, Krayzie, and Layzie Bone; in fact, every single member except Flesh-n-Bone. The band’s first supporter and mentor was Kermit Henderson. With his help, they managed to record a studio album back in 1993 by the name of ‘’Faces of Death.’’

Nevertheless, Bone Thugs were still trying to get their hands on a better record label, so they put in calls to executives. Luckily, they got an audition over the phone. In essence, they received a promise from the legend himself, Easy-E, that he would call them back.

But Bone Thugs n Harmony didn’t want to wait; instead, they were determined to find him and bought a one-way ticket to Los Angeles. The only thing they could do was to spend four months on the LA streets calling Eazy-E to find him. They had no success, but luckily, they finally found out that he was heading to Cleveland for a show.

So, they got back, and Diego Black, the co-executive producer of their first album, arranged for them to meet Eazy-E at a concert. Finally, on November 2nd, 1993, they auditioned for Eazy-E in his dressing room. He liked their performance, so they returned to Los Angeles to seal the deal.

It was Eazy’s idea to rename them Thugs-N-Harmony, but since they loved the Bone name, the Bone Thugs n Harmony band name was born. One of the reasons why Bone Thugs made it from small music events to arena live performances is because of their impressive music collaborations.

They had collaborations with the best hip-hop artists of all time, while they are also the only group that has made songs with legendary rappers who unfortunately passed away. This list includes Bone Thugs and Eazy-E, of course, and also Notorious B.I.G., Tupac, and Big Pun.

However, Bone Thugs like to mix it up, so they made collaborations with other performers from various genres. They made songs with The Game, Akon, Machine Gun Kelly, Mariah Carey, and different other singers.

Furthermore, aside from their music collaborations as a group, the band members also collaborate with rappers as solo artists. For instance, Layzie Bone collaborated with Young Noble, Snoop Dogg, and Busta Rhymes, among other musicians.

They Had Several Legal Troubles

Unfortunately, their music success is not all sunshine and rainbows since they also had some legal troubles.

In 2012, Krayzie Bone was arrested for DUI offenses, while a year later, Layzie Bone also had legal issues. He was reported because of loud music while staying at a hotel, and when the police came to check his ID, they saw that Layzie had 2 warrants for traffic violations, so he was arrested, but he was released on bail for 80,000 bucks.

And that’s not all since Flesh-n-Bone had many legal charges and issues over the years. He even went to jail in 1999 when he used an AK-47 in a dispute with Tarrance Vickers. He apologized, and the judge deemed Flesh’s life story as one of the worst cases of child abuse. He was sentenced to 12 years in prison in 2000 but came out in 2008 and reunited with Bone Thugs. 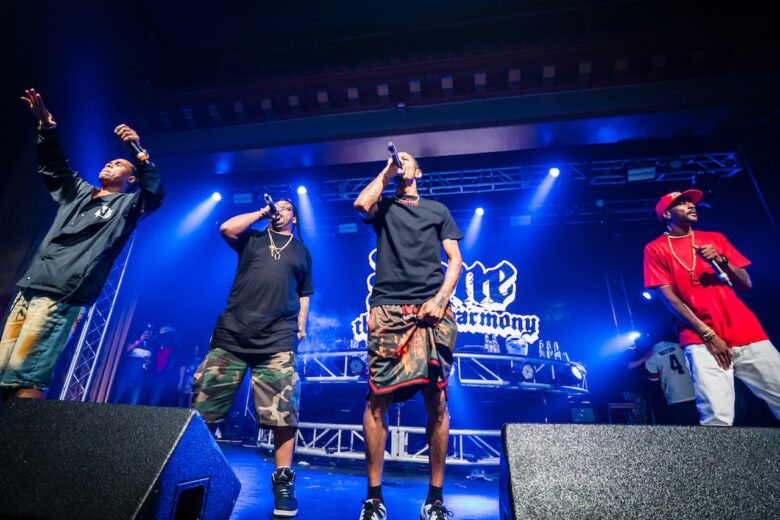 After All Troubles, Bone’s Net Worth Is Ok

Even though they had various legal challenges and have been away from a full commercial success, they still have a collective net worth that’s estimated to be around 10 million bucks as of 2022.

It’s an undeniable fact that 10 million dollars is a lot of money, but considering how long Bone Thugs n Harmony has been performing on the hip-hop music scene, they could have made much more money in the course of their musical career.

However, if they didn’t stay true to their musical roots, their hip-hop style, and their rap attitude, they wouldn’t have been such an authentic hip-hop group like no other. Bone Thugs decided to stay old-school while they also achieved commercial success, which is truly challenging for any band or singer.

To Sum It All Up

As you can see, Bone Thugs n Harmony is an authentic hip-hop group that had humble beginnings, and even though they had various legal troubles, they managed to achieve success while also having some impressive music collaborations with legendary rappers.

So, the one thing remaining for you to do is to buy Bone Thugs tickets and experience this impressive rap group’s live performance with your best friends!

7 Simple Ways to Touch Up Your Photos