Several magazines have stated how Brad Pitt can’t decide whether he wants to get back with Jennifer Aniston or continue with his romance with Charlize Theron. But the truth is much different in reality.

Some magazines have published stories about how Brad Pitt and Charlize Theron have been meeting in secret at the Chateau Marmont in Los Angeles. Brad Pitt’s representative has shared with GossipCop how the story has no truth to it and said that ever since Theron and Pit shot an advertisement for Breitling watches in 2018, Pitt “hasn’t seen [Theron] in months” and most importantly, the two aren’t dating. 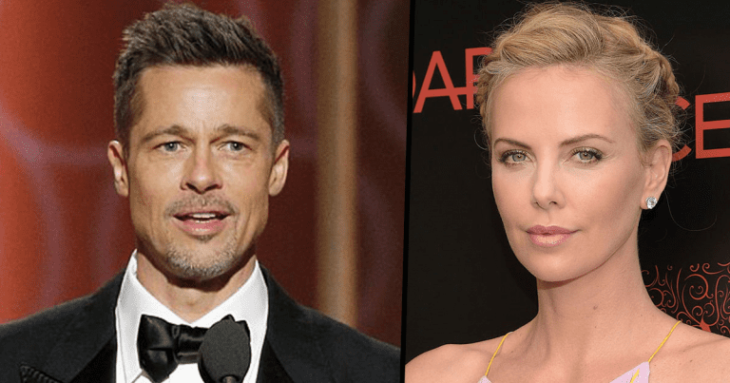 Ever since Jennifer Aniston and Justin Theroux ended their relationship, outlets have been linking her to Brad Pitt. Agents from both Pitt and Aniston’s side have stated numerous times how the two didn’t get back together, and Portia de Rossi, a close friend of Aniston shared with Us Weekly that she knew for “fact a fact” that Aniston and Pitt “haven’t seen each other” in a very long time.

However, all this hasn’t stopped In Touch from making up a story about how Brad Pitt is torn between the two actresses. “Will Charlize Steal Brad From Jen?” was one of the titles of their stories, in which a questionable source said, “He’s definitely Charlize’s type, and vice versa – it’s not surprising they’d be dating. And while Charlize has been friendly with Jen in the past, there’s no loyalty – definitely no girl-code issues about dating an ex.” The outlet went on about Pitt being ‘’at a crossroads’’ with his emotions towards the two actresses. “Jen could end up heartbroken again,” said the alleged insider, who also said how Pitt’s friends think that Pitt should leave behind “his complicated relationship” with Aniston and move on with someone new.

It should be noted that the same magazine, In Touch already had some made up stories, like Pitt and Aniston expecting a ‘’miracle baby.’’ Pitt is not dating Aniston, nor Charlize and he is definitely not deciding whether he should date Aniston or continue with Theron.

What a Manicure Can Tell About a Girl