Buying On The Costa Blanca – What Are Your Options?

The Costa Blanca (White Coast) is the stretch of coastline that runs north and south of Alicante, spanning a little more than 200 kilometers. It is located on the southeast of Mainland Spain. Starting at Denia in the north and ending at Pilar de la Horadada in the south. The Costa Blanca is a much-desired vacation destination for people from all over Europe, in particular from the UK, France, Germany, and Scandinavia.

Traveling from the northern part of the Costa Blanca down to the south, you will discover the scenery is quite different. The resorts of Denia, Javea, Calpe, Altea, Benidorm, and Villajoyosa are a lot greener than the more southern Costa Blanca towns and feature backdrops of mountains, which are close to the sea. Once you have passed, Alicante, Santa Pola, Guardamar, Torrevieja, and Pilar de la Horadada are the most visited and well-known resorts.

On the southern stretch of the Costa Blanca, you have to drive 10-20 kilometers inland to see mountains. That means this section is drier, and the region offers one of the best all-year-round climates in Europe.

If you have decided to move to the Costa Blanca, you will be joining hundreds of thousands of other ex-pats from all over the world who have already made a move. Here we provide a brief description of the more popular relocation towns in this beautiful part of the world, starting from Denia in the north to Pilar de la Horadada in the south.

While this is only an essential guide, we hope it will be of some help if you are looking to buy a property on the Costa Blanca. For a great choice of Costa Balance, bargain properties visit www.javea.properties. 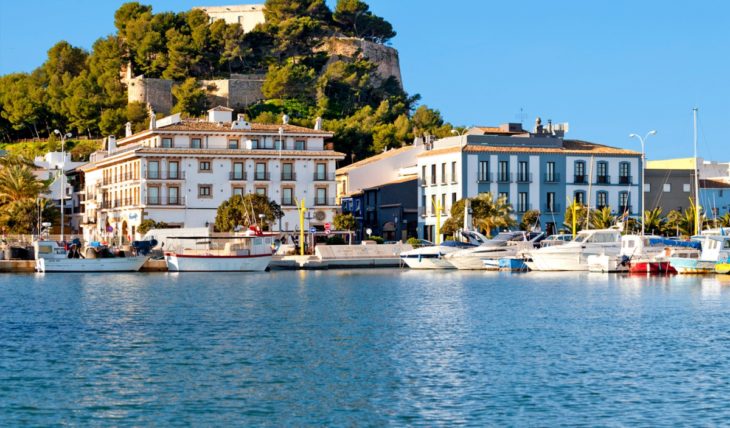 With a population of more than 40.000, Denia is a resort where you can find something for everyone; golf, restaurants, shops, beaches, and mountains are all available right on your doorstep. In the town center, there are several attractive squares or plazas with restaurants selling local fish and all kinds of traditional tapas. From Dania, you can travel to Ibiza in 3 hours 30 minutes by ferry. 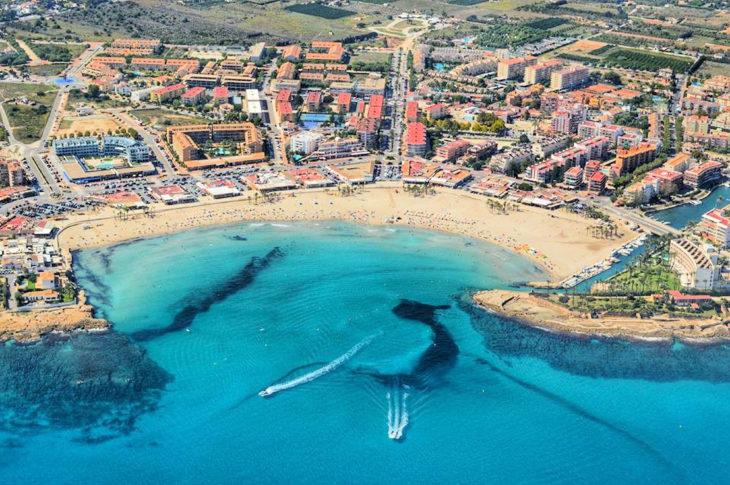 Around 10km to the south of Denia on the other side of the majestic Montgo Mountain in Javea. Javea is situated in the middle of two rocky headlands, which provide magnificent scenery and snorkeling, which have helped make Javea a popular choice for tourists. Javea has almost 30.000 inhabitants, of whom a little over half are foreigners. Thanks to the mountains sheltering the resort, Javea has a fabulous microclimate and is recommended as one of the healthiest places to live on the planet by the World Health Organisation. 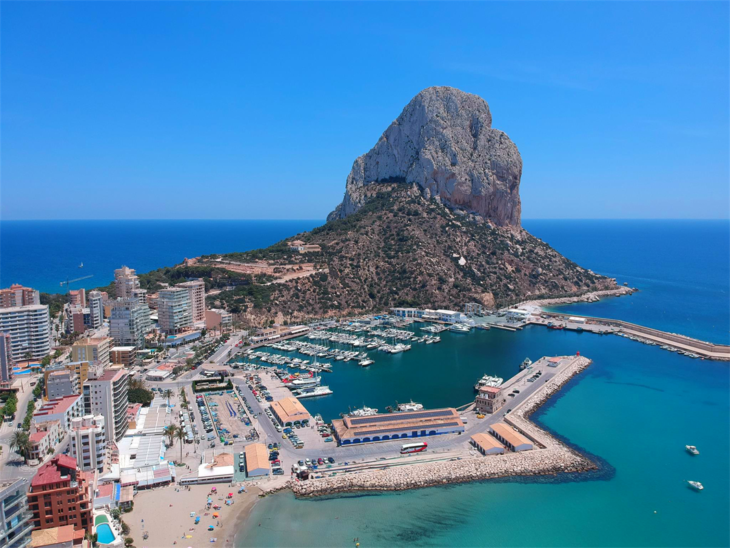 Some 26 km south of Javea is Calpe. Calpe is a popular Mediterranean coastal resort with a good selection of holiday accommodation, beautiful beaches, and a population of around 30.000. What first grabs most visitor’s attention in Calpe is a giant 332 meters rock, called the Peñón de Ifach. The Ifach is connected to Calpe, but for the best part sits in the Mediterranean Sea. It’s possible to climb to the top of the Ifach, where you will be greeted with magnificent views. 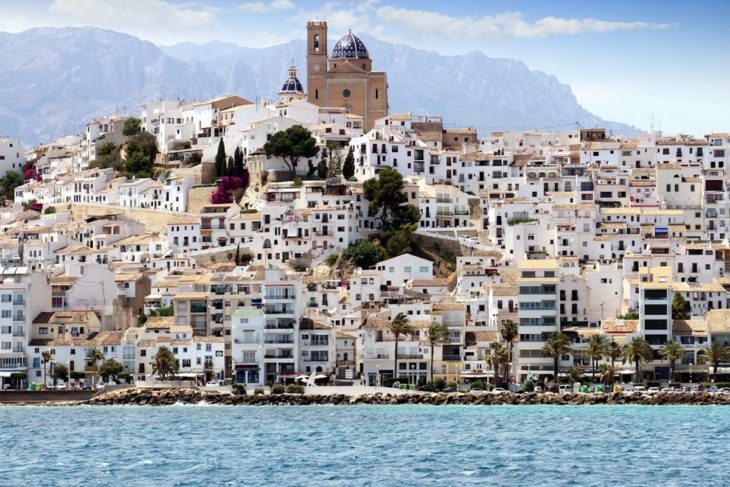 A drive of 11kms to the south of Calpe brings us to Altea. Altea is one of the most attractive villages on the Costa Blanca with a pristine beach promenade, a great choice of holiday homes, restaurants selling local and international foods plus quaint, quirky shops filled with artisan products. The old part of Altea is a typical Spanish village with whitewashed townhouses in a labyrinthine of narrow streets that offer stunning Mediterranean views. 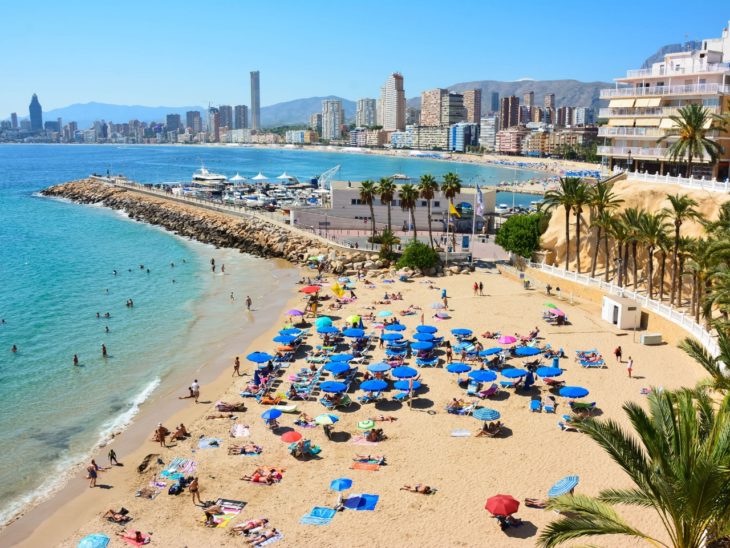 Around 12km south of Altea, we find Benidorm. Benidorm is described as many things, but an accurate portrayal is probably “Europe’s Manhattan” due to the significant number of impressive skyscrapers, including Intempo, a 47-floor, 198-meter-high skyscraper. Benidorm has the highest number of high-rise buildings per capita in the world.

Back in 1960, Benidorm looked very different from the concrete jungle it is today. It was a small sleepy fishing village. Still, because it boosted some fantastic beaches and natural parks, the then-mayor had the foresight to develop it into a touristic paradise with hundreds of hotels, bars, and restaurants. Today, Benidorm is visited by approximately 5 million tourists a year, with the vast majority coming from the UK. 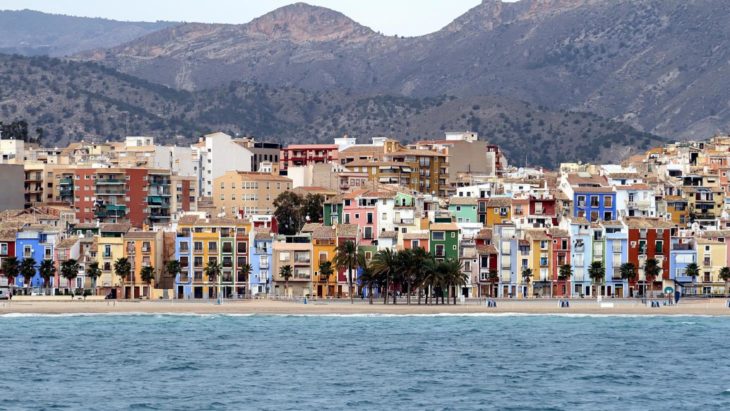 Around 11km to the south of Benidorm, we arrive at Villajoyosa., La Vila, as the locals call it, is a typical Spanish coastal town with around 34.000 residents. Villajoyosa has more than 3km of beaches, a delightful marina, a beachfront promenade that stretches along the accessible central shore, and famous iconic multi-colored houses. 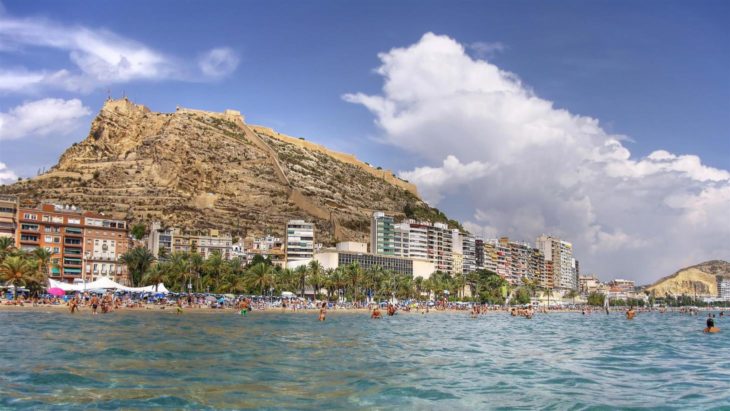 Some 33km to the South of Villajoyosa is Alicante. Alicante is located more or less in the middle of the Costa Blanca. Just outside, Alicante is Alicante Airport, the landing place for a large percentage of the visitors to the Costa Blanca. Alicante itself is quite a large city with 330.000 residents in the center, a number which rises to 750.000 if you include the metropolitan area. Alicante features many shops, restaurants, bars, a wide promenade, a busy marina, and beaches. 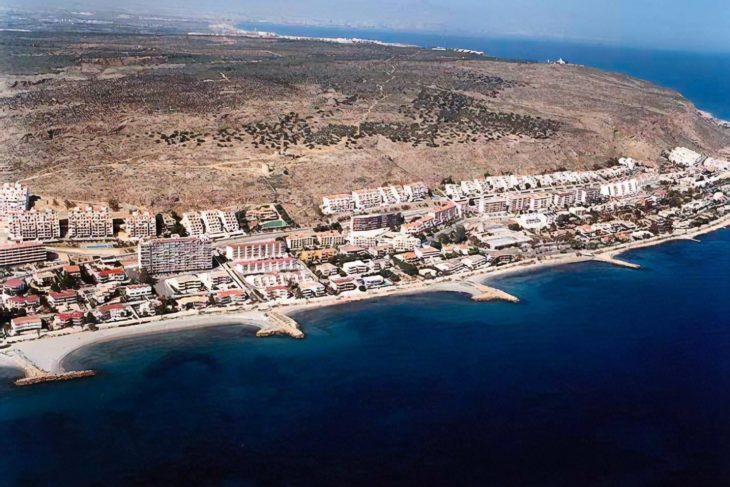 Around 19km to the south of Alicante is Santa Pola. Santa Pola has about 30.000 inhabitants, including 10.000 that live in the neighboring city of Gran Alacant. Santa Pola is well known for its fishing industry and salt production. Many of the tourists to frequent Santa Pola come from nearby, namely the city of Elche. 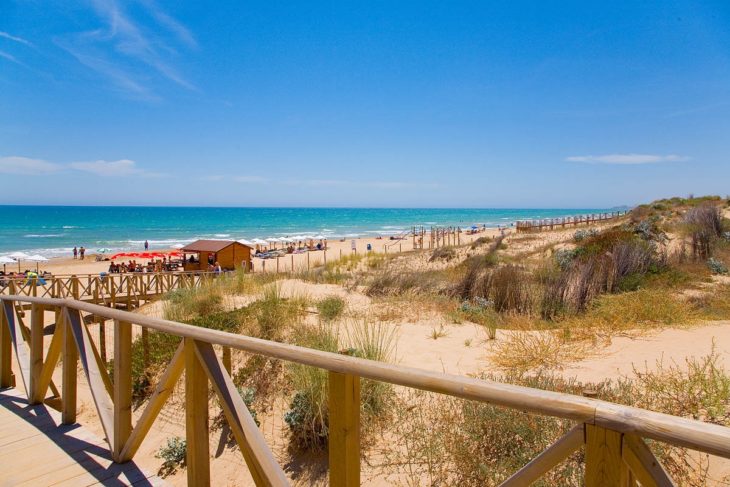 A drive of almost 19km to the south of Santa Pola brings us to the village of Guardamar del Segura, situated at the mouth of the river Segura. With around 16.000 inhabitants, Guardamar is a tranquil town with more than its share of restaurants, shops, and plentiful parks. Guardamar is famous for its beaches, with more than 10km of beautiful sandy coastline. 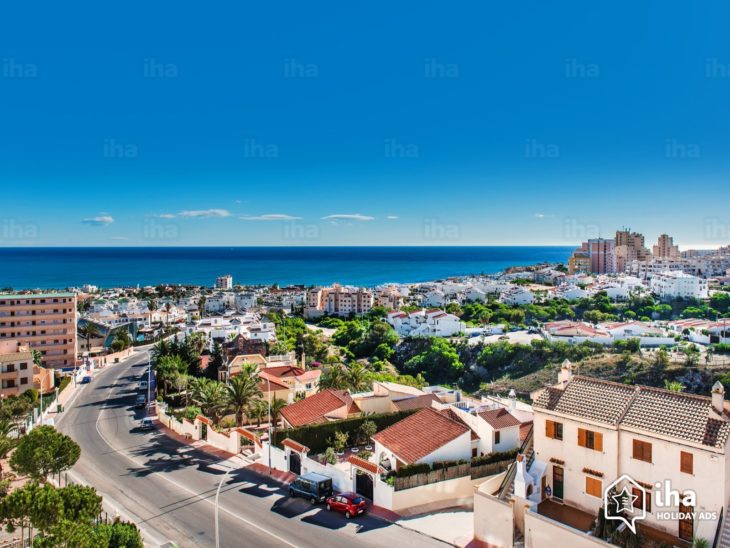 Travel 16km to the south of Guardamar, and you will find Torrevieja, the third largest resort on the Costa Blanca. Torrevieja has a population of around 83.000 inhabitants. However, as a significant tourist town, for the best part of the year, more than 200,000 people stay in Torrevieja. The city has a splendid microclimate created by two nearby salt lakes and inland mountains. 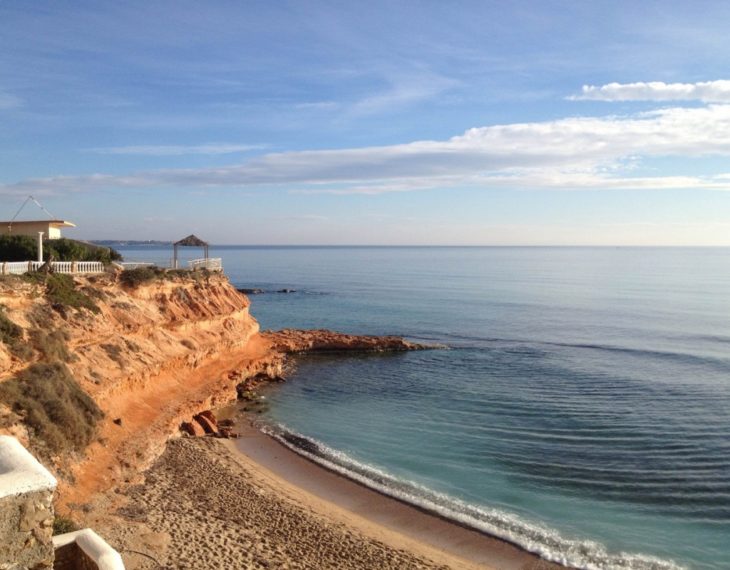