Winning the Champions League is no easy task unless you’re Real Madrid. The Spanish capital outlet manages to win the competition every now and then, and it seems like they’re in the ending phases of CL each year. For some other teams, the fortunes are not so kind. It’s hard to single out favorites especially this early in the season, but one of the teams that are most talked about is without a doubt Manchester City. For years now the blue Manchester team aims to win the one trophy that keeps evading them.

It has been more than a decade since the team started investing heavily in the squad but the CL success was nowhere to be found. Players and managers came and went, and nothing changed. They are still lacking the final touch which would definitely make them one of the powerhouses on the European continent. It seemed that they were destined to win it all last year, but Real Madrid stood their ground and won another CL trophy. Some would argue that Man City lacks luck more than anything else as they have a strong squad and arguably the world’s best manager.

Another Champions League campaign started, and once again City is dubbed as the favorite to win it all. Is this true? Are they the best claimant for the trophy which some deem as most valuable in football? It’s still early in the season, but you could claim that. Of course, they already had a few hiccups on the way, showing that they can be contained. Still, the question remains to linger can Manchester City finally win the UEFA champions league 2022/23? Let’s try and dissect this question. 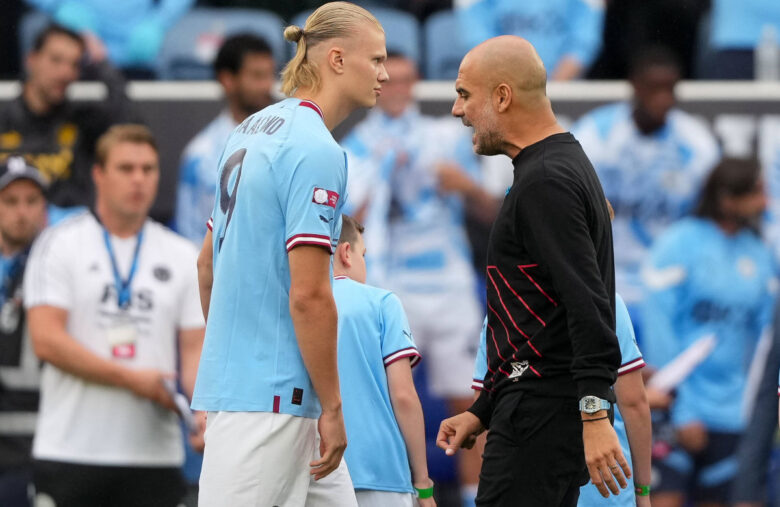 This is where the calculus gets easy. You need to pass the group stage in order to reach the finals. Later on, it all comes to the draw. Of course, it’s best if you win your group, and hope for a weaker competition in the first elimination round. The City has been drawn in Group G together with FC Copenhagen, Seville, and Borussia Dortmund. At the moment they have ten points leading the group. They will most likely end up as the first team in the group considering their next match is a home game vs. the Danish outlet. They’ll be in for some old-fashioned revenge after drawing the last match. As far as things stand now, City will have an easy way out of Group G. This was to be expected as they rarely have issues exiting the group stages. What awaits later deserves their attention. It is important to be in good form once spring comes around the corner. That’s when the champions are made.

Man City is one of the teams that has the best form at the moment in the whole world. The Premier League is theirs to lose, despite sitting second behind Arsenal. No one sees the Gunners as a team that will be able to keep on dominating till the year ends. On the other hand, we have City led by Erling Haaland who is on a warpath. The man will rush many records this year with his goal-scoring prowess. The league wasn’t ready for him, and the Champions League will suffer too. Yes, City has a lot of players who will be absent due to the World Cup, but the best still awaits them. Haaland is one of their key players who will miss the competition. At the moment he’s the Premier League’s leading goal scorer with 15 goals and no one comes close. In the CL he’s leading the way with 5. If you’re a fan of kumpulan situs judi bola terpercaya you can put your money on him to win the golden boot in both competitions. 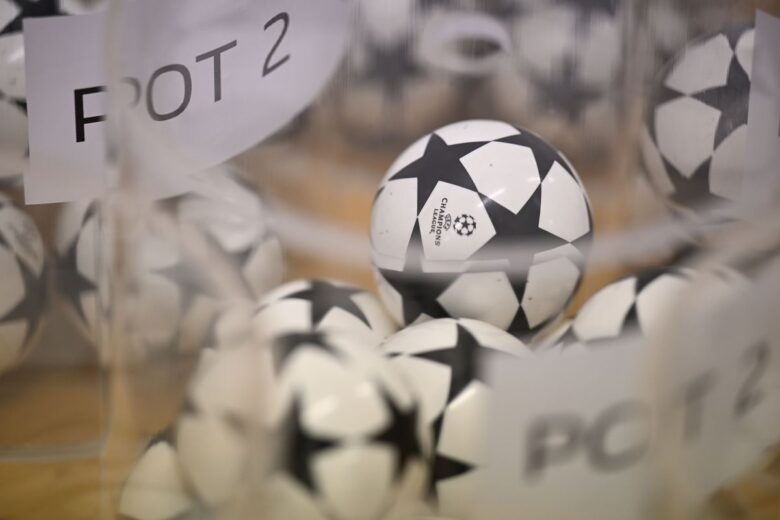 The Squad and the Manager

Pep Guardiola is one of the best if not the best football managers in the world. He’s proven this over the years with his teams playing some of the best football in all competitions. Of course, he’s been missing the big trophy since he last won it with Barcelona. In the last few years, it is evading him despite having great teams both in Munich and Manchester. While his Bayern teams were great this City appears to be on another level. With the likes of Haaland, Kevin De Bruyne, Rodri, Ruben Dias, Ederson, Mahrez, and Cancelo the team looks unstoppable at moments. They’re covered in all positions, with older stars such as Gundogan and Silva to young starlets such as Phil Foden and Jack Grealish. It doesn’t matter who’s playing, they are always attacking and playing for the win. This squad has the needed quality.

As always, there are competitors. The City is not alone in the world. The last match showed that they have flaws and that there are matches to be lost or drawn. Also, other teams will not stay idle letting them win it all, and Pep cements his legacy. Other teams who are looking to win it all include Real Madrid and Barcelona if they manage to pass the group. German giants Bayern Munich are always there with PSG being quite close with their project. Also, we shouldn’t neglect dark horses such as Atletico Madrid who can create problems for any side. At the moment City looks poised to go all the way, but that’s been the case almost every year since Guardiola took over. 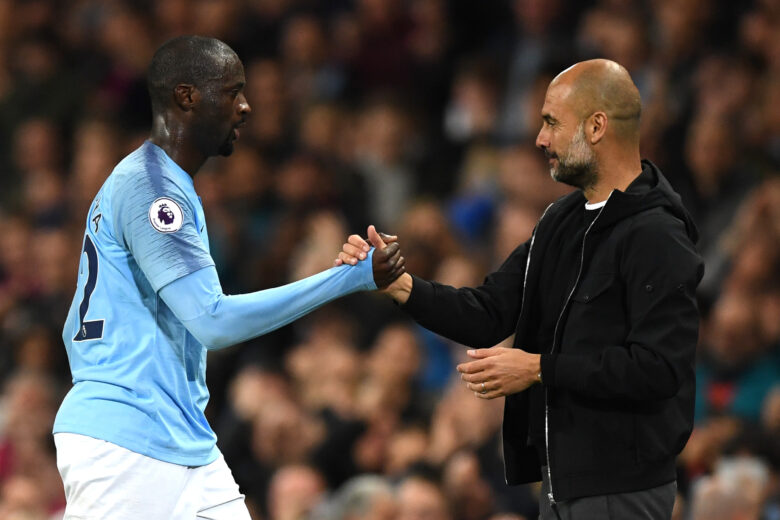 If you’re superstitious you’ll need shaman help to aid City to win the champions league. It has been rumored for a while now that Toure and his agent put a curse on City and Guardiola to never win it all because the Ivory Coast legend didn’t receive a new contract and wasn’t respected by the club and the management. Yes, this sounds like crazy talk, but how do you explain the loss in the last year’s final or the time VAR destroyed their dreams against Tottenham Hotspur? There’s plenty of talk revolving around this and for some, it is easier to believe in the curse than in the lack of on-field quality.

Stranger Things R34: Why You Shouldn’t Never Google It if You Are a Fan!

What To Do Before A Long Distance Move

The English Premier League- Is it The Best?