What Happened in the UEFA Champions League First Round of 16?

The first round of the UEFA Champions League round of 16 finished this Wednesday and it brought us some thrilling encounters and some not so much. Europe’s elite competition saw the likes and Liverpool taking on Bayern Munich, Atletico Madrid hosting Juventus, and Manchester United hosting French powerhouse Paris Saint Germain, to name a few. 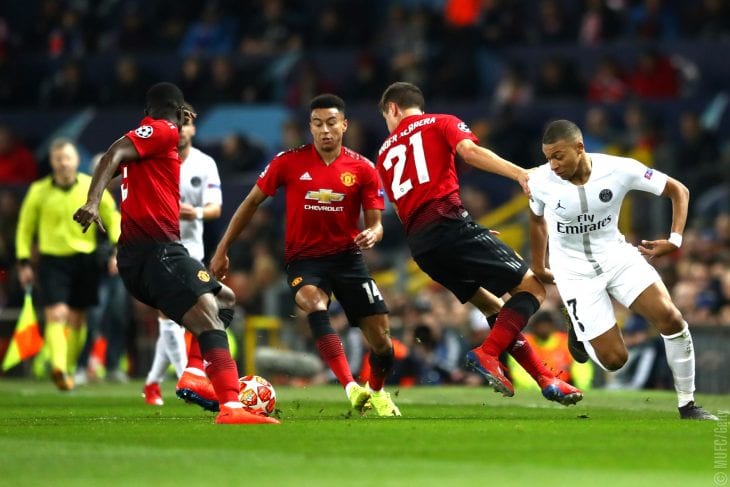 One of Europe’s heavyweights clashed last Tuesday at Old Trafford in a tie that saw Manchester United favorites before the game itself took place. However, things were different on the pitch as the absence of Neymar and Cavani didn’t stop the Parisians from scoring 2 quick fire goals from Kimpembe in the 53rd and Mbappe 60th minute, all while conceding zero at Old Trafford.  This puts them in the driving seat for the return leg at Parc de Prance. What’s more damning for the red devils is that Paul Pogba was shown a second yellow card and will miss the return leg, subsequently lowering United’s chances of going through the quarterfinals.

The game between Ajax and Real Madrid was controversial. Real Madrid edged past Ajax 2-1 through the help of VAR.  This was the first time VAR had been used in a Champions League match. Karim Benzema opened the scoring in the 60th minute followed by an equalizer from Hakim Ziyech in the 75th. A late goal from Marco Asensio in the 87th minute sealed the win for Real Madrid. But things could have gone different if Nicolas Taglifico’s header wasn’t ruled offside though VAR in the first half. Ajax had another chance to score in the 20th minute through Dusan Tadic, but his shot came off the bar.

You can get all the latest news around world football at Bong da truc tuyen. 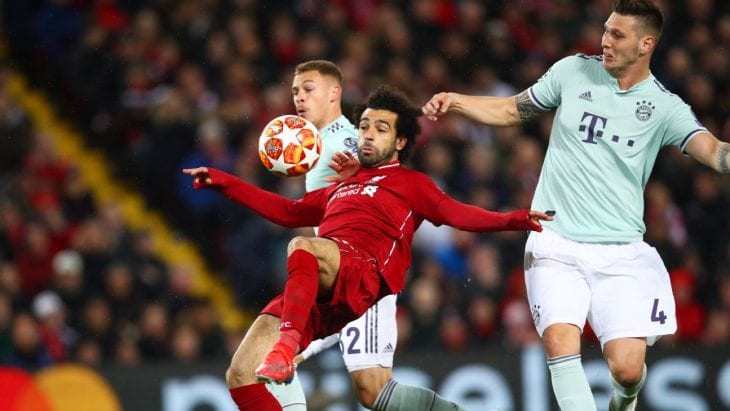 This match saw Jurgen Klopp facing against one of his old rivals Bayern during his time in Germany. Jurgen is not the biggest fan of Bayern Munich having seen the Bavarians take several of his players during his time at Borussia Dortmund. The game promised to be a real European thriller with two of the most prestigious clubs facing under the light of Anfield. However, the game itself ended 0:0 with Liverpool probably keeping one eye on the Super Sunday clash at Old Trafford against arch-rivals Manchester United. Liverpool failed to get one over the Bavarians but managed to keep a vital clean sheet at home, seeing that Virgil Van Dijk was suspended and Fabinho had to fill in his shoes. With the score intact, the game at the Allianz Arena promises to be a real nerve-racking experience for both clubs.

Jose Gimenez and Diego Godin’s late efforts were enough to seal a much needed 2:0 result for Los Rojiblancos. Both goals came late in the 78th and 83rd minute at the Wanda Metropolitano stadium where Diego Simeone’s men had the bragging rights over the club from Turin.  The game was looking like it was going to end in a scoreless draw, after the goal from new man Alvaro Morata in the 70th minute was ruled offside by VAR. Cristiano Ronaldo was booed all over the pitch, seeing that he has close ties with Atletico’s arch city rival Real Madrid. But the most important thing is that Atletico managed to keep a clean sheet and to know how defensive Diego Simeone’s men can play, the returning tie at Turn is going to be a really frustrating one for Massimilano Allegri’s men.

Benefits Of An E-Book platform

5 Great Gambling Nights Out In The UK