Celebrities On The French Riviera: Which Famous Faces Have We Spotted?

The French Riviera is without a doubt one of the most beautiful places in the world. It’s no wonder why so many people from all over the world – celebrities included – are attracted to this region in Southern France.

The Cote d’Azur is known as the place to see and be seen, with glamour emanating from every superyacht harbour and exclusive beach club. At the same time, there are plenty of best-kept-secret destinations to suit those celebrities who would rather keep out of the press.

With countless luxury hotels and private villas, there is no shortage of places to stay, with some A-Listers falling in love with the Cote d’Azur so much that they purchase their own homes here, allowing them more privacy.

Furthermore, locals are pretty friendly to newcomers and are used to having celebrities moving into their neighbourhoods. They are not interested in disturbing them in any way. So, it is understandable why this sunny coast is one of the favourite holiday destinations for the rich and famous.

Discover which celebrities were on the French Riviera recently below.

Coolest Celebrities On The French Riviera

Cristiano Ronaldo and girlfriend Georgina Rodriguez spent some time on their £5.5 million yachts in Saint-Tropez this August. It has been reported that Ronaldo was enjoying a well-deserved break after his football club Juventus was knocked out of the Champions League. These stars visiting the Cote d’Azur spent their time soaking up the Mediterranean sun and donned snorkeling goggles to jump into the sea.

Happy to share these beautiful moments with you! 👩‍❤️‍👨😘 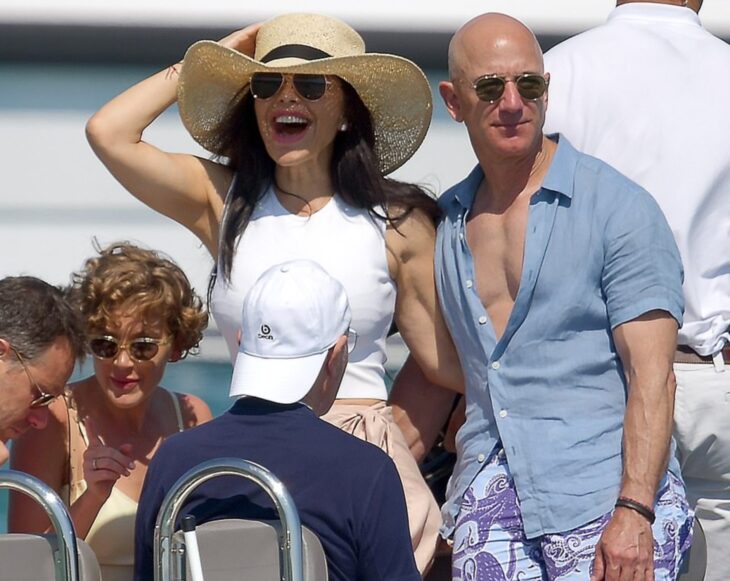 Bono is one of the best-known residents of the French Riviera. He lives in a small town between Monaco and Nice. Many US celebrities choose to settle in Los Angeles or New York, however Bono reportedly decided to move to this part of France for a couple of reasons; firstly, he enjoys the privacy it offers, and secondly, the French Riviera seaside is one of the most beautiful in the world. Last summer, he was spotted lunching with who else but the Obamas, at the two-Michelin-starred restaurant La Chèvre d’Or in the medieval village of Èze. 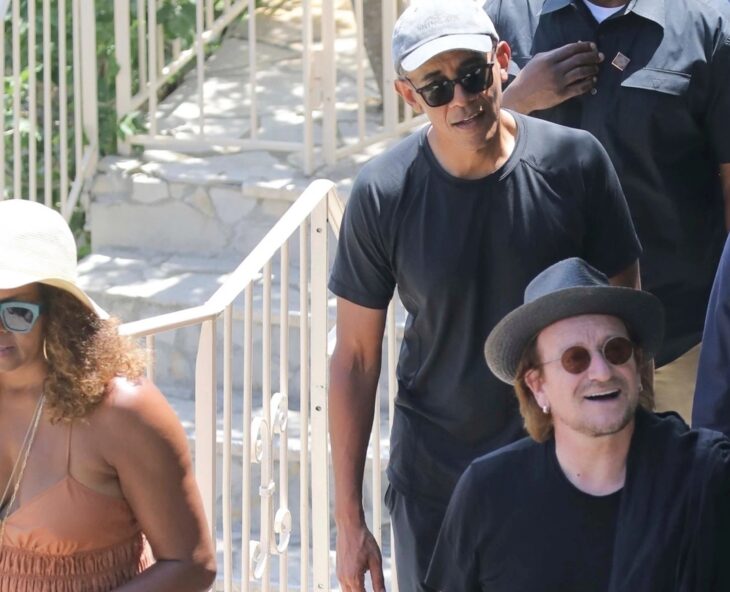 German fashion designer Philipp Plein visited Saint-Jean-Cap-Ferrat in early September this year, flanked by two extremely glamorous women and looking very happy. He was also spotted a couple of days before arriving in Monte-Carlo in his ultra-luxury car, a Rolls-Royce Phantom. He is often reported to say that this part of the world is one of his favourites. So, it shouldn’t come as a surprise that he is here so frequently.

They say choose wisely, that’s why I was chosen ◼️

Dame Joan Collins summered at her home in Saint-Tropez this July, making time to lunch with a fellow celebrity on the French Riviera Piers Morgan, and to soak up the incredible seaside views that this chic town offers. She was reported to also be staying aboard a luxury yacht for some of her trip – what better way to see the Cote d’Azur?

Eat life or life will eat you – and we certainly did eat last night. Yes we are blessed to have this bounty, and #grateful

Last August saw this Keeping Up With The Kardashians star embark on a European escape with beau Travis Scott and daughter Stormi Webster. She was reported to be exploring the French coast with her family and friends, including Kris Jenner, Scott Disick, and Sofia Richie, heading to Cannes via yacht to spend some time enjoying the delights of the Hotel du Cap-Eden-Roc.

Baby we should hit the South of France✨

Last year, Post Malone released a music video for his new track Saint-Tropez, filmed mostly in – you guessed it – Saint-Tropez! In the video we see Malone looking dapper while showing off his collection of luxury sports cars, which includes a new Bugatti. He even sips on rosé, the classic drink of the Provence. Elton John and his partner, David Furnish, are amongst the most famous couples who visit this part of the world pretty much every year. The reason why they are so frequently in the French Riviera is that they own their own home in one of the most exclusive parts of Nice, the Mont Boron, a hill on the side of the town which offers a stunning view over the Bay of Angels.

Last summer, Elton was spotted at the Palais des Festivals in Cannes, attending Cannes Film Festival to present the first biopic made about his life, Rocketman.

Lunch in the garden with this lovely man. We haven’t seen each other since the Golden Globes. Love him so much ❤️🚀 @taron.egerton @rocketmanmovie

We hope you enjoyed this guide to the hottest stars visiting the Cote d’Azur. Wish you could have been there with them? Why not get in touch with Cap Villas to rent a villa near Bono’s place next summer and be in the heart of the A-Lister action… you won’t regret it!