Bradley Cooper was successful before A Star Is Born, but this particular movie brought him even more fame, success and wealth. With his popularity growing, so are the rumors about his feuds with his fellow co-stars. Here is a list of celebrities who apparently can’t stand Bradley Cooper. 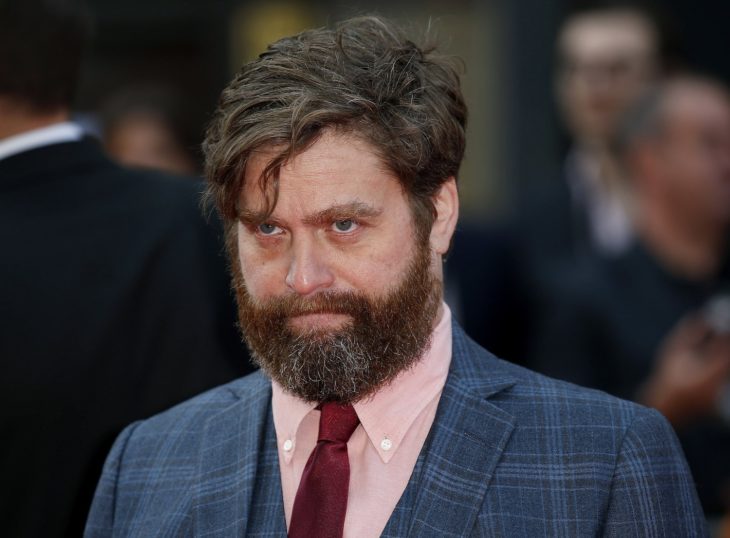 The Hangover is what made Cooper popular. By the time The Hangover 3 started shooting, he and his fellow co-star, Zach Galifianakis had a rift. “The gossip behind the scenes is that there was a disagreement between the team” stated Glamurama. They mentioned that it had something to do about “the stars were three hours late, and branded Bradley a ‘diva.'” But Page Six later revealed that the reason Galifianakis didn’t appear at the press conference in Brazil is that the movie’s press conference was “on a peak near Brazil’s famed Sugarloaf Mountain.” “The only way to get up there was by cable car,” said Page Six, and so the actor “called into the press conference to let participants know, and made a few jokes.” Cooper and Galifianakis later worked together on Galifianakis’ Funny or Die series, Between Two Ferns, and it appears that the rumored feud was just a rumor. 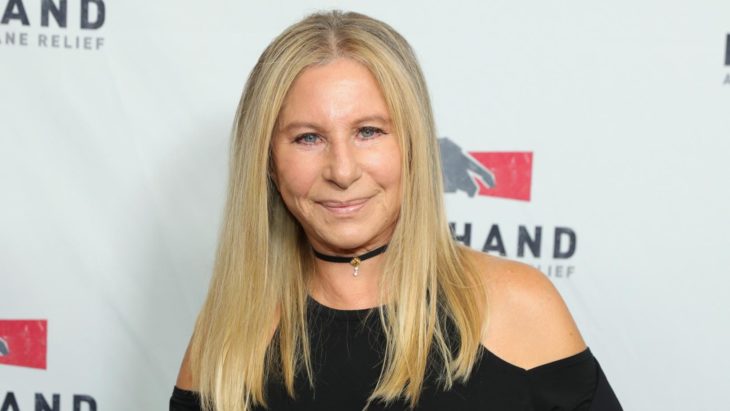 Barbra Streisand was the main actress in the 1976 version of A Star Is Born, and she allegedly “feels offended no-one seemed to even want to acknowledge her, let alone take any advice.” But, Streisand shared with The New York Times how Cooper sought her advice about the movie. She said when she was asked if she has seen the movie, “I haven’t seen it completed. Bradley [Cooper] did show me the opening. I was surprised by how similar it was to my version. I loved how he used the drag bar. I thought that was new and interesting. What I’ve seen of the film I really liked.” 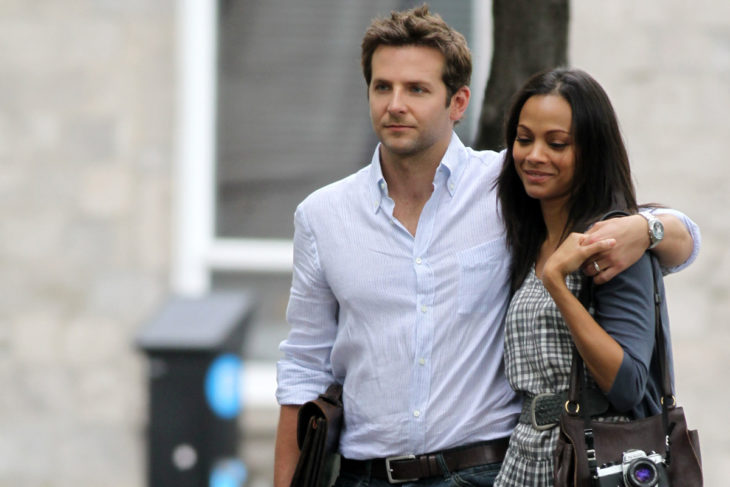 Bradley Cooper and Zoe Saldana met on the set of the movie The World. Their on-again, off-again relationship took place between 2011 and 2013, when they ended it permanently. They worked together on Guardians of the Galaxy movies. In 2014, Saldana shared with Marie Claire, “I have been in relationships where a man has disrespected me, and I don’t need to be friends with that man anymore. …There’s a reason why you’re called an ex. … You cross a line, you need to know that you’re going to walk this earth knowing that there’s an individual who has no respect for you.” She didn’t say who she was talking about, but we can assume it was Cooper since the actress only had one more relationship that the world knew about. 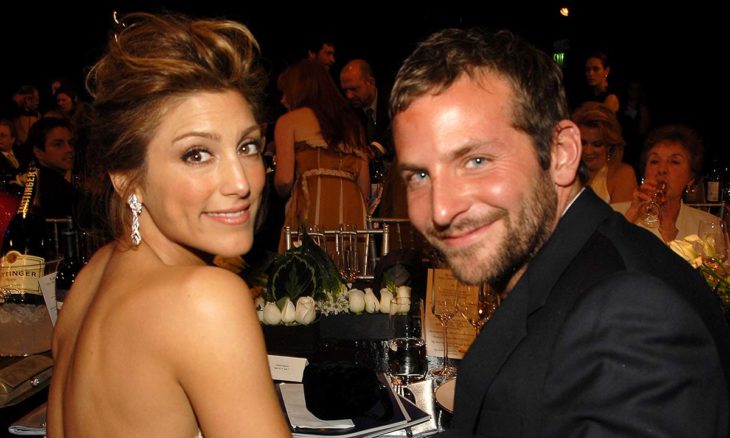 Bradley Cooper and Jennifer Esposito got married in 2006, but only four months later, they divorced. While Cooper didn’t say anything specifically about their relationship, Esposito had a lot on her mind. She wrote in her book, Jennifer’s Way, “I should have noticed the red flags from the beginning — actually, they were more like an entire marching band squad of red flags — but I ignored them … He was funny, smart, cocky, arrogant, and a master manipulator. … he also had a mean, cold side. His personality could flip on a dime … Within days, my relationship hit an all-time low, and within a week, it was over. Abruptly, rudely, and with the exact callousness that I’d come to expect from him, but this time, I did nothing but agree to end it.” 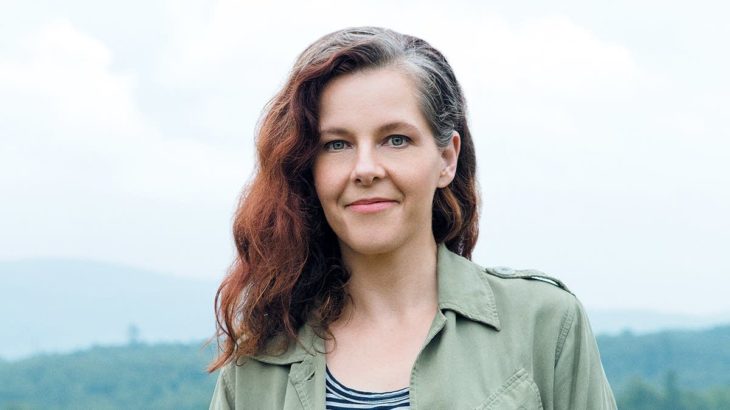 Case commented on Twitter how she doesn’t like Cooper’s movie A Star Is Born. “Bradley Cooper is the beige demon who makes sure very standard white dudes get to be in everything. He turns a scene to damp sugar quicksand with his treacley fingers and convinces you his vile incantations are him speaking some adorable French. I will fight him. Stand back.” She concluded, “The trailer sent me off a very unreasonable cliff,” which is pretty self-explanatory. As if that wasn’t definitive enough.’’ She also posted, “I want to vomit into Bradley Cooper’s dewey man-child eyes. F**k. Off.” 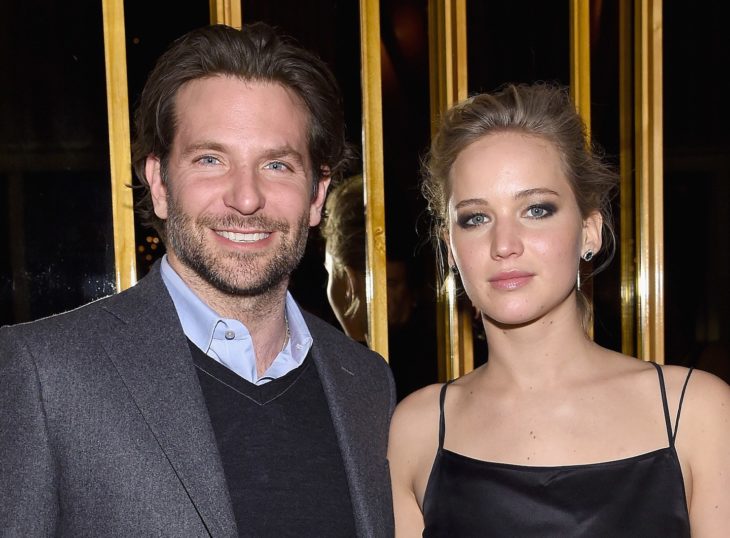 Jennifer Lawrence and Bradley Cooper collaborated a couple of times, and Cooper shared on BBC’s The Graham Norton Show in 2013 how Lawrence told him, “You’re a wet kisser.” Cooper joked, “You don’t want to hear that. It was not a compliment.” They worked together in 2012’s Silver Linings Playbook, 2013’s American Hustle, 2014’s Serena, and 2015’s Joy.

The only person on this list to hate Cooper is Neko Case. All other feuds and rifts ended shortly after they started, so it is safe to say that Cooper doesn’t have that many enemies in the showbiz or in his personal life.

Celebrity reactions that will make you laugh

7 Ways To Express Your Distaste For Someone Without Being Mean