Decades have passed, and yet, components of firearms are almost still the same. Even with the release of many types of firearms, their parts have the same concept. That’s because every component is essential to the firearm’s function: propel a projectile.

Thus, if you’re into firearms, planning to have one for safety or leisure purposes, it’s vital to familiarize yourself with their components. 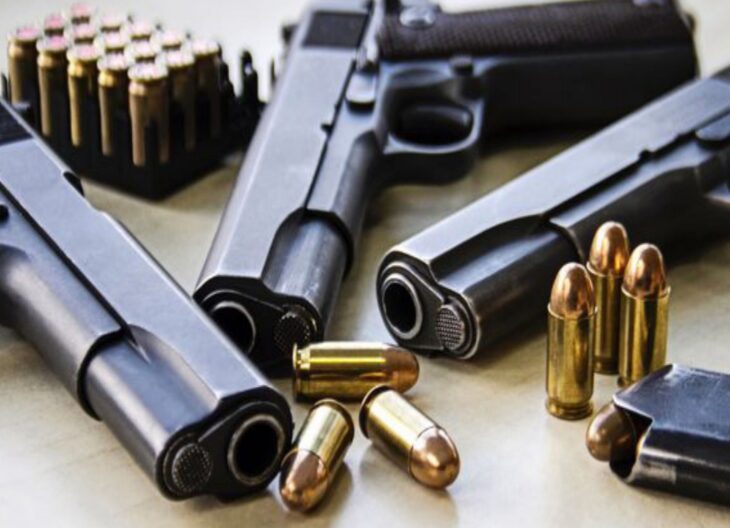 As mentioned, the sole purpose of firearms is to propel a projectile in the form of a bullet in modern times. Anything that has 0.6 inches or .60 caliber of the barrel’s diameter is classified as a firearm.

Before, one must place a projectile and gunpowder on the open end or muzzle of the firearm to fire the projectile. Nowadays, it’s easier to fire bullets or projectiles from guns. Here’s the process:

This simple process of firing a gun can exist all with the help of its components. So it’s not only about the gunpowder and bullet, but everything that makes up the gun for it to work.

Without one of its components, firearms may malfunction. Thus, if you own a gun, you should ensure that all parts are in good condition. Regularly clean them, change them if necessary, so when the time comes to use them, they’ll function as expected. By knowing what part to change, you’ll know which tool kits to use as well. If you want to find good deals, you can click here and check their kits you can use for maintaining or replacing your firearm components.

With such, here are some of the most vital components of firearms: 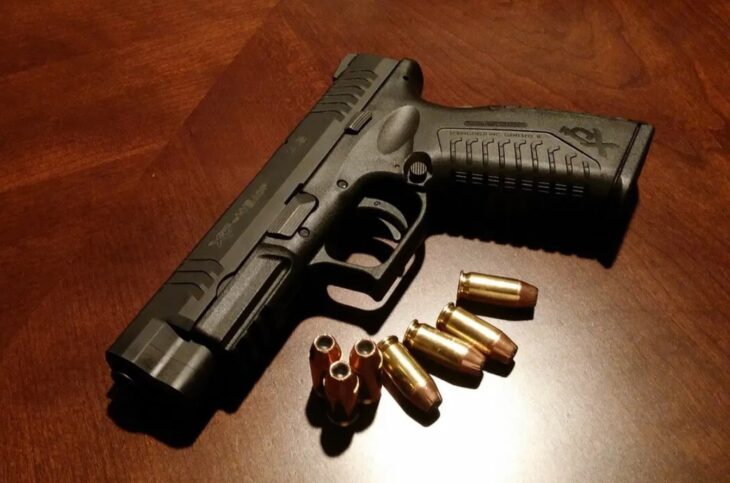 This component is the heart of a gun: the part responsible for firing the cartridges or projectiles. Thus, it’s what loads and fires the bullets and ejects its cartridge cases. Depending on your firearm, you may have the following action:

A firearm’s barrel refers to where the ammunition exits. It’s a long metal tube with a bore leading the bullet out of the gun when fired.

The barrel’s bore consists of grooves and lands known as the spiral pattern marking the bullet. Through this pattern, forensics can determine which firearm is used to fire such a bullet. The bore is also responsible for making the bullet spin and improving its accuracy when traveling out of the gun. 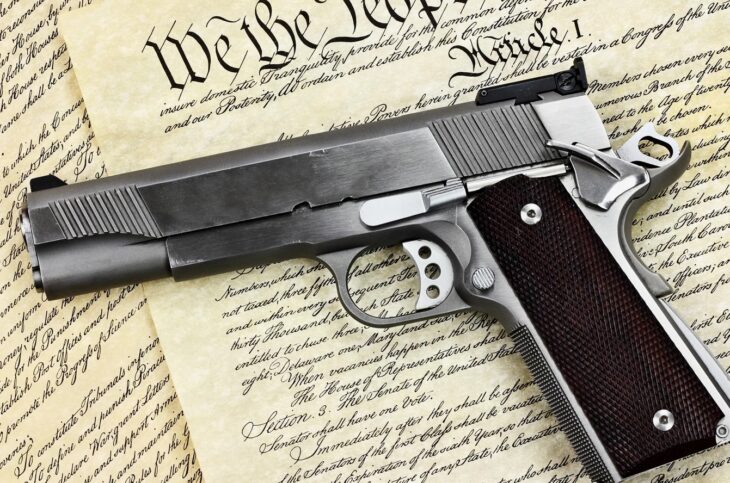 As for the firearm’s frame or receiver, this is a single piece of metal that connects all other parts of the gun. It also serves as the housing of the firing mechanism, breechblock or bolt, and the hammer.

To shoot the firearm, you need to hold the grip of the handgun properly. This is the vertical part of the gun that you hold to operate the trigger. However, for rifles and shotguns which don’t have grips, you refer to such as the stocks. 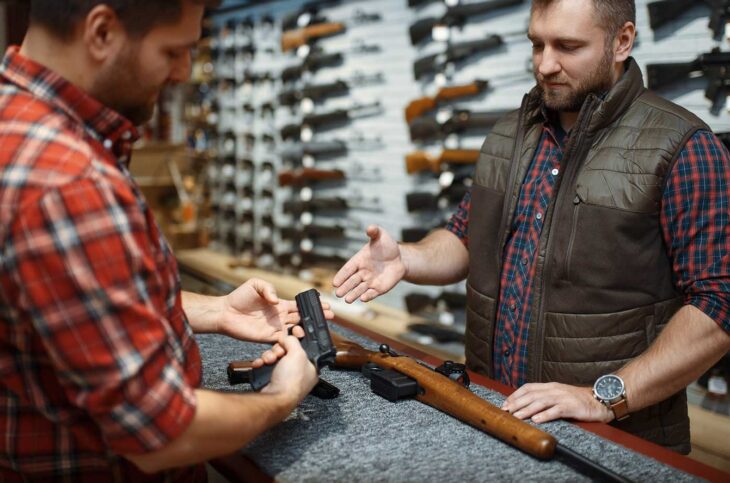 For modern firearms, you need to have a magazine to store your bullets you’ll be using when firing your gun. Not only will you load the bullets in it, but you attach it to a firearm to feed the bullets. With the firearm’s action, it then picks up the cartridge from the magazine so you can fire it from the chamber.

As mentioned, your bullet will go into the chamber before being fired. This is because this part of your firearm is in the pistol or rifle’s barrel.

As for revolvers, they don’t have chambers in their barrel as their chambers are located in their cylinders. This means you cannot fire the revolver if its cylinder is swung out. On the other hand, you can fire pistols or rifles even without their magazine since the chamber is in the barrel. 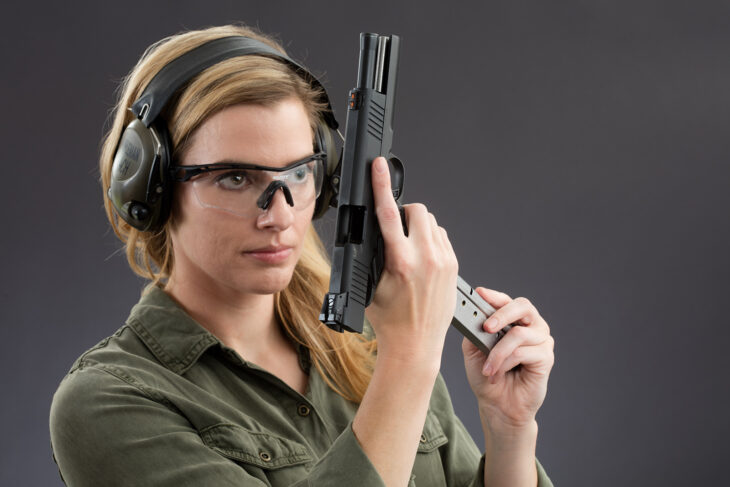 One of the essential parts of a gun is the trigger that initiates propelling a bullet. It consists of the buttons or levers that the index finger squeezes.

As mentioned, when you press the trigger, it allows the firing pin to strike the primer. For its function, it can come into the following types of action:

By knowing all the vital components of firearms, you can identify how all of them work to fire your gun, or if one malfunction, it can affect the others’ functions. Thus, you’ll know what part to replace when this happens rather than assuming that the ‘whole’ firearm is destroyed or not usable. Most especially if you’re making your own gun, knowing the parts of a firearm is essential.

Occupations Are Endorsed to Adopt a Police Check

Planning a Nursery Room for Your Newborn

What Are Solenoid Valves And How Do They...

When, Where, and How to Safely Store Your...

How to Build a Gun from Scratch