I considered titling this week’s post “Dispatches from the Afterglow,” but there’s more to what I’m feeling than just happiness.

That’s not a bad thing. My weekend-long New Year’s date with The Bartender was amazing, filled with affection and playful banter and delicious things to eat and drink, punctuated by some enthusiastic Naked Time and our decision to take a shot at this whole Official Boyfriend-Girlfriend Thing. There’s a lot to tell, both what happened and what’s likely next, so let’s dive right in, shall we?

He arrived in my city several hours before midnight on New Year’s Eve and we promptly headed back to my place, ostensibly to relieve him of his bags – though it quickly turned out that, after nearly three weeks apart, we both had, ahem, other things on our mind. We had barely taken off our coats before landing on my bed in a tangle of enthusiastic kisses, peeling each other’s clothes off with a fervor bred by equal parts distance and the thrill of the first time. The sex was good, though nothing earth shattering, and it introduced me to exactly how much longer uncircumcised guys can go (read: a trip to the friction-burn ward is not out of the question for me in the future). 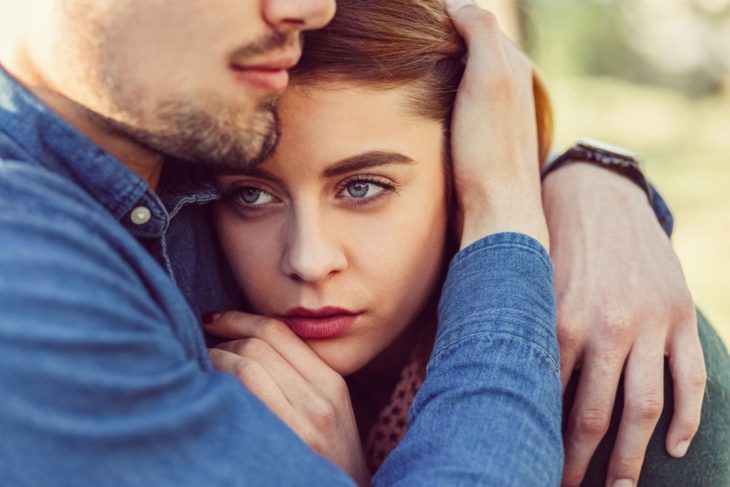 After, we collected ourselves and decided that, given the mild weather and the electric atmosphere of the holiday, we ought to go out for dinner instead of ordering in. I suggested a few neighborhood favorites that might be suitable, and he replied that he was content to wander until we found a place that looked right. A big fan of long, aimless walks myself, I was pleasantly surprised to find that he shared my laissez-faire attitude, and off we went, eventually tucking into a favorite local spot of mine for a great meal and a round of tequila shots on the bartender in between chattering effortlessly about the time since we’d seen each other last. We ordered food to share, delighted by our similar tastes, and enjoyed what may just be the best New Year’s meal I can ever remember, without benefit of a prix fixe menu or a reservation or even a plan.

When we finished eating, he suggested that we keep our walk going, and I agreed. Several miles, a couple of gorgeous skyline vistas, and plenty more good conversation – plus ample affectionate kisses – later, we ended up at a bar at 5 minutes to midnight, where the staff greeted us with complimentary champagne and we watched the ball drop and kissed the first kiss of 2016 and toasted to the year ahead.

And from there, the year ahead has unfolded with astonishing ease. We scored a cab home, no small feat on New Year’s Eve, tucked into bed, and got up the following morning when both our alarms went off, without being deliberately synchronized, at the same time. A quick shower (and some morning sex) and a brisk walk to the bus, and we were off  to his city for the weekend. Our good traveling luck from the night before held, and we arrived in time to grab breakfast sandwiches before he had to be at work, then headed to the bar, where I helped him set up and we watched the New Year’s Day parade on TV. I brought my laptop and got some editing done; my best friend stopped by to meet him and hang for a bit, and in another stroke of good luck, he finished up early and we headed back to his place for a hard-earned nap. From there, it was a full weekend of taking it easy: we watched a soccer game on Saturday morning, spent plenty of time in bed, walked all over the city, chatted candidly about our expectations, and ultimately decided that if any two people are suited to this long distance thing, at least temporarily, it’s us: we both have our own interests (his affection for golf rivals mine for softball, and if you’re not new here, you know that’s saying something!), and we’re both content to pace our relationship according to our visits. In other words, we both enjoy getting to spend plenty of time together when we’re in the same city, and for now, we both also value our time apart. I confessed that the distance makes me feel less uneasy about being in a committed relationship, perennial singleton that I am, and he replied that he felt the same way. We’re already making plans for the future, talking about which city we might like to make our official home base, but we’re both also open to keeping them both for as long as it’s fun. It feels comfortable and totally low pressure, and so far, there’s nothing that we can’t talk about. Our interests and values seem to match up nicely. And we do nothing but laugh when we’re together.

As for the immediate future, as I continue to navigate my peculiarly segmented life of traveling from bridge to bridge and city to city, it’s impossible to deny how happy and hopeful I feel. And thanks to my zany work schedule, I’ll be back in his town next week. We’re both counting down the days.

Deathbed Diary: Being Me