Deathbed Diary: Being Me

Death and taxes are a fact of life. Unfortunately for more than 70,000 women (and men) in the U.S. between the ages of 20-39, they will add cancer to that list too, more specifically breast cancer. It’s a growing epidemic striking more women per year and at younger ages. In fact, every day, three women under the age of 40 die from this disease and after the age of 35, it becomes one of most common ways a woman will die. Under this shit-pile of facts is one woman’s story.

There are times I feel a sudden panic, the same kind I get when I am about to go on a big trip and have nothing done: no packing, no rudimentary knowledge of the language and no clue of the layout of where I am going. Then I realize, “Ohhh, right, it’s not that kind of trip. It’s the one I don’t have to pack for.”

Then, that feeling fades, as I realize there is no need to panic. Having lived my adult life on my terms, and never letting go of the control over my own time, has made all the difference to my current peace of mind. A night owl by nature, waking up early was always my nightmare, from my first day of first grade to the last day of high school. I had no interest in fighting it, so once I was out from under the thumb of teachers and parents, I made getting plenty of sleep a priority in structuring my life. Otherwise, it would be a lose-lose situation for me (and the world).

Perhaps it wasn’t my nocturne side that made me want to avoid the masses, but a childhood inflicted with cruel old-world traditions or the formative years I spent as a girl of color living in a racist town. Or maybe it’s my obstinance, passion and imagination that made me march to the beat of my own drum? Whatever it is, it’s my qi and I can’t and don’t fight it. One of the last times I heard my grandmother’s voice was when, during normal dinner conversation, she recalled an uncomfortable moment from my childhood that exemplifies this stubbornness. When I was five years old, a relative asked to me to kiss him in front of some other family members. I didn’t want to, which pissed him off and soon escalated giving me an ultimatum: accept the kiss or get hit. I have no memory of this tense incident, much to the shock of my sibling, who clearly remembers that I took the beating instead. 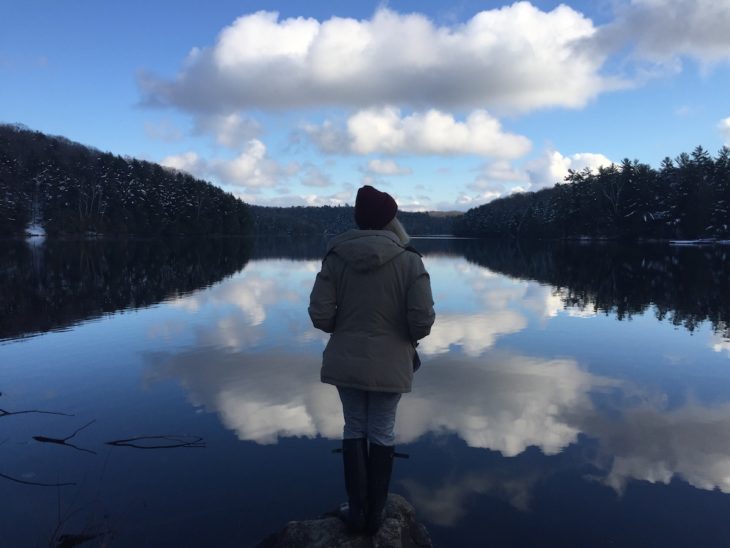 Although disturbing as fuck, I take that story as a badge of honor (despite it not being told to me as one) and a testament to how deep my sense of self has always been. No matter what came at me in life, I was always able to envision a happier ending on the horizon and be motivated by its hope. What was the point of enduring so many years of drama and strife, if I wasn’t going to do what I wanted when I finally got control?

I live to get lost in my imagination, travel, create, enjoy and bond with incredible people, places and ideas. To eat, and to sleep. After being hit with a fatal diagnosis at a pretty young age, I’m glad that there aren’t a hell of a lot of things remaining on my bucket list. It’s a major relief, too, as I can only imagine how horrified I’d be if, along with dealing with death, I was mourning a lifetime of curiosities that would never be experienced. At this point, my life is a little like the Amish’s Rumspringa — but with no going back. I’m not saying my time now is inconsequential, but I am glad I don’t have regret or worry eating away at what’s left.

But if there were a way to wish-upon-a-star and have those dreams realized, I’d be all over it. I’d want limitless sky miles to see the rest of the 50 states and 7 continents in comfort, with a plus one. (To date, I’ve been to 39 states and four continents.) Of course, even with a vampire’s life span, I wouldn’t be able to see every amazing thing on this planet, so a solid general overview will suffice. If my health and money stay stable, I’ll get it done. Maybe when it’s all said and done, I’ll have the power of teleportation and these final wishes will come true. But if not? Oh well. In this life, I got to do me and that’s the best anyone could ask for.

Is the Queen Abdicating?