Dating Don’ts: 4 First Date Tips For People Who Don’t Do It That Often

No one really likes first dates because they are the most stilted of all human interactions, second only to that thing that happens when you’re trying to pass someone on the street, and you keep feinting the same way. As a result of this intense and horrible discomfort, people try to avoid dating at all costs, citing excuses from “washing their hair” to “rearranging all their books by color and alphabet.” It’s even harder to be encouraged to participate in these sorts of activities, because if you’re out of practice, a first date seems like the worst possible thing in the entire world. It’s a whole thing. What do you wear? How do you act? What on earth do you talk about or do? How do you handle the stranger sitting across from you? Common sense gets replaced by sheer panic and feet get firmly planted in mouths. And worst of all, what happens if you really seem to like the person, but are just so out of practice that you bungle the thing? Oh, the things you might say! As a person who abhors the notion of first dates, I’ve figured out four relatively solid tips for those out there who fear them just as much as I do.

1. Money talks, but it shouldn’t on a first date. There are good ways and bad ways to talk about money. Good ways include discussing rent with your roommates, negotiating a raise at work and successfully filing your taxes. Bad ways are almost always on a first date. I’m of the mind that as a society, we should have no qualms about discussing money freely, but I have learned that not everyone shares my worldview. I generally don’t subscribe to the notion that things are in bad taste or good taste, but I would say that discussing money on the first date is generally something that you want to look out for. It’s a touchy subject and it sets a strange precedent for how the rest of the date is going to go. The only time money should be discussed on a date is when it’s time to pay, and that is personal preference, really. I’m a huge advocate of paying for your own way, but if you feel so inclined to let the nice lawyer sitting across from you buy you two glasses of wine and half an order of fancy bar nuts, or whatever, then go for it. Just don’t ask him how much he makes. 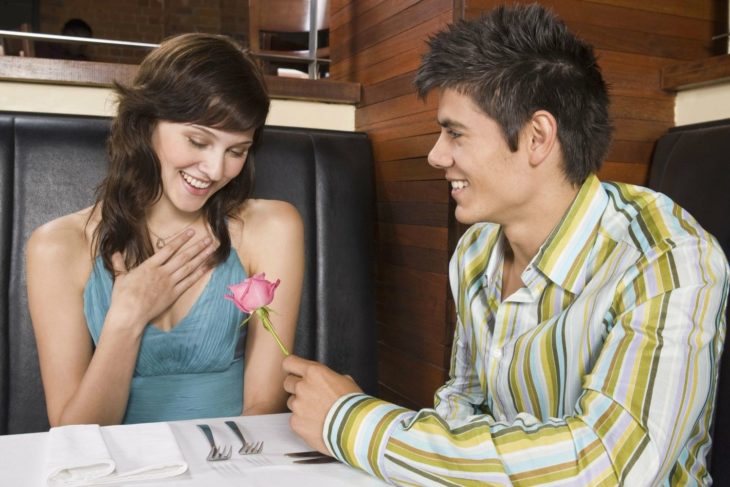 2. Don’t talk about your pet to excess. It’s OK to let on that you have a pet because this is 2014, and there’s a good chance you met this human on the internet and you already know whether or not they like animals (be it through their OKCupid profile or light internet stalking). Mentioning that you have a cat or a dog or a Komodo dragon is just simple conversation, but there’s no need to soliloquize. I have a cat, she is very nice and fine, and she is a cat. If given the choice, I suppose I could talk about her at length, with gusto, but I know that hearing about the time Daisy meowed at me while placing her paw firmly on my arm is not something that interests anyone. If you raise teacup pigs or have a fleet of guinea pigs that you have trained to bring you snacks from the kitchen and find the remote when you put it down, then yes, please talk about that. That is fascinating and insane. Otherwise, someone you just met after a series of half-enthusiastic messages on the internet is probably not going to be interested in the time you tried to make your cat a dress out of an old t-shirt and a headband when you were stoned.

3. Assuming makes an ass out of you and me. You’ve heard this saying before. Probably from one of your grandparents. But it’s gospel in this context. Walking into a first date assuming anything about the outcome is shooting yourself in the foot. Don’t assume that the date will go well, but don’t assume that the date will go horribly either! Don’t assume that someone who was charming and gentle and kind and nice in your previous interactions before the face-to-face will be a normal human being, because that is a guaranteed way to let yourself down. More often than not people are nice and kind and enjoyable, but there’s that rogue 10 percent who are actually terrible. It’s alarmist to assume the worst, of course, so no need to do that unless that’s the kind of person you are. I think the best policy is to walk into the date with very low expectations — that way you will be surprised if the entire thing works out better than you could’ve imagined, and not too beat up when the situation doesn’t necessarily shake out the way you thought it would. Be as neutral as possible. It’s for the best. 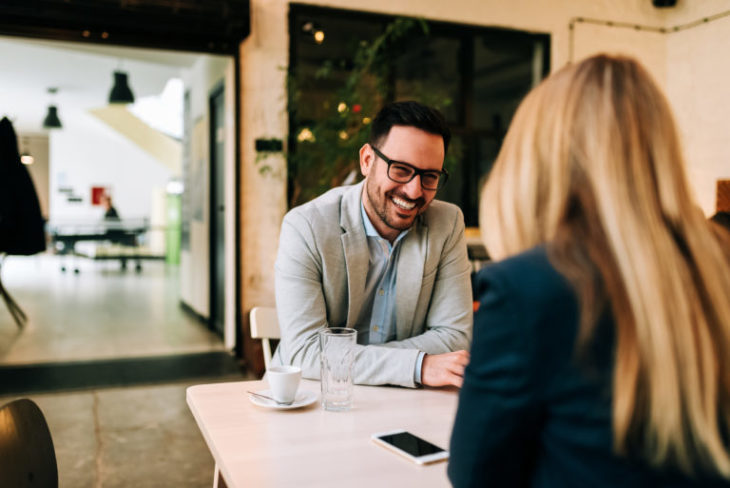 4. Kiss them — or don’t. I feel like there’s no real need to kiss somebody on the first date, especially if you don’t want to. The one thing that’s important to remember about all first dates is that you know very little about where the other person’s head is at. He could be a seasoned first dater, knocking out two or three of these a week, with an oiled precision to his game, but you, sitting across the table? Maybe you dragged yourself out of your rut and have reluctantly thrown yourself into dating because you want to try something new. Maybe you just got out of a relationship and are prone to bouts of blue. Maybe you hate dating but are doing this to appease your grandma, who keeps muttering about how she wants to see you happy, and offers to set you up with her home care nurse’s son. Whatever. The point is, you go into a date only knowing how you feel in your head. That is the only information you need because it is your choice whether or not you want to kiss somebody. The seasoned dater could go in for the kiss, but that doesn’t mean you have to respond. I don’t think it means you’re a frigid hellion if you decide that you don’t want to put your mouth on the face of someone who is a near-stranger. Love, or really anything, takes time. It’s OK to go as slow — or as fast — as you want. A good night kiss should say nothing about the quality of the first date or your chances for a second.

How Dating Has Changed Over the Last 10...