Do Guys Really Kiss And Tell?

My female friends (both of them) have asked me in the past whether guys are as prone to kissing and telling as women. It’s a tough question, because I don’t know how often women talk about men they’ve become romantically involved with (though my guess would be “constantly”) or what level of detail you use. I do know that sex and romance aren’t topics that men typically avoid in conversation with one another.

Of course, the amount of discussion guys have about their romantic lives varies quite a bit. My own family was a bit uptight about sex, so I don’t like to talk about it with friends a lot. A few of my friends are downright explicit, and I feel like I know their sex lives better than my own.

Some prefer to talk about their sex lives using metaphors so elaborate that they’re actually worse than simply coming out with it: “Hey, Melissa and I rounded the bases last night, if you know what I mean. By which I mean we sunk the Titanic. By which I mean I was all up in her battleship. By which I mean she was California and my earthquake shook her tar pit.” And so on. Basically, they want to reveal that they’ve actually had sex with a real woman, but they have a grasp of subtlety on par with Glenn Beck.

It’s no secret that guys bring up their sex lives as a way of bragging, and that we’re not great about being sly about it. We’ll tell ridiculous stories with no point just to get to the part where we’re getting nasty. Typical example that I’ve actually heard:

“Yeah, so we were going at it pretty hard, and she took off the handcuffs long enough that I realized I wanted an Almond Joy, so I went out and bought one.”

There’s no way that the Almond Joy itself would be worthy of a story. It isn’t even a great candy bar. That dude was telling that story about sex, and he tried to make the sex incidental. Don’t worry too much, though—most guys don’t go more in depth than “we had sex.” That’s the basic information they’re trying to get across. 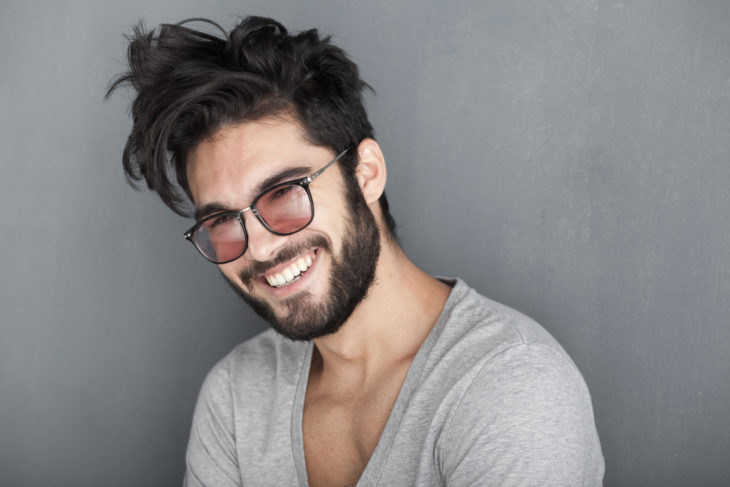 Guys don’t always brag. Sometimes, we’ll kiss and tell to get our friends’ perspectives on our love lives, but these situations are few and far between. Most guys that I know are embarrassed to admit to their fellow men that they have emotions, or think that they’re burdening another person by bringing up anything romantic or sexual. Nearly every guy out there has a best friend, and we’ll turn to this person for the really mushy stuff.

If you’re wondering whether a guy you’re seeing kisses and tells, it’s wise to assume that he’s telling his best friend everything about you, and his other friends know at least the bare-bones stuff (whether you’ve had sex, whether it’s a serious relationship, etc). If you’ve got a problem with that, let him know early—guys tend to assume that they can tell friends whatever they want about their sex lives, so don’t think that he’ll be keeping your relationship on the down low. If something’s confidential, we’ve got to know about it. Otherwise, we’ll be dropping not-so-subtle hints on the next football night.