Breakups suck, whether you’re the dumper or the dumpee. No matter which end of the fray you’re on, there follows a mourning period, a delicate time in which you probably lash out at friends, obsess over details of the way things ended, and make ill-advised decisions about ice cream for dinner and browsing on Tinder. It’s impossible to make generalizations about how long a breakup takes to process, because every single relationship and situation is its own special snowflake. I can’t tell you what it feels like to be a part of your breakup, because only you were there to experience it. The adage about using an equation involving the amount of time you were together as the “x” factor for how long you should be upset after it ends is stupid, plain and simple. That being said, here are some rough guidelines on acceptable mourning times, from someone who has been through her fair share of breakups. But feel free to ignore them if you feel like wallowing for an extra month or six. 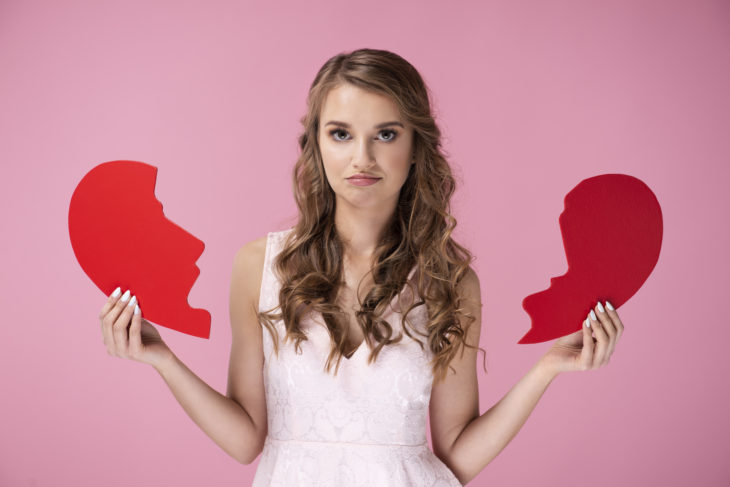 1. A short relationship that did not end on your terms: Maybe you dated somebody for three months, but for you it was a heady three months, a span of time where you felt yourself really and truly connecting with someone, only to be dumped unceremoniously and out-of-the-blue, leaving you with a heap of emotions and a lot of confusion as to where it all went wrong. You might spend hours replaying the last moments in your head, you might write some poetry, and you will definitely spend a lot of time moping in solitude. People will shrug and pat you on the shoulder, telling you that it wasn’t that long so you should really be doing better than you are right now, but ignore them. These are your feelings. This type of breakup is often the hardest to get over because the bulk of the emotional weight falls on your shoulders. There’s something that lingers when you get dumped against your will, a weird feeling of failure, of not having your say, and that’s the reason these breakups sting the most. Take as much time as you need, but do your best to use that time for introspection, to recognize what it was that you were or weren’t getting out of that relationship, and apply what you learned to your next experience.

Mourning time: Take the span of the relationship plus an extra month to reconcile any loose feelings still rattling around.

2. A long-term thing that ended because you grew apart: These endings lack the sort of acute heartbreak that a briefer dalliances entail, but they leave a lot of psychic debris in their wake. If you’ve been with someone for a long time, and find that one day the person next to you is not the same person you fell in love with, that’s a sign. If you feel a gap in your interactions and you can’t do anything to reconcile it, that’s a sign. When these things end, sometimes it feels like your entire world is falling apart, and in a way, it is. The burden of being in a dissatisfying, non-functional relationship that masquerades as a long-term one is consuming, and to be able to shove that mantle off might make you unrecognizable to yourself. You might feel a strange euphoria to be rid of it, like you’re not giving the relationship its due by not mourning it for long enough, but everyone processes things differently. You’ll probably need to take some time, a lot of time, and figure out what it’s like to be alone so you can understand what you truly want and need from a relationship. Bounce into dating, have a couple of flings or a few one-night stands so that you can stretch your legs a little, but take it really slow.

Mourning time: At least a year before getting into anything serious, as short as a few months before you start exploring what’s out there. 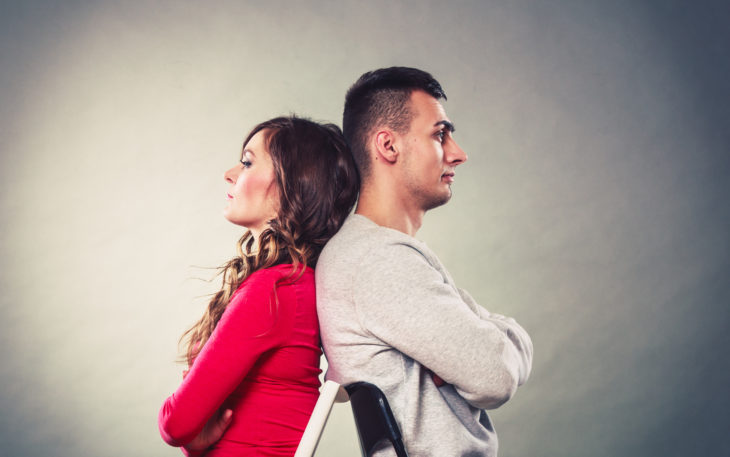 3. Any relationship that ends amicably: Sometimes, it all just works out. You’re dating someone, but you both realize that it’s just not meant to be. You’re clearly better as friends, so after a nice chat over pizza and beer, you two agree to go your separate ways. No one’s feelings are hurt, no harsh words you’ll regret later were volleyed back and forth, so you’re in the clear. This kind of ending means that you’ve happily admitted defeat, or that you’ve at least had the insight to recognize when something isn’t working, pointed that out to the other person, and both gone on with your lives having racked up a couple of points on the Adulthood scoreboard. This should be painless, right? There should be no mourning period at all, because you realized that you’re actually not really meant to be in a relationship, you ended it nicely and you can move on, knowing that you did all that you could do. This seems correct, but really, there’s a strange thing that happens after an amicable breakup, because hey — a break up is still a break up, any way you slice it. Even the ones that end well have the potential to leave you feeling all kinds of strange things. There may not be a distinct mourning period for this, more of a lingering contemplation where you find yourself replaying moments from the relationship over and over in your head, trying to figure out what precisely it was that didn’t work. This is necessary for some, but is certainly not a requirement. If you feel like you’ve done all the soul searching you can do on this one, move up and move on. If you need some more time to think things through, take it, but avoid dwelling. A constant highlight reel of what did and didn’t work in your amicably-ended relationship is not productive, nor is it particularly healthy.

Mourning Time: None! Or, if you’re so inclined, a month or two, but really, it’s not worth the energy.

Breaking The Ten Commandments In Dating