I’ve already told you why guys who don’t want head are a dealbreaker for me, but what about guys who just aren’t into sex? Yes, they exist. Anyone who tells you otherwise — that all men are 24/7 sex fiends — is either lying or has just been lucky enough not to meet the kind of guy I’m talking about: the sexless guy.

I’ve dated several guys who, from what I can tell, have a take it or leave it attitude toward sex, with an emphasis on leaving it. Why, you may ask, did I, someone who writes about sex almost every day, wind up with them? I don’t really know, but I did. And the worst part about it is not the physical withdrawal; I’m not the kind of girl who needs to do it every day (though that would be nice).The worst part is the feeling of rejection that cuts really, really close to home. When I experience that, it’s like taking all the fears I have about my attractiveness and boiling them into one pointed barb: you’re not pretty/sexy/fun/cool/hot/exciting enough to f**k. 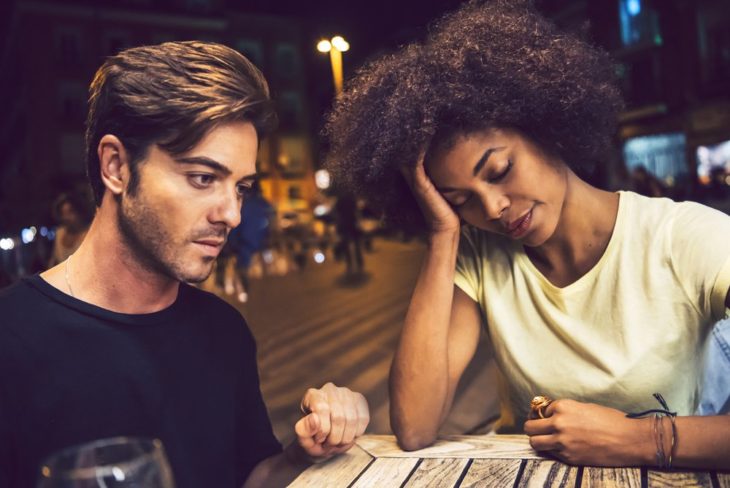 This used to happen a lot with my ex, and I never got used to it. Every time I hoped we’d wind up in the sack, and we didn’t, I felt like there was something wrong with me. I wondered how often he did it with his ex; surely, since they lived together, they were getting busy all the time. My jealousy spiked like crazy. I was not only upset at the letdown, but hurt, in part because there is still a tiny part of me that thinks that all a woman has to do is offer and a straight guy will want to hop between her legs. When he doesn’t, it must mean she’s totally horrified. My rational self knows it’s more complex than that, but when you care about someone and are attracted to them, rationality goes out the window.

In some ways, I know I’m the twisted one, because I still, on some level, measure my attractiveness with my sexuality. Or at least, indulging in sex feels good, even if it’s with someone I don’t necessarily see as having long-term potential.

This other guy and I went on five extremely chaste dates. At the end, there was maybe a quick peck, possibly a meeting of lips for longer than five seconds, but never any tongue. I was sure he wasn’t into me, but he kept asking me out, and I was totally mystified. Then I read something he’d written saying he was afraid, on some level, of sex, a holdover from a scary sex ed class he’d had. That made it feel less personal, but was still confusing. We wound up having one sleepover date, where we went almost all the way. It was hot, and, I’d hoped, the start of something more, but then things died down between us. 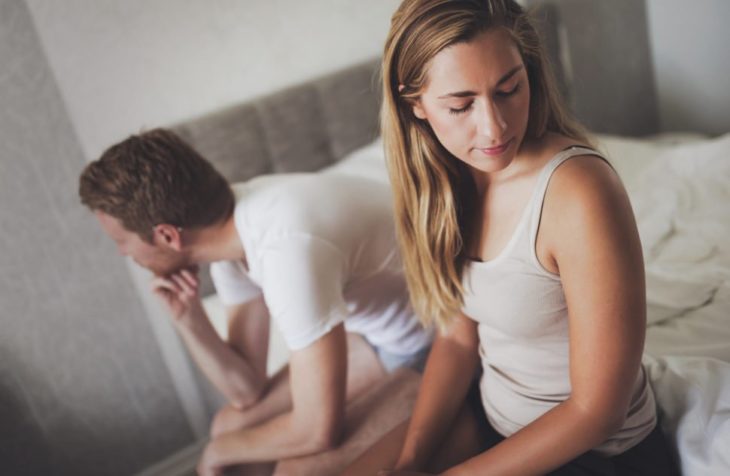 My biggest issue with The Sexless Guy is that part of what I like about sex is the feeling of being desired, of someone being so hot and horny for me they just can’t control themselves. I don’t mind a little PDA if it means that a guy is so into me he just wants to touch me all the time. With The Sexless Guy, they don’t necessarily hate sex, but they are almost indifferent. I don’t want to be the initiator all the time. Once in a while is fine, but there needs to be a balance. With sexless guys, the average lusty girl (or maybe just me) is left feeling like she’s too interested in sex, which left me feeling somehow sullied and dirty (and yet, not laid). So I’m not exactly about to take out a personal ad saying “Wanted: Guy With Libido,” I hope that’s understood, because I have dated enough sexless guys to last a lifetime.

Where Have All The Sluts Gone?

The Soapbox: On Consent Culture

How Your Sex Drive Changes With Age