I have been with my boyfriend for just over a year now and things have always been great between us. In fact, we moved in together this summer and have blended our families. He’s such a wonderful partner and we have never had any huge disagreements. Recently, he was having some computer issues and used my laptop while waiting for repairs. After this I found a stash of transgender pornography and websites about feminine men. To say I was shocked is not a big enough statement. He is a former Marine and a complete “Man’s Man.” Our sex life has always been satisfying but now I am starting to analyze everything. I would not have even batted an eye to find “straight” porn or what would be considered “normal.” He’s a guy; it’s gonna happen and I would be naive to think he didn’t look. But this took me by surprise. The web pages he visited showed different stages of hormone replacement and the stories he was reading were tagged “Sissy Boy.” I am out of my area with this and need some direction on how or even if I should approach him with this. I love this man and do not want to lose him. Please help! — AnalyzeThis 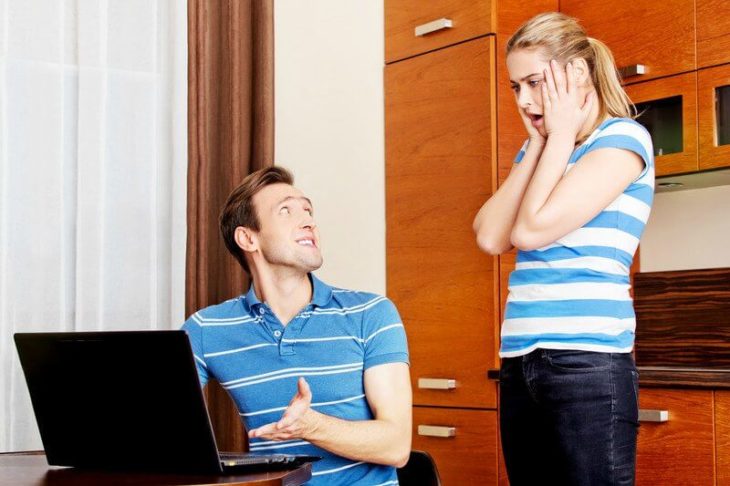 I went out to dinner with a guy a few weekends ago. He lives in another city, but travels often to my hometown for work. We really hit it off, made out a little at my place, but nothing more since we were both pretty tipsy by the end of the night. We got breakfast the next morning and have been talking daily via Facebook ever since. I know that he’s coming back to town soon and wants to get together for dinner and drinks again, but I’m not sure if he’s attracted to me. It’s hard to tell if he’s just being friendly in his emails and likes my company when he’s away from home. I, on the other hand, am definitely dying to hook up with him. Is there a casual way to ask someone if they want to have sex without saying what you’re really thinking? He’s very polite and I don’t want to scare him away, but ever since our first date, all I can think about is tearing off his clothes and having my way with him. I’m all for getting a guy excited before anything happens, but we’ve only known each other for a few weeks and I don’t know if that’s his style. — Horny For Facebook Friend

Guys 101: They don’t make second dates with girls they’ve already messed around with if they aren’t interested in messing around again. Go with the flow though and let it happen naturally; don’t kill the mood by awkwardly asking him over Facebook if he wants to have sex with you. Trust.

I recently lost my temper at a guy I was dating and broke up with him after only three weeks. I know that isn’t long, but I almost instantly regretted the things I said because I saw and still see potential in the relationship. I tried to apologize and explain why I blew up at him (a combination of stress, hormones, and a string of minor annoying things he did and said), but I think I scared him off because he pulled the “we should just be friends” line. I made it clear to him that I would love to fix the situation and go back to what it was like before if he changed his mind, and he indicated that he might with a little time, but I’m afraid he just plain old doesn’t want me anymore. We still hang out with other mutual friends, which makes it hard seeing him and not being with him. I’m afraid I’ll do or say something stupid and ruin any chance of fixing the relationship. Should I wait it out, try to convince him to get back together, or just move on? — Mistakes Were Made

Move on, sweetie. What’s done is done and trying to “fix” this situation and go back to where you were at the beginning of your three-week “relationship” will not only make you look desperate, it could earn you a bunny-boiler reputation and scare you away from guys you haven’t managed to alienate yet.

I recently moved to the town my older sister lives in. My “auntly” duties include going to my nephew’s baseball games. The first moment I laid eyes on his coach, I was stuck. He is very much the type I’m attracted too. I’ve flirted enough to know when a guy might be interested, and his flirty glances tell me just that. However, my sister thinks he has a girlfriend. How do I go about catching his attention more without having to embarrass myself by confronting him, in front of my sister and all the other moms, and him rejecting, me? — Hot for Coach

What’s so horrible about a few minutes of embarrassment? Ask if he’d like to get coffee or a drink after a game sometime and if he tells you he has a girlfriend, at least you’ll know, and if he doesn’t, maybe you’ll make a new friend in town. At the very least, he’ll be flattered by your interest, and if he does become single soon — relationships don’t always last, you know — I bet you’ll be the first person he’ll think to ask out.

Dear Wendy: “My Boyfriend Is Insistent That I Take His Name If We Marry”