My boyfriend’s parents are nice but never really say much or ask me anything about myself. I’ve been spending nights at my boyfriend’s house for about a year and since his parents basically ignore me, I figured they were just shy like I am. My boyfriend shares everything with me, though, and told me things his parents have said that we are probably going to break up, that he could do better than me, and recently his mother told him she thinks I have an attitude and doesn’t feel comfortable around me. I do say ‘hi’ when I pass them, but they are never the ones to talk to me first and they act like I’m not there. She thinks that I should be the one trying to impress her is what she told my boyfriend. Well, that made me laugh — not to mention that after all the uncalled for things she’s said about me, I don’t feel like I owe her anything. I don’t feel comfortable in his house when she’s home anymore, and it’s quite hurtful to know that my perhaps future husband’s family doesn’t like me. He is starting to have a bad relationship with them because of how they feel towards me. Our relationship is wonderful so I don’t know what to do about this! I have always been kind and friendly and it feels like his mother is creating some uncalled for drama. — Not A Parent Pleaser

I’m sorry, NAPP, but I have to agree with your boyfriend’s mother: You do seem to have “an attitude,” and while it would be nice if your boyfriend’s parents made an effort to get to know you better, the responsibility of doing the impressing falls more heavily on your shoulders than theirs. Why? Well, for starters, unless your boyfriend is paying the rent or mortgage in the home where he lives, the house is his parents—not his. Which means you are regularly crashing in their home, uninvited by them. In that case, it’s kind of a no-brainer that you might want to go a little out of your way to endear yourself to them, even if they aren’t the warmest people. And, no, saying “hi” in passing doesn’t count. If in the whole year you’ve been visiting their home, you haven’t so much as sat in the living room or kitchen with them, en route to your boyfriend’s bedroom or wherever you hang out when you’re there, and asked his parents about their day or simply sat and watched TV with them, I’m not sure how you can call yourself “kind and friendly.” Little gestures, too, go a long way — especially if you are a regular house guest: some home-baked treats (for the holidays or “just because”), bringing in their mail, offering (with your boyfriend’s help) to cook dinner for them one night. These are just some ways you can go about “impressing” the people you think could potentially be your in-laws one day. And in-laws or not, they deserve respect and consideration from you if for no other reason than allowing you in their home on such a regular basis. 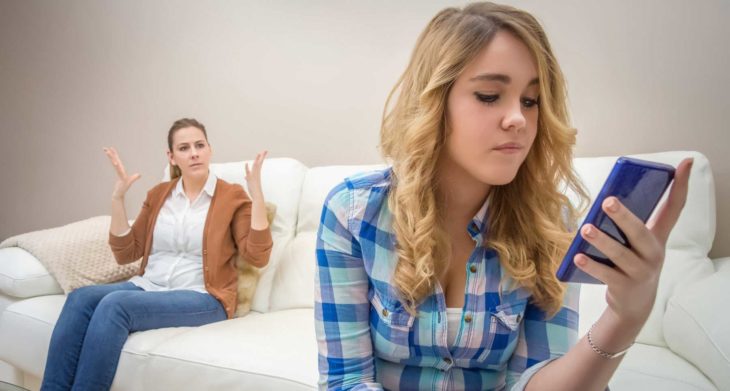 But you should be showing them consideration for more reason than that alone. These are your boyfriend’s parents, my dear. You better believe they’re invested in what sort of partner he chooses for himself and that their opinion is of great value to him. Isn’t it at all important to you that they like you? That they “root” for you? That, if they have any influence with their son at all, they’re in your corner, pulling for you? And, for your boyfriend’s sake, don’t you want a relationship with them? Don’t you at least want to keep things smooth between him and his parents by being a girlfriend that goes out of her way to really be “kind and friendly”? Do you understand that there’s a difference between saying “hi” in passing and actually getting to know them? Even if it means making the first move.

If you want a future with your boyfriend, you need to get over yourself and start being the girlfriend his parents want to see their son with. Start showing them some respect and appreciation. Let your boyfriend know you want his help to facilitate a warm — or at least cordial! — relationship between you and them. It’s time he stepped in and actually did something to help the situation instead of just relaying all the bad stuff his mom says about you. I’m willing to bet if you put in some effort to form a relationship with his parents — if you try to make up for the past year that you’ve virtually been ignoring them in their own home — they’re going to come around eventually. But you have to get rid of the chip on your shoulder first because it’s not doing you any good.

8 Common Anxiety Dreams And What They Mean

Girl Talk: Why Do I Feel So Depressed Around The Holidays?