Does Everyone Really “Deserve” Love And Happiness?

The other day, I posted a letter in my “Dear Wendy” column from a young woman who said she couldn’t understand why she didn’t have a boyfriend despite being very pretty. She went on to admit that she has very little to say in social settings, has begun resenting her friends in relationships because of her “seething jealousy,” regularly self-medicates by over-drinking and sleeping with random hookups, and even believes guys who might be interested in her for more than sex are nothing but scum deep down. “I hate this person I’ve become but know I deserve someone great,” she wrote. Well, I’ve been getting a lot of flack for my response to her, but I stand by it. Why does she deserve someone great? Does everyone deserve to love and happiness simply for breathing? Personally, I don’t buy that for one second. What I do buy is that we all deserve the pursuit of happiness and love. Hell, it’s even written in the Declaration of Independence. Absolutely, everyone should be able to pursue what makes them happy. But whether everyone deserves to obtain it, whether they work for it or not it, is a different question entirely, and I believe the answer is a big, fat “NO!” Why should people deserve to be happy if they aren’t willing to put in the effort? Why would anyone deserve happiness if they aren’t doing anything to make themselves, let alone others, happy? People should have to work for what they want — including a successful relationship — before they’re said to be deserving of it. That’s where the “pursuit” part comes in.

Before we continue, this is a good time to share a great guide on how to pursue happiness, published by Hugo on trackinghappiness.com. This guide on how to be happy is the biggest resource and shares everything there is to know about happiness, from first defining it to then pursue it in the best way possible.

This idea that we’re all deserving of happiness regardless of effort does us all — a society in general — such an amazing disservice. It makes us passive people. Where’s the incentive to better ourselves? Where’s the incentive to help create happiness for others? Do you deserve a great job if you haven’t bothered to gain experience? If you don’t have the education for it? If you haven’t prepared for an interview or polished your resume or done anything at all to make yourself attractive to a potential employer? Of course not. So why, oh why, is it any different with relationships — or personal well-being, in general? Why are so many of us convinced that happiness is a personal right? You’ve got it wrong. The pursuit of happiness is a right. How one pursues it makes all the difference in determining whether one is deserving or not. 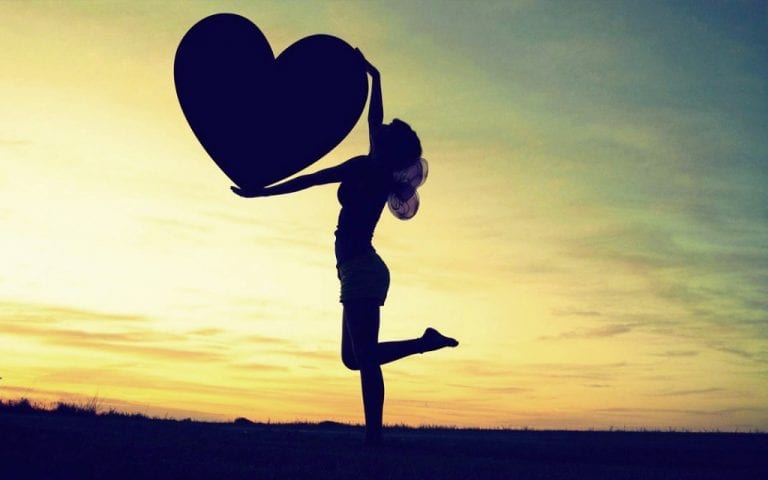 Going back to the original letter that sparked this topic, I have to wonder why people were so quick to defend the writer’s claim that she deserves someone great. For all we know, she may very well be a kind-hearted, funny, interesting person, but if we’re to believe what she wrote in her letter, that doesn’t seem to be the case. At least, not at the moment. Of course, she may be wonderful at her core. She may have the potential to be fabulous. But what about her current incarnation makes her deserving of “someone great”? Really, I want to know. So many people jumped on my case and said the letter writer absolutely deserves someone great — that we ALL deserve someone great. But shouldn’t one be a great person to deserve a great person? Does that mean we’re ALL great people? One need only watch a few minutes of the news or read a couple articles in the paper to see that that’s certainly not the case. There are a lot of non-great people in the world. So … do they deserve to be happy even if they’re actively making others unhappy? Do rapists and murderers, for example, deserve to be happy? Because, according to the logic being applied by many readers, they do.

Look, I understand there’s a big difference between murderers and people who are just passively waiting for love and happiness to find them without working for it. But the idea that anyone and everyone deserves these things, whether they work for it or not, is ridiculous regardless of whom we’re talking about. This growing sense of entitlement — that we deserve things to be handed to us simply because we want them, or worse, just for being alive — is a real problem. We need to stop the madness. We need to stop telling each other and ourselves, “Oh, you deserve better,” if that isn’t really the case. Instead, I suggest we get honest. “You want better?” we should say, “Then start being better.” Do you want to find a great person? Then start being the great person you’d like to attract. Do you want happiness? Figure out what will make you happy and pursue that. And for extra bonus points, put in some effort in making others happy. A society that helps one another in our pursuits is a society that’s truly deserving of great things.

Importance of Taking Care of Your Health with...