This ridiculous question popped up in one of the tabloids this week. Gossip Cop once again looked closer into this suspicious situation with hopes of setting the record straight. 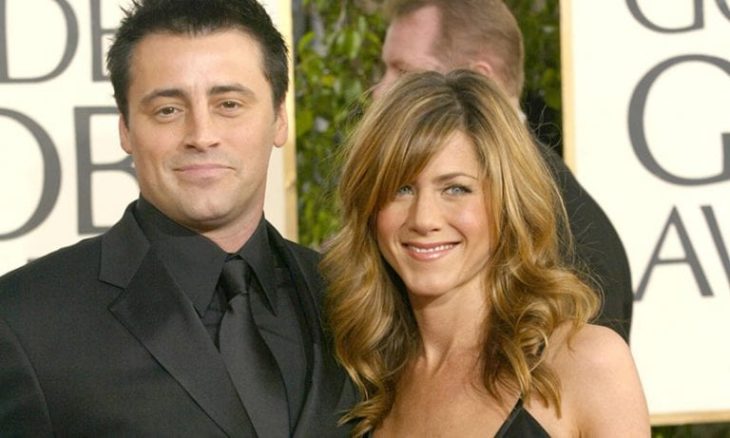 Aniston appeared on “The Late Late Show with James Corden” last month, where she said that she would love a “Friends” reunion. According to NW however, the star actress “may just be looking for an excuse” to hang out as much as possible with former co-star of the iconic show, Matt LeBlanc. The source told the magazine, “There have even been some whispers around Hollywood that they may have hooked up back in the day. Jen and Matt have remained tight-lipped about the rumors, but they can’t deny that they’ve always had a great connection.”

This source further said how the friends of the two co-stars believe they “would be a perfect match.” “There was a lot of chemistry between Jen and Matt when they worked together, and that didn’t go away overnight. They’re still good friends and they’re always comfortable around each other. People that know them both would be thrilled if they got together!”

This questionable insider revealed that Jennifer Anniston “hasn’t given up on true love and [is] ready to find the right person”. They also believe how Matt LeBlanc could potentially be the one for her. “Matt is easy to talk to and super-fun to be around, and Jen needs someone like that in her life again. There’s no doubt fans would go wild if Joey and Rachel dated for real.”

Several problems present themselves with this story. First of all, LeBlanc is in a relationship with the TV producer Aurora Mulligan since 2016. According to the magazine, Aniston wishes to break up their relationship to her advantage. People magazine, a reliable source of information, also casted their voice, saying that Aniston “isn’t concerned about dating” and “is happy to focus on work.” Entertainment Tonight, who is another reliable source when it comes to celebrity news, recently published a story on Aniston’s “perfectly happy single life.” According to them, the actress “feels more centered than ever because she’s not dating anyone and she’s perfectly happy.”

The premise of the whole rumor comes from an anonymous and apparently nonexistent source. Gossip Cop got in touch with Aniston’s rep, who confirmed that the story is completely fabricated. NW also falsely claimed in November how Jennifer Aniston was has a secret romance with Leonardo DiCaprio. Mere days before publishing that ridiculous and completely fake story, they claimed that she had her eyes set on Alex Rodriguez. They seem to make up random stories about Aniston’s dating life however and whenever they please.

Prince Andrew and Sarah Ferguson: How Long have they been Married? How Many Children Do They Have?

The Best Ways to Watch a Movie

What Do You Do When You Don’t Have...