by Wendy Stokes August 12, 2018
You loved her in “Lolita” and uh, whatever else she was in (hm…), but actress Dominique Swain just did a really, really bad thing that makes puppies cry. Not only was she lame enough to not get her dog fixed (what responsible pet owner in this day and age does that!?), but the cocker spaniel had a litter of eight puppies, and she decided to dump them at an already overburdened Malibu animal shelter.
But wait, it gets worse: After driving up in her BMW and insisting they take the pups, workers there informed her that it was crucial that the animals be vaccinated, as puppies can easily die if they don’t get their shots at four and eight weeks. Her dogs were already eight weeks, but they had received none. 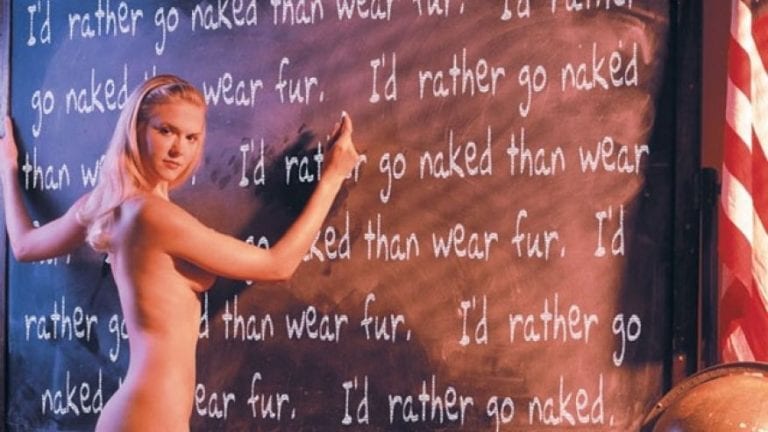 When they agreed to take the poor creatures and suggested she make a donation to cover the cost of the shots, she claimed she was broke. (Well, like we said, we haven’t seen her in anything lately, but still … animal shelters are broke, Dominique Swain is not.) And the cherry on top of this horrifying tale? She used to be a PETA spokesperson! The group had this to say: “We’ve not worked with Dominique in years and there’s no excuse for her allowing her dog to breed in a city that is overflowing with homeless animals literally dying for good homes,” said the rep. “There are free and low-cost spay-and-neuter services available all over LA. It is up to all animal guardians to fix their cats and dogs.
If people don’t have the resources to pay for spaying or neutering, they can still find free clinics by doing the tiniest bit of research.” We’ll just take this opportunity to say it again, Bob Barker-style, “Help control the pet population. Have your pet spayed or neutered.” And Dominique Swain, we’re watching you.
[Fox News]
Original by Erin Flaherty
animal rightscelebrity scandalsdominique swainpetapuppies

Dudes, Learn How To Shave Your Balls Properly

This Fetish Has Women Putting Worms in Their...