Larry David made an interesting clip in Curb Your Enthusiasm, and it has to do with the US President Donald Trump. In the video, the comedian is a Make America Great Again baseball cap just so that people won’t approach him. He figured out that if he wanted a little peace in his life, he should wear the MAGA cap. People would think that he is Donald Trump’s supporter, and that way, nobody would bother him in his life.

Donald Trump misunderstood the joke, and he thought that the comedian was praising him. He posted on his Twitter account Curb Your Enthusiasm clip, in which Larry David was being chased by a biker guy, whom he previously cut off. The biker man started to shout and threaten David, and at the red light in traffic, David put on a MAGA hat. The tough biker guy apologized to him and told him to drive safely.

What Trump got from the clip is what he wrote, “TOUGH GUYS FOR TRUMP!” However, the point of the video is that people like the biker man who is always angry and with fury are Trump’s supporters. Some Twitter user wrote, “Um. I’m guessing Trump didn’t watch this episode of Curb. The story is that Larry finds out if he wears a MAGA hat, people instantly don’t want to be around him, talk to him, deal with him – because they think he’s a MAGA a**hole.”

Another Twitter user also tried to explain things to the US president, “Trump misses the point: In the episode, the point wasn’t to say that Trump fans are ‘tough.’ It was to say they are obnoxious bullies like Orange Man.” 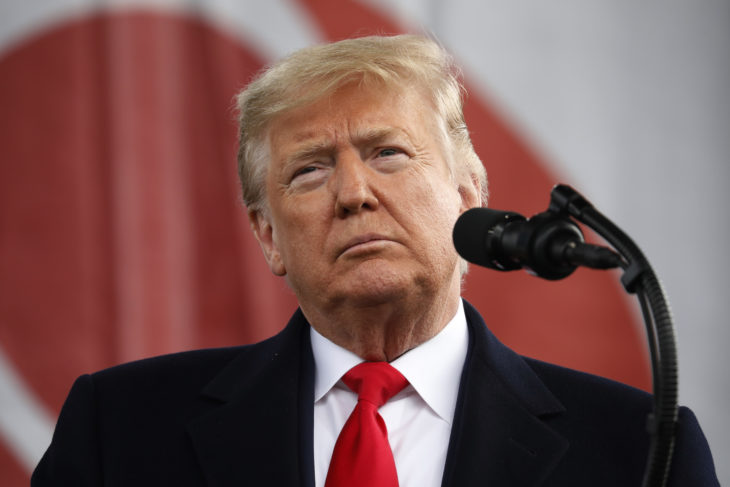 Larry David is not a fan of Trump, and he previously shared that in an interview, stating, “Alienate yourselves, go, go an alienate, you have my blessing. No, I could give a f**k.”

I love Larry David with all my heart and soul. pic.twitter.com/OEDANgVLho

6 Famous Rappers Who Love to Gamble