New York mag writer Liz Meriwether hilariously makes fun of white L.A. residents for adopting pets to cope with post-election America. Over the weekend, she observed an adoption shelter full of people adopting dogs and cats, which she contributes to the election results. Of course, she was there to adopt a dog too, but that’s neither here nor there.

All stereotypes are not created equal. Stereotypes of people of color hold consequences that affect our every day lives (hello, discrimination!) that cis gender white men are fortunate enough not to experience. But the wiser you become — and toss that cloak of respectability — you realize certain stereotypes are not worth fighting because they’re mostly true. White people love their pets (especially dogs!); black people love chicken (but who doesn’t love chicken really?). It just is what it is. 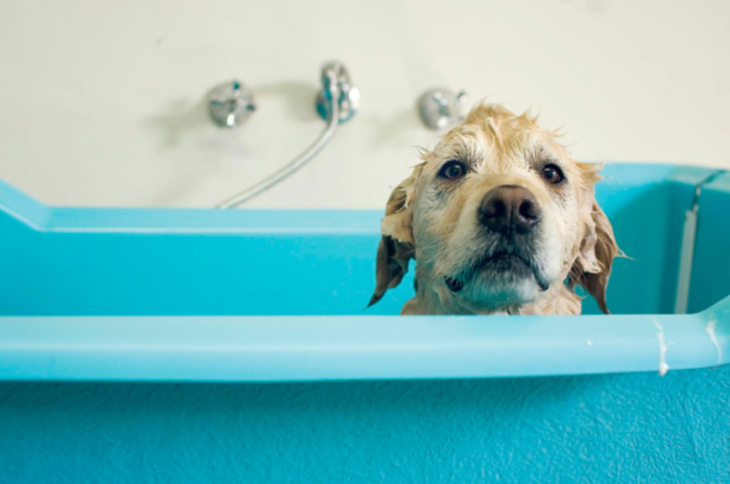 Perhaps that is why at one particular L.A. shelter, the woman working at the shelter noticed “a lot of people came in this weekend looking for pets.” Now I wouldn’t be a decent journalist if I didn’t mention that there’s no quantitative data showing pet adoptions soared after last week’s election. This is one writer’s experience in one adoption shelter. Cool? Cool. Now that we’ve gotten that out the way, let’s get to Meriwether’s wit.

“‘I wanted to be with you when we elected a woman president,’ my mother said. I couldn’t look at her. I just kept holding her hand and staring forward like we were both actors in a play that had been badly blocked. My mind had gone to static. In the Pixar version of my mental breakdown, there were little repairmen characters walking around my brain trying to figure out which wires had been crossed. But the Pixar version of my mental breakdown is beautiful and Oscar-worthy, and Lady Gaga recorded a special song for it, and the song is called ‘White Women Aren’t That Bad, Right?’”

She’s such a gem. And she gets even better.

“I had publicly spent the week donating, and emailing, and marching, and telling my friends that we would fight, but inside, I was furious at white women for electing this man. I had become a white woman who hates white women, which is a very strange kind of misogynist… and now I was sitting on a tasteful couch mocking white women adopting shelter animals, as I proceeded to adopt a shelter animal. I hated myself.”

It’s all very dramatic, yes? As the writer points out, “We all thought we were going to solve something by rescuing animals.” We’ll laugh all day at the idea of rescuing pets to sooth the sadness of the election results, but if this is happening, kudos to pets getting permanent homes. That’s a win we can all cheer for.

Her theory may not have any statistical data to back it up, but let’s just say I may or may not know someone whose boss joked that they should all go to a pet shelter to adopt puppies post-election. Not a bad idea by the way. Just saying. I think Meriwether is on to something.