Before Cycle 15 of “America’s Next Top Model” even began, much fuss was made about Ann, a tall and gawky contestant with the most narrow waist in the world. But after last night’s episode, it’s clear that the model to truly be concerned about is Anamaria, 19, who, at 5’10” and 110 lbs., thinks she needs to be “leaner” and is on a “calorie-restricted diet.” Though Tyra and crew cast the beautiful but extremely underweight and sinewy blonde on the show — after seeing her in a bathing suit during casting, mind you — her thinness became a strike against her in last night’s episode, as the models were photographed in barely any clothes. I, for one, found the whole thing extremely uncomfortable — should Anamaria have been cast in the first place? Did Tyra and the producers have an obligation to intervene? And — SPOILER ALERT! — did they do a disservice to her and the viewers by eliminating her from the competition as soon as they “realized” her thinness was a problem and that it reflected badly on them?Let’s face it: Models, both professional runway models and the “models” cast on shows like “America’s Next Top Model,” are, by and large, thinner than you or I or the majority of the population. They are human clothes hangers, whose thinness is natural for some and actively maintained by others. Then there are the models who weigh what they do because they suffer from eating disorders — “plus-size” model Crystal Renn has been vocal about suffering from anorexia in the early part of her career. 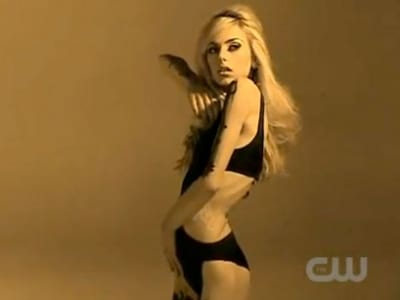 Everything Anamaria said during last night’s episode indicated to me that she, at the very least, suffers from body dysmorphia, in that she already weighs less than her body is naturally inclined, but still wants to be “leaner.” When asked by one of the other girls how much she used to weigh, Anamaria said she used to 130 lbs. but was now down to 110. That’s 20 lbs. people! A Google image search brought me to some older photographs of Anamaria, taken before the show and likely a year or two ago — there’s a fullness to her cheeks and a healthy glow. Being 110 lbs. is not in her genes — it’s due to the calorie-restricted diet that she doesn’t hesitate to mention on camera.

Later in the episode, Anamaria showed further signs that the way others see her — extremely thin — is not the way she sees herself. When Jay commented during the photo shoot that she’s “so vascular” and that she needed to pose in a way that makes her body “look softer,” Anamaria said, “I’ve been trying to hard to get lean, but it’s not working.” When Jay told her that she absolutely did not need to be any leaner, Anamaria’s face fell. “I don’t care what you say, I know how I feel, I know, in the mirror, what I’m looking back at. That’s all that matters to me.” 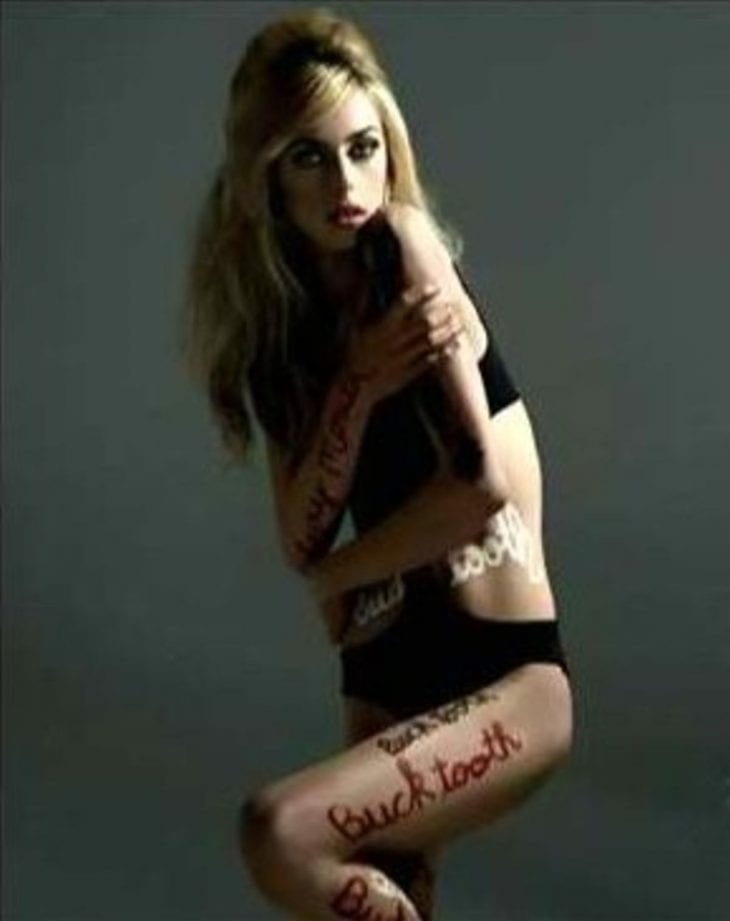 At panel, Anamaria’s photo disturbed the judges, particularly because Tyra said she picked the one that showed the least of Anamaria’s body — that the other photos showed just how painfully thin Anamaria is and that Tyra doesn’t want to send the wrong message to girls and women watching the show. This is where I started to get a little pissed off. Anamaria was cast on the show at or around the same weight — was Tyra not concerned then about her weight and how her body image might impact the show’s impressionable audience? At what point did Tyra and crew suddenly realize that Anamaria was “too thin” for them and for designers who love a thin model, but not that thin?

Regardless of whether Anamaria was ultimately given the boot because her thinness was a genuine concern or just a PR move, I was bothered by how matter-of-factly it was “resolved.” The editing of the episode indicated that Anamaria’s weight issues were potentially serious, but her dismissal from the competition was mealy-mouthed and detached. Keeping her in the competition would have been an endorsement of the unhealthiness of her appearance (no matter how she arrived at it, as Tyra did not directly suggest herself that Anamaria had a health problem), and Tyra washed her hands of the issue by telling Anamaria to eat a piece of bread with butter and sending her packing.

I couldn’t help but wonder if the producers stepped in to say something to Anamaria after cameras stopped rolling, or if Tyra took a personal interest in speaking with this girl on her own time. At the same time, would it have been Tyra’s place? Would it have done any good? Should there have been an epilogue after the episode discussing the seriousness of body dysmorphia, unhealthy body image, and eating disorders? And, really, should this girl have been cast on the show in the first place? What do you think?

Quotable: Aly Michalka Was Initially Skeptical About Auditioning For “Hellcats”