12 Interesting Facts To Know About Gemstones and Crystals

Shiny crystals and breathtaking gems are well-known and adored among people for the healing energy they radiate, but also as one of the basic elements used to make the most gorgeous pieces of jewelry. The planet Earth is enriched with natural minerals that represent the initial resource for the formation of these fascinating and miraculous creations. Looking at them, we can’t help being amazed by the power of Mother Nature which designed them “with its own hands”.

If you thought you knew all about gemstones, and that there’s nothing about them that could surprise you, you might be quite wrong – there’s a whole bunch of intriguing and mystical details that hide behind their existence.

You probably believe that color has no other role except the decorative one when it comes to precious stones or crystals, but beep! – you were wrong. Color is considered to be one of the most significant factors according to which one can identify the type of stone, as well as the purpose for which it should be used and the emotions or feelings they bring.

So, for example, you can find information that rose quartz can improve your emotional state, while rubies bring emotional harmony. The lovely, honey color of chrysoberyl soothes and helps with insomnia while encouraging creativity. Oh, and did you know that gorgeous turquoise protects against jealousy and that it can indicate health problems if it changes color while you’re wearing it? Now you know! 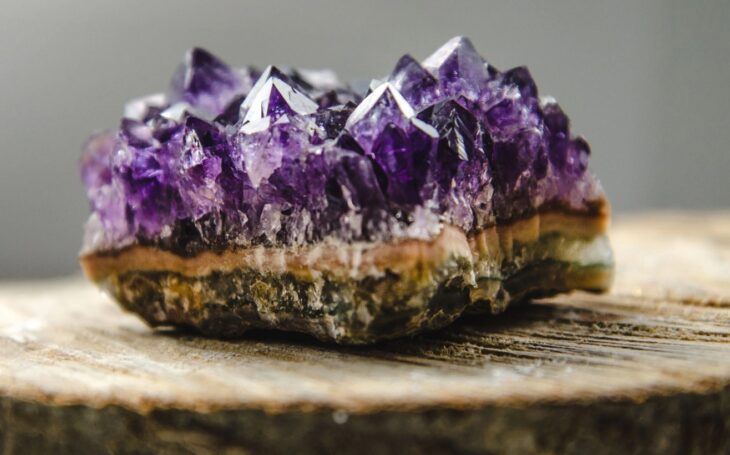 2. You have to program them

Once you want to use the energy of the crystal to enhance your emotional or other life and spiritual aspects, you must program it first. This involves whispering to the stone while explaining your motives and intentions that made you use it.

As explained by soulcharmsnyc.com, a retailer that offers various types and shapes of gems, including crystal skulls, this kind of ‘talking’ to a crystal or any other object can significantly enhance your meditation sessions. These beliefs date back to ancient cultures and have been preserved in human consciousness to this day, making it easy to find these skulls for sale even nowadays.

3. Cleaning is a spiritual ‘must’

Before you put the jewels around your neck, in a bag, or your pocket, experts advise you to clean them. This is a key point when it comes to their better connection with the energy of your body. If you don’t cleanse them or rinse them in water – depending on the type of stone – it’ll retain all the spiritual energy it has absorbed in the meantime which results in decreased efficiency. 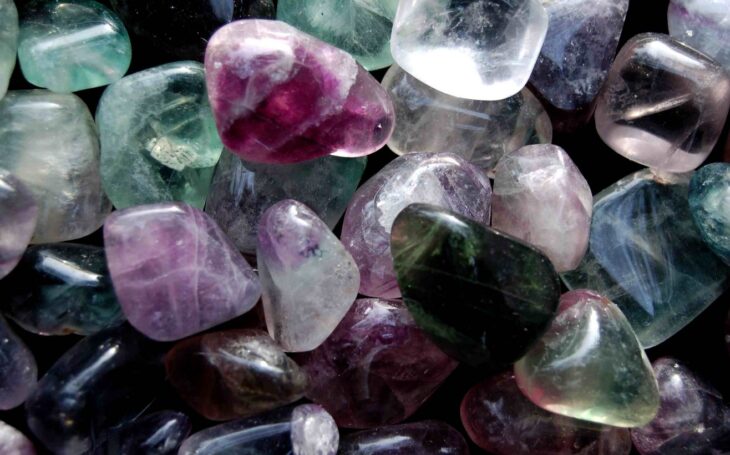 4. The truth about the origin of precious stones

Scientists believe that crystals formed parallel to the formation of the earth. This claim was confirmed by research conducted in Western Australia 6 years ago when a 4.4 billion-year-old zircon crystal was found. Given the well-known fact that the Earth is 4.5 billion years old, it’s clear why there’s such an opinion about their origin.

5. Their use in the Stone Age

Some research proves the presence of crystals in the Stone Age. The inhabitants of the Stone Age believed that such jewelry had a protective power and that it could save their lives from all the threats that surrounded them. 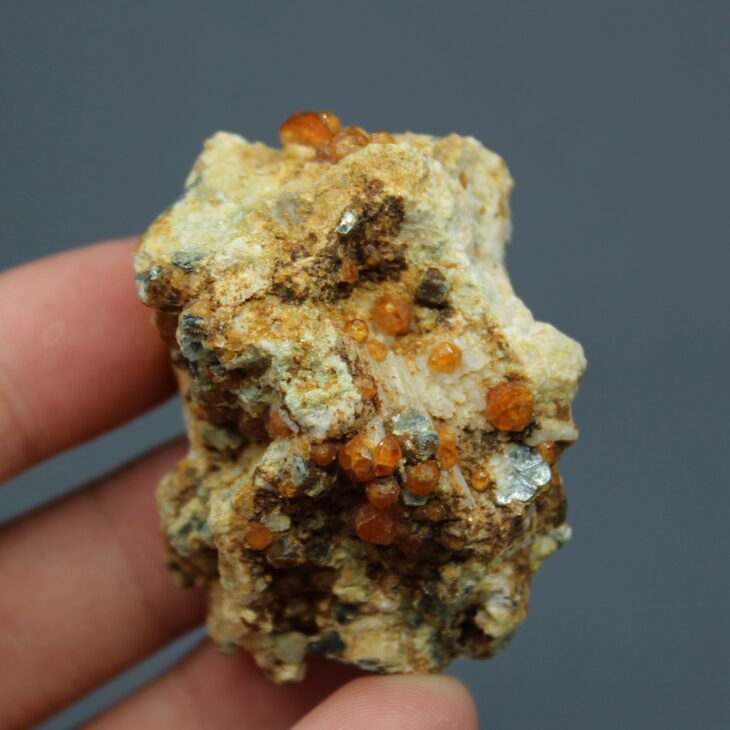 6. Their use in ancient Egypt

The ancient Egyptians are well-known even nowadays for their beliefs in the natural and spiritual forces that surround us. In Egypt, crystals have been used for a variety of purposes including wound healing, preventing infections, soothing pain and reducing swelling.

Let’s take the power of quartz as an example: they believed that this precious gem would guard their deceased ones once they placed it on their bodies. And not only that – if the mythology is to be believed, quartz played the role of a soul protector during their migration to the afterlife.

7. The changeable value of amethyst

Amethyst used to be a priceless gem, but this has changed throughout history. The discovery of its large reserves in Brazil contributed to a significant decrease of its value, as it became too accessible. Yet, this was the case only in certain parts of the world and in certain eras. Today, regardless of that, amethyst is still considered precious and elegant. 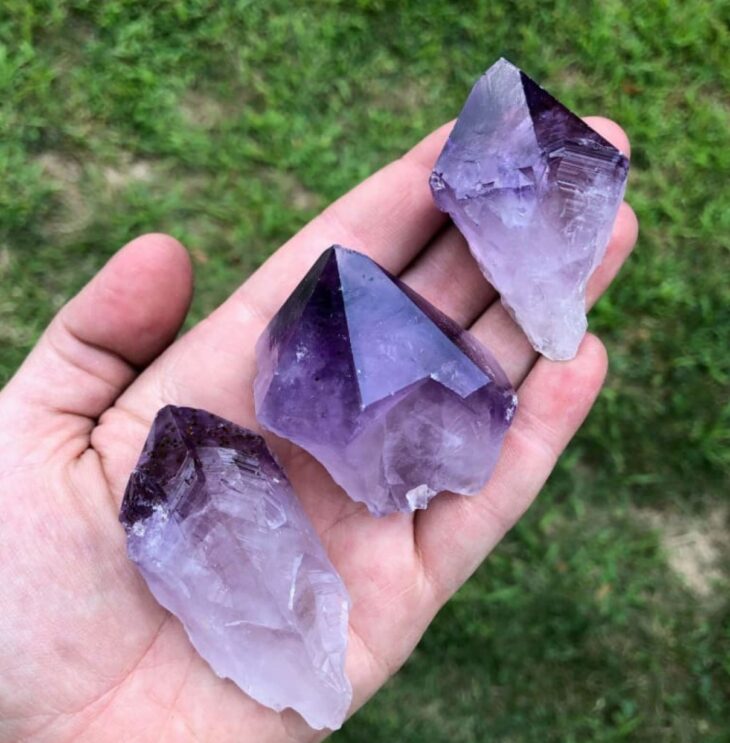 The carbon atom is the basic building block of a diamond – thanks to its composition, it’s considered to be the heaviest natural substance on Earth. The world has only a few of its deposits, the most famous of which are those in Africa. An uncut diamond is known for its hardness which is much higher compared to all other minerals – this is why it’s often used for grinding.

It may also be interesting to know that, by changing the arrangement of carbon atoms, we can turn a diamond to one of the softest minerals in the world  – graphite – which people use for writing nowadays.

The value of diamonds has always been high and that fact is well-known to everyone. However, at one point, in 1999, its preciousness reached its peak. In this year, a giant Pink Star of 59.6 carats was mined in South Africa and sold to an interested buyer for 83 million dollars. From that moment on, it gained the reputation of being the most expensive gemstone ever. 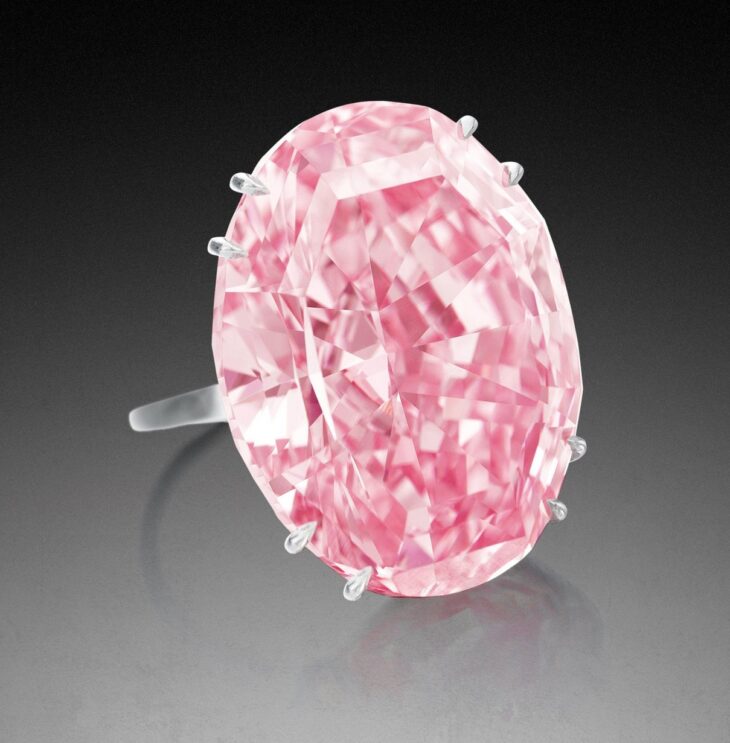 10. Popular and multiple use of lapis lazuli

The value of lapis lazuli dates primarily from ancient Egypt where it was used in the crushed form by women, which used to put it as an eyeshadow. Leonardo da Vinci also loved it and gladly implemented in his world-famous works of art, and it also appeared as one of the most popular materials during the painting of the Sistine Chapel. Considering its strong, blue shade and its symbolism, it’s no wonder that It was a favorite in various royal families, too.

Have you heard of organic precious stones? Sure you have – you just aren’t aware of it. Their origin is related to the crystallization of the living organism bodies, and the main representative of this group is a gentle, lovely – pearl. The refined look we get by wearing pearls is enchanting, which is why these are widely used in jewelry making. Who would guess that they hide billions of particles of miniature bodies that once were alive? 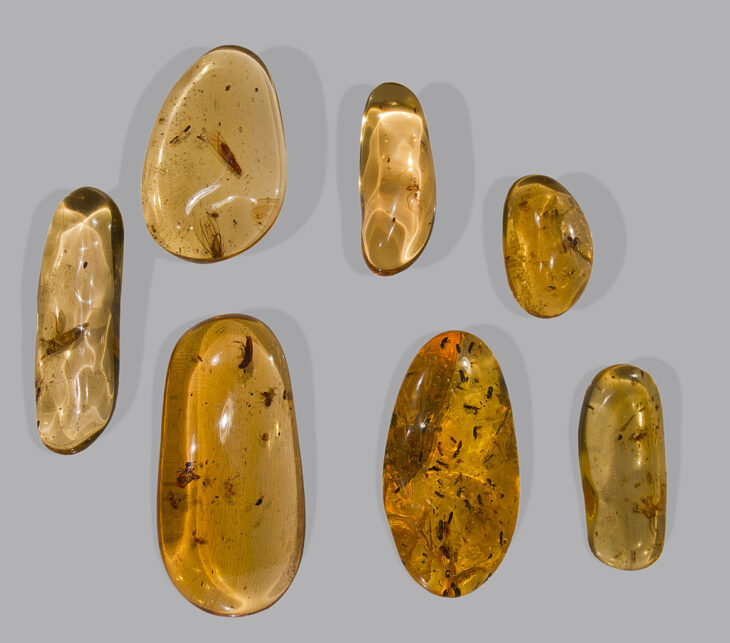 12. Each name has a special meaning

The last thing we want to teach you about gems is the meaning of their name. It’s believed that each name is related to the monetary value or their meaning in ancient civilizations as well as from their specific properties and spiritual and emotional significance. Thus, rubies, because of their red color, which exists due to the presence of chrome, have always been associated with love, while the moonstone throws a special, milky shine for which the ancient people believed it comes from Moon rays.

5 Things A Logo Design Company in California Must Include

6 Tips for Finding the Best Restaurants for Private Events