Feminist Dads Pretend To Breastfeed For An Awesome New Campaign

Photographer and father of two, Hector Cruz, believes that dads should know just as much about latching, pumping, mastitis and nipple cream as new mothers do. That’s why he founded Project Breastfeeding, an organization whose mission is to destigmatize public breastfeeding, educate men about what a vital role they play, and empower and support women.

After going through 10 years of infertility, Cruz was ready and eager to be involved in the fatherhood process, but felt that the current, social stereotypes excluded dads from some of the most crucial parts of the process. He got the idea for the organization’s latest ad campaign, “If I Could, I Would,” when his wife was in pain breastfeeding their daughter Sophia. He says he really contemplated the question: If he was capable of producing the milk to feed his daughter, would he step in and offer up his teet? After much honest deliberation, he decided that he absolutely would. Cruz began photographing other fathers who felt the same way, and hopes that the campaign will help raise money and awareness. Next year, Cruz hopes to launch co-ed breastfeeding classes for new parents. 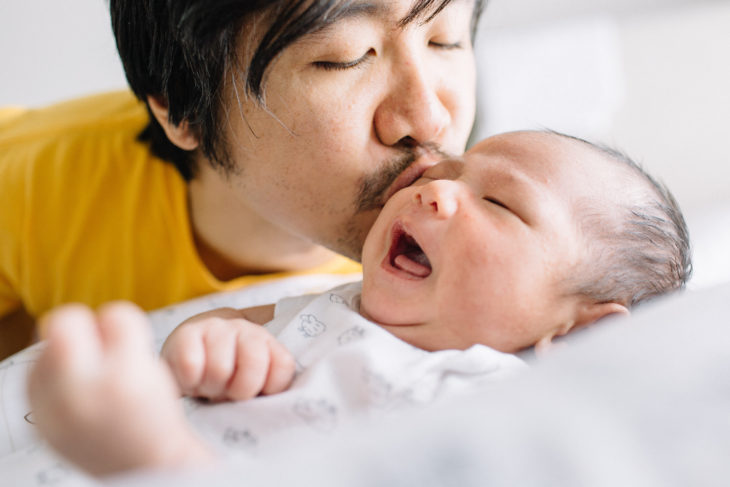 I could not approve of this more.

Ask A Married Guy: “My Boyfriend Is Suddenly Being Weird About Moving In Together”

Dear Wendy: Is A Potential Relationship Worth Jeopardizing A Great Friendship?