I wasn’t always an atheist. There was a period in my life in which I was Catholic, and I humbled myself by giving things up for Lent. Or, well, I ostensibly gave things up for Lent, just like every other Catholic. Because let’s be honest, Lent is pretty much just New Year’s Resolution Mulligan, and people approach it with the same seriousness and determination with which they tend to treat trekking out to the gym in the fucking snow in the middle of January, which is to say little-to-no seriousness and determination.

I went to (and spoke at) this nifty event last night — if you’re in Chicago, it’s called About Women and you should definitely go — and the topic was motivation. It was enlightening. One of the things I took out of it is that belief that something should be important to you is usually not enough to motivate you to follow through on things. Most people make big changes — even temporary big changes — only if something is profoundly and genuinely important to you. And, let’s face it, even if you love Jesus more than you love your own kin, it’s just not that fucking important to not eat chocolate in order to honor him. Not even symbolically.

Part of the problem is that there’s nothing inherently bad, or even inherently luxurious, about the things a lot of people give up. OpenBible has a list of items Twitter users are giving up for Lent, and some of them are facetious (“school,” “Lent”), but plenty of them are genuine and familiar: Chocolate tops the list. Twitter and social networking take the next two spots. There’s coffee, sweets, meat.

Let’s look at these. Chocolate? How bad is chocolate for you, really? Most people do not consume chocolate in such massive quantities that is genuinely interfering with their quality of life or making them a less moral person. There is nothing inherently evil about chocolate. And it’s not exactly a diet staple or a necessity, but it’s so accessible that it’s not exactly a luxury, either. Same goes for coffee, sweets, and meat; and same, I think for the most part, goes for social networking. 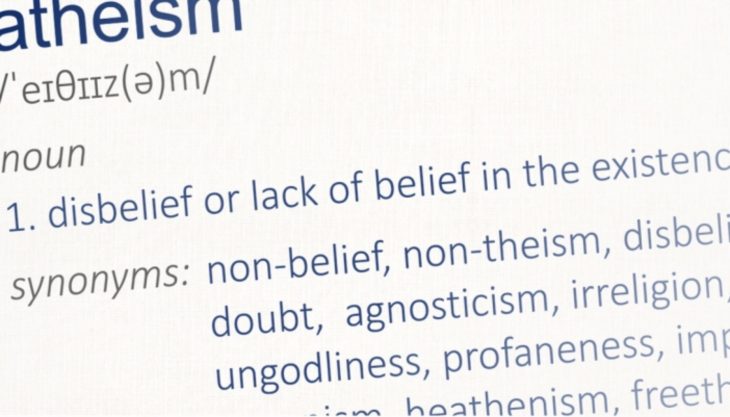 And the point of Lent is to put yourself through a sacrifice in such a way that it mimics Jesus’s sacrifice for humanity, right? In Christian theology, the dude died a horrible, gruesome death, gave up his very existence in an incredibly painful fashion, in order to give us a clean moral slate. If you’re Christian, or even if you’re not but you find Lent to be a useful practice, let me ask you something: Are you cleaning your moral slate by giving up chocolate? Are you honoring not just Jesus’ sacrifice, but all of the sacrifices that anyone has ever made for you, by not eating a Hershey bar? My guess is no.

I don’t want to preach, because A) seriously, do what you want with your life; and B) I’m not exactly morally perfect. It can just be irritating, as a secular person, to watch believers and pseudo-believers go through the dog-and-pony show of declaring that they’re “giving something up” for Lent, get through that first or second Saturday, take Sunday off, and then decide that it’s not really that big of a deal. So what was the dog-and-pony show for? Is a façade of faith, a play-acting of ritual, enough to say that you actually practice faith? Or enough to say that you understand the ritual, or why it’s important or useful to your faith?

Besides, if the point is that you’re supposed to be mimicking Jesus’s sacrifice for the good of mankind — I see people making sacrifices for the good of mankind all the time. I see parents willingly giving up millions of dollars over the course of their children’s lifetimes to make sure that those children grow up to be balanced and healthy humans who can contribute to society in a productive way. I see parents losing sleep and health to attend to their kids. I see friends who put aside long-awaited weekend plans in order to help people who are important to them with more pressing emergencies. I see teachers who spend their days teaching and their nights grading and their weekends and summers planning in order to ensure that their students are equipped to think and learn well. I see students who put aside their social lives to study harder so that they can get jobs, once they graduate, that will allow them to do things that they believe will be good for other people, or the planet, or at the very least will ensure them and the people they love a financially stable future. I see children acting as caretakers for their elderly parents.

The day I see “making excuses when my friends need my help moving” or “ignoring my parents’ phone calls” on the top of that Lenten-sacrifice list will be a very faith-in-humanity-restoring day for me, indeed. But really, I already have faith in humanity, and that’s the point of my secularism. It just might not be a bad idea to use Lent, if you’re going to practice it, as a time to be more intentional about being the best of ourselves.