I’m a hopeless romantic, but in the last six months, I’ve had a drastic shift in what love means to me. I’ve let go of the idea that love is an intense and demanding force. It doesn’t need all of my attention and it doesn’t mean things have to happen “now or never.” I’ve learned that love doesn’t have to have a destination, that I can love without expectation. I’ve learned that there are so many different kinds of love, that feelings are not mutually exclusive, and the way that I feel about one person has nothing to do with the way that I feel about someone else. I’ve been able to break away from the idealistic love that has been hammered into me for as long as I can remember. I can love and feel on my own terms, without needing validation or reciprocation, and that’s pretty fucking amazing.

I’ve wrestled with the concept of monogamy for as long as I can remember, much longer than I’ve been dating. Like most products of divorce, my feelings on marriage and long-term commitment have always been complicated. Mix that with being gay and growing up in a society where a traditional life trajectory (marriage and babies) isn’t as straight forward and it’s pretty easy to break out of a social convention like monogamy. I was also lucky enough to grow up in an incredibly open-minded environment. When I was six, I was introduced to the concept of polyamory through my mom’s best friend, who had a husband and two boyfriends, and that was a completely normal thing for me to wrap my mind around. I didn’t aspire to it. I was young and still holding out hope for a fairytale romance with Fabio (I’m not sure what I was thinking), but it was nice to know that it was on the table. 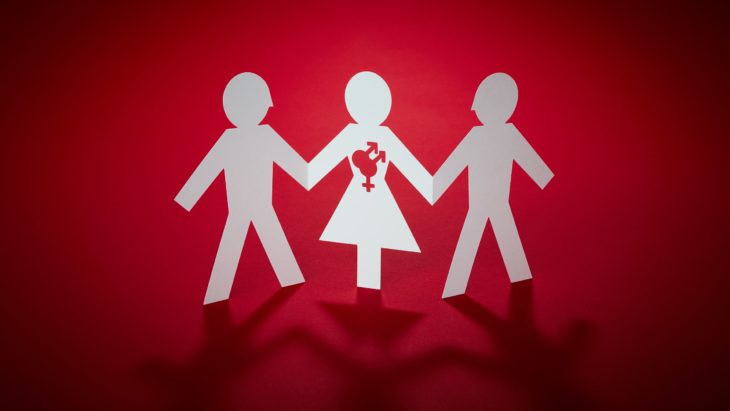 Lately, I’ve been describing my feelings on monogamy as “up in the air.” In typical fashion, hell will freeze over before I ever commit to anything, even if it’s just an abstract set of ideals. “An American Tail” had a profound effect on me as a young child and I’m a firm believer in “never say never.” It’s not that I’m actively against monogamy, I just don’t feel the same pressure from it that I used to. I’ve realized that I don’t need monogamy to validify my relationships or my feelings for people. Dating or sleeping with other people isn’t a reflection of how my partner feels about me or how I feel about my partner. I’ve reached a point where I’m secure enough in myself that I don’t have to rely on anyone else for that. I’ve also stopped seeing relationships as a way to complete a whole and more as a way to make something awesome even more awesome.

The jaded side of me has always thought that monogamy was unrealistic. People cheat on each other all the time. Future cheated on Ciara and Ciara is pretty much flawless. Additionally, it’s impossible to expect that someone could fulfill your needs. Nothing lasts forever, and what’s love, but a secondhand emotion? I’ve since let go of the idea that sex equates to love, that I would need anybody to fulfill anything for me, and that love can fit in a box or be summed up by an ’80s pop song.

Plus, it’s hard to subscribe to something that science doesn’t necessarily support. Monogamy is seldom seen in nature. Only 3 percent of mammals are monogamous. There is a lot of research stating that humans were not always predisposed to monogamy. The scientific fascination with the female libido found that monogamy actually led to a decrease in female sex drive. One theory that plays into that is that it’s hard for humans (of both sexes) to rely on one person for both stability and sexual fulfillment. Additionally, with infidelity as rampant as it is in heterosexual relationships, wouldn’t it make more sense to set those expectations from the start? Even if you never sleep with someone else, it’s seems a lot easier to me to leave a relationship open from the start and save everyone the guilt, heartbreak, and betrayal that occurs when someone breaks the promise of monogamy. Studies have shown that non-monogamous relationships are often happy and healthy. 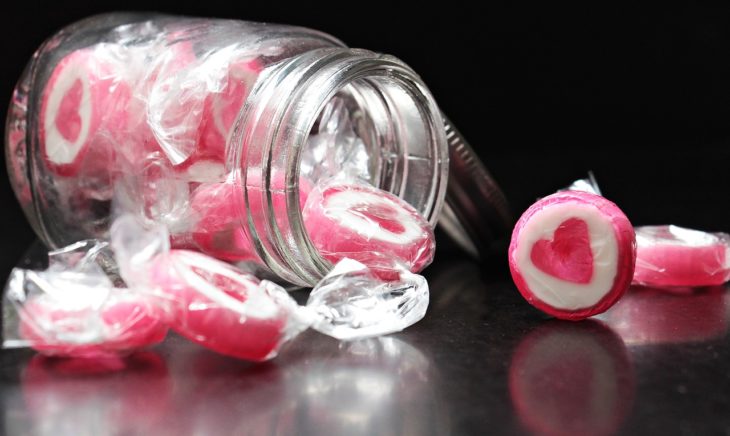 There’s a pretty awful argument out there that applies the gateway drug theory to homosexuality. Champions of “gay conversion” claim that it starts with gay clubs and leads to prostitution and drug overdoses. This is a pretty offensive outlook and I don’t condone it at all. But there is something to be said about being brave enough to break away from a societal norm, to have a willingness to try something completely different and unaccepted. Polyamory is a lot more accepted in the queer community, as seen in a survey on sex that Dazed and Confused conducted recently, especially among bisexuals of both genders, often the sexual outcasts. Polyamory in queer relationships is nothing new, but there does seem to be an increasing trend of openness to the concept (for both gay men and women) that isn’t seen in heterosexual relationships.

Right now, it’s pretty easy to shun social conventions and explore my thought process on monogamy in long-term relationships. I’m single in a new city with no real intention of getting locked down any time soon. It’s entirely possible that I’ll be singing a completely different tune when I meet someone that I really like. But right now, I have the opportunity to explore my feelings on and try out monogamy versus non-monogamy, without the burden of jealousy and insecurity. Now, I wonder how Beyonce feels…