Girl On Girl: Casual Dating Sucks No Matter What Gender You’re Into

When Beyonce’s “If I Were a Boy” came out, it really resonated with me. One, because I am super gay and Beyonce butching it up in a police uniform was kind of like a dream come true. But also because I had tried my hand at dating boys, thought they were total jerks, and knew that I would be so much better than they were at dating girls. Seven years and three broken hearts later, that song still really resonates with me, but more as a laundry list of all of the shitty things I’ve done to girls that would make both Beyonce and my mom incredibly disappointed in me. (Also, because this live performance of the song is incredible for Beyonce covering Alanis Morisette’s “You Oughta Know” and straight up magical for whatever is happening to her body at the 4:25 mark.)

There’s a thought process that being a lesbian is easier. Because women understand other women, they communicate better, and they’re exempt from the patriarchy. Yeah, right. It is really awesome to have access to someone else’s wardrobe, but probably not worth the chaos that happens when your period syncs up with your partner’s. And, yeah, girls almost always smell nice, but I kind of wish my arms weren’t two different sizes. I’m ambidextrous, but somehow my left bicep is still twice as large as my right one. Most importantly, casual dating, regardless of gender or sexuality, is complicated as hell. 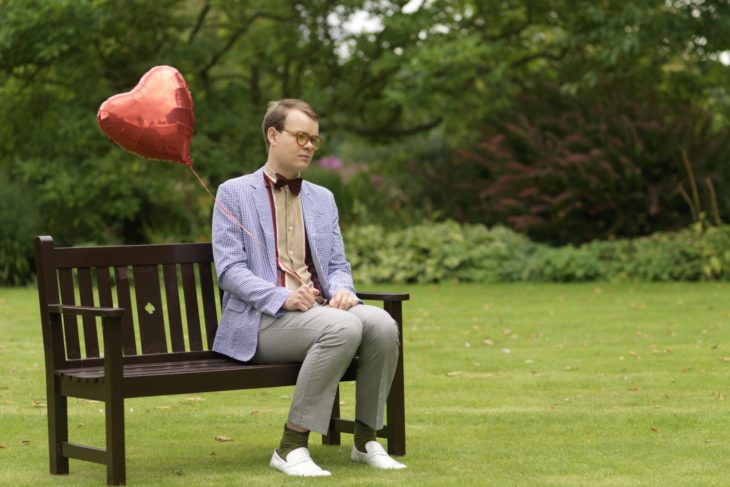 My mostly-heterosexual female best friend and I have always had strangely parallel love lives. Over the course of our 10-year friendship, we have been in relationships at the same time, broken up at the same time, dealt with cheating partners at the same time, and crushed hard at the same time. Right now, we are both very single and deep into casual dating. In the last few weeks, we have experienced the same bullshit from the people we’ve been dating. We’ve been so aligned, that we both excitedly texted each other the morning after finally hooking up with babes that we had been crushing hard on, only to be found second guessing everything by the next morning. In the last few weeks, we have explored important topics like: “Who the hell ghosts someone and then likes and unlikes their pictures on Instagram?”; “How do I play it cool with someone without having it be confused with total indifference?”; “Am I a huge asshole?”; and “Why do I protect the emotional needs of others at the expense of my own emotional needs?”

A funny thing happens after you get burned by someone else: it makes you act like a dick. You do some really terrible things to people to protect your ego. You jump into rebound relationships to fill a recently-vacated spot and then ditch them when your ex calls you back. You juggle too many people that are 100 percent interested in you when you’re only 60 percent interested in them. You search hard to validate your worth at the expense of other people’s feelings. You do even more terrible things to protect your vulnerability. You work too hard to seem cool and nonchalant and then it gets interpreted as disinterest. You spend so much time trying to decode text messages that you lose sight of what they actually mean. You trip yourself out so hard that you can’t express your feelings and you miss out on something good for you. That makes you a dick. Instead of directly expressing and acting on our feelings, we enter into this weird push-pull situation. Dating someone is this weird power struggle of who needs who the most and we get so lost in focusing on not being on the losing side of the struggle that we actually lose sight of the big picture. And as a result, we find we can’t act on our feelings when it feels like doing so would be nice. Our method of self-preservation made my best friend listen to a dude vent about another girl he was involved with instead of letting him know that what they had wasn’t just a casual thing and it’s actually hella annoying to hear about the rest of his love life. That same method of self-preservation is the reason why I thought it was acceptable to pass a recent hookup off like it was no big thing even though I sat through my subway ride of shame the next morning with the biggest floating feeling.

Gay or straight or bisexual, people can never stop beating around the bush even when there’s no bush to beat around. I have such a hard time accepting positive things in my life at face value that when that same friend read this column and told me it was great, I asked if she was just being nice.

Can You Get It Up For The Thong Condom?