Girl On Girl: On The Death Of Lesbian Bars

I had to say goodbye to one of the most intrinsic parts of my life this last year. It was something that was there on my darkest days, my most celebrated moments and during nearly every major life event. It was there when I took repeated shots of courage and came out to my dad, the first, second and 10th time I got my heart broken, and when I met what’s-her-name, my first one-night stand. When all else felt bleak, and I wanted to feel surrounded by friends, I would head to my local lesbian bar, T’s in Chicago’s Andersonville neighborhood, and patronize a place that had become like my second home.

Most recently it served as the place where I held my 30th birthday party, where we closed it down only to discover that it would not be reopening again the next day. Imagine it as Cheers: less a few gentlemen with more armband tattoos and a constant loop of “The Real L Word” reruns playing on huge flat screens and there you have it, the local lesbian bar that can be found in cities across the country. Now, still thinking of a place where everybody knows your name, take away the physical bar and there goes the sense of community, the place to socialize, the place to make mistakes, the place you felt most comfortable being yourself.

In the last few years, the lesbian bars that managed to stay in business through the recession have been shutting their doors. Maybe it’s because they feel less vital now that the gay community is more comfortable dispersing, with a wider acceptance, making segregating establishments by sexual orientation a thing of the past. Or, perhaps it’s due to online dating making it easier for ladies to meet their soulmate with the click of a button, without ever leaving the comfort of their drawstring pants. Whichever the case, does that mean lesbian bars are facing extinction? 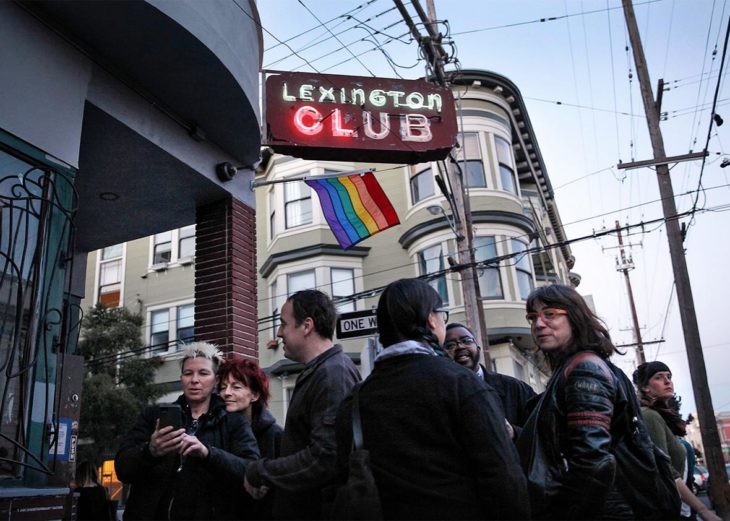 Nearly a decade ago, there were a number of lesbian bars to choose from in any major city. One of the first bars I went to at the ripe age of 21 was Walker’s Pint in Milwaukee, Wisconsin, and while I was still questioning my own sexuality, desperately hanging on to my heterosexuality while shining the ally buttons on my backpack, I felt at home amongst the ladies in the bar. Before I myself even knew which team I played for, I felt for the first time that this was a place where I could be myself.

I came out at 23 and decided to move to Portland, Oregon at 25 on my own sort of lesbian crusade. All I needed to hear was that Portland was the lesbian mecca and I was on my way to immerse myself in the land o’ ladies. Within hours of pulling my Budget truck up to my house, I walked the few blocks to the only surviving lesbian bar in Portland, The Egyptian Club. Up until that point in my life, I had never seen that many queer-identified people in one room. “The L Word” night was serious business, and I struggled to find a small corner in which to regroup and pull my lower jaw up off the floor. I was an immediate regular, and a few weeks later became employed by the affectionately nicknamed ERoom. From that moment forward, those ladies were my family. No matter how dysfunctional, or how many awkward sexual situations I found myself in with my coworkers, those were my people and I still miss my time with in those rainbow emblazoned walls.

It was also in that time with those people and the sort of freedom that working in a lesbian bar allowed where I was truly able to find myself. After the ERoom closed in 2010, I was asked how I was able to meet people, having moved not knowing a soul. I realized it was that bar and those experiences. Bars in their most fundamental states are meant as gathering places and lesbian bars specifically serve as the cornerstones to creating community. Just like on “Cheers,” at Stonewall or NYC’s Cubbyhole, without the opportunity to congregate kick-back and mingle with like-minded individuals it becomes harder to find “your people” and ultimately, yourself.

Even so, lesbian bars rapidly closing their doors has become a phenomenon in major cities across the country and seems directly related to our changing societal norms. While this trend seems to affect the bars in in larger cities, smaller-town bars aren’t completely immune, although arguably more necessary. After 50 years, the last remaining lesbian bar in West Hollywood, The Palms, shut down along with Tink’s Pub in Louisville and Chances Bar in Houston — Chances maintaining their website as a tribute site for for old patrons to keep in touch. Take into consideration a number of myths about lesbians becoming anti-social once coupled up, or being cheap and unable to sustain a thriving bar, mixed with the fact that lesbian couples seem to be more widely accepted in mixed spaces then gay men and voila — you have a recipe for the rapid decline of the lesbian bar.

It also seems the evolving cross-pollination of bar patronage has pulled us from lesbian0specific venues and into more mainstream locations that capitalize on the lack of queer-entric bars by hosting queer events. While I’m happy that queer-centric events are happening, I miss the days of walking into a bar and knowing that the cute bartender was most definitely gay, meeting new queer friends and being able to count my exes in one room or point out terrible first dates. There is also the problem that when they do exist, lesbian bars serve as the butt of jokes to younger and socially savvy ladies. I don’t know which came first, the too-cool-for-lesbian-bar patrons or hipsters, but nonetheless, walking into an establishment with a motorcycle hanging from the ceiling, a Melissa Etheridge poster on the wall with rainbow confetti stuck to the floor doesn’t seem to be the the ambiance millennials are looking for. 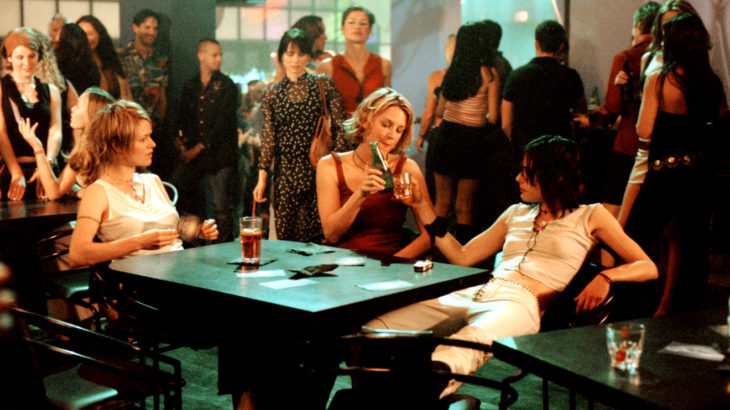 Upon hearing that yet another lesbian bar closed this week — Philly’s only lesbian bar Sisters Nightclub — I am disheartened that our bars will soon be a thing of the past. Sure, it may seem archaic, and maybe it is, but I for one still love having a place that is ours. Somewhere that I know I can go, and feel completely comfortable being myself. Somewhere I can show affection without gathering a crowd of applauding men or, true story, being kicked out for distracting from the in-house entertainment.

The ERoom, as well as it’s fallen counterparts, offered a home base and safe haven for queer folks who couldn’t be out elsewhere, for newly out ladies and people who were new to town looking to find community. All these people just wanted a place to call theirs. Lesbian bars were, and I believe still are, important to our growth as a community and I miss the ability to belt out “Constant Craving” at karaoke on a Saturday night. Actually, I take that back: my attempts at KD Lang sing-a-longs were never ,nor will they ever be well-received, no matter which bar I find myself in.

Are They Hot Dogs Or Legs?