Jared’s* question came during a sex party a few months ago, after some steamy foreplay organically led to this discussion: “Can I fuck you now?”

It caught me off guard, but not in an unpleasant way. Men had asked me this question before, and I was half expecting to decline, like I usually did. But I’d been fantasizing about having sex with him for months. This was opportunity knocking.

“It’s okay if you don’t want to,” Jared continued, directing this at both me and my husband, Paul. “But it seems like the logical next step here.”

It was. “Are you okay with that?” I asked Paul. He nodded reassuringly, excited to watch me take this new step. I smiled. “Then, yes. Let’s give it a try.”

So we did. Jared became the second man I’ve ever had intercourse with, signifying a change I never thought would come: an interest in sleeping with men.

The process began years ago with Paul, the man I’d assumed was the sole exception to my lesbianism, and even that sexual relationship took time to develop. Seven years ago, during the summer before we officially started dating, I visited Paul at his parents’ house. I’d just returned from a month-long trip to Israel, and my most profound spiritual awakening during that trip was the realization that I was falling deeply in love with him. So when I returned home, I planned a visit. Before long, we were hugging in the airport. 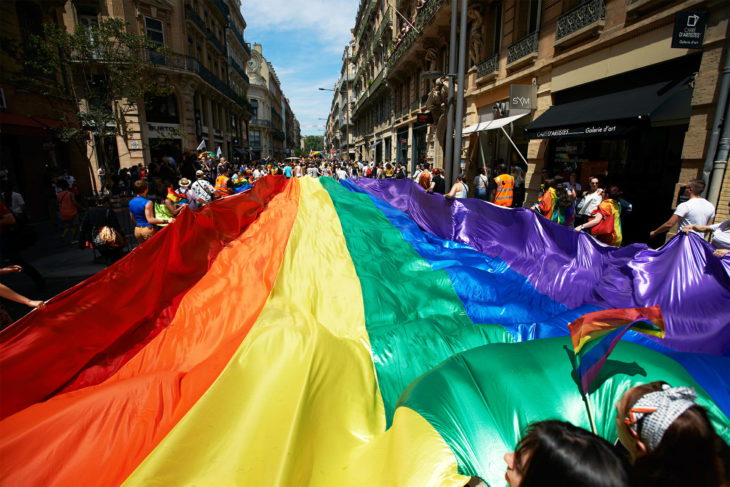 During that trip, I gave Paul a blowjob for the first time. It was the first time I had ever given one, and he didn’t even ask me for it — I just felt the urge to try. It was a beautiful moment, but when it was over, I cried for a long time. I apologized while he held me and assured me that he understood: He knew as well as I did that I wouldn’t be able to look at myself the same way after that. I wasn’t as gay as I used to be, and I needed my moment of grieving before I could begin the process of reassessing my identity.

Queerness has always been my anchor. It’s inextricably tied to my politics, religious beliefs, artistic sensibilities, and history. It’s the one facet of my identity that’s remained constant since childhood. As long as I’ve been me, I’ve loved women, and I’ve never been quite sure how men fit into the equation. Realizing that my attraction to Paul was real made me start to redefine my queerness in a way that would include him.

By the time Paul and I married, sex no longer sent me down a road of emotional processing and questioning who I was as a person. It just felt good and right. Yet, I sometimes held back. Unconsciously, I over-thought the experience to prevent myself from fully embracing it. I embraced him, but not the acts themselves, because he was the exception and, deep down, I was still a lesbian. Right?

Last year, Paul and I started attending play parties and exploring polyamory. Initially, we pursued it with the intent of meeting and sleeping with other women, but at our first party, I met two queer-identified men who caught my eye: Jared and Adam. I was instantly attracted to them and had no idea what to make of that, so I played down my interest during that first meeting. Once I got to know them and realized the attractions were mutual, though, I decided if I was ever going to explore the depths of my attraction to men, now was the time.

When I told Paul I wanted to try intercourse with other men, he was completely supportive. He only asked that he be there with me, at least the first time, which was what I wanted, too. 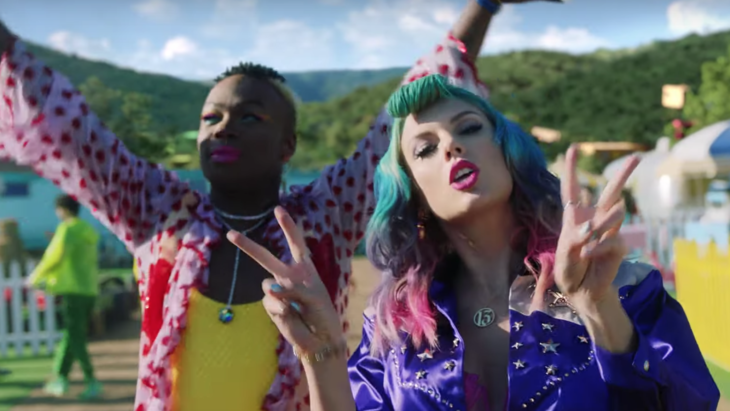 “I think so, too,” I said, hesitating slightly. “But I’m scared of how I’ll respond to it. It’s like the final nail in my lesbian coffin.”

Paul looked concerned. “In all fairness, isn’t that something that happened years ago, when we started having sex?”

“Yes,” I told him, “but this is different. You’ve been the one exception. When the exception turns from one person into two or three, it’s no longer an exception.”

Paul nodded. He couldn’t argue with that.

When we started going to sex parties, Paul told me that he liked them because, “When you’re in a room like that, you can’t hold anything back.” I completely agreed. Sex parties succeed because of the lack of inhibitions, allowing for ease in experimentation and exploration. Case in point: when Jared and I had sex for the first time, we were on the floor of a bedroom while dozens of other people were busy engaging in their own kinky activities. Inhibition didn’t exist in that room. I was outside of my head and present in the moment. What I found was that I genuinely liked what we were doing. Certainly, it helped that I like Jared as a person, and that Paul was next to me, holding my hand, and that the space we were in was safe and welcoming. It also helped that Jared periodically checked in with me, helping me relax even more. But even with those factors aside, I truly enjoyed the experience of having sex with him.

A few weeks later, Paul and I invited Adam and his girlfriend over. When Adam asked if I wanted to try intercourse, I already knew that my answer would be yes. Again, I loved the experience. He was slow and gentle, and the fact that his girlfriend and Paul were next to us in bed put me at ease. At the end, I cried, but not out of sadness or frustration. It was out of awareness that, again, I was enjoying sex with men, and there was nothing wrong with that. 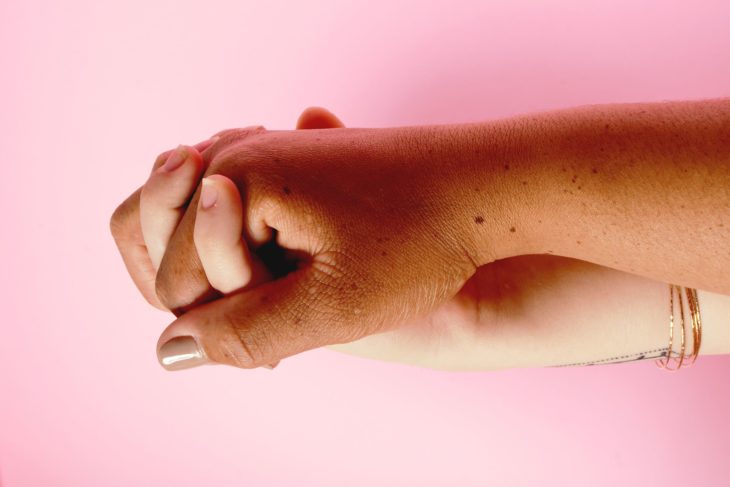 This process isn’t over. I’m still struggling to accept that I’m truly bisexual, not gay. I’m still struggling to accept my place as a straight-presenting married woman in the LGBT community. But I’m finally accepting the broad range of people and acts that turn me on. I’m not attracted to most men I’ve met, and the fact that none of my male partners are entirely straight is no accident. But I know now that Paul isn’t an exception. He’s the most special person in my life, but he’s not the only man I like in bed. Now, when Paul and I have sex, I don’t hold back. I’m present and I’m accepting of my enjoyment.

I know now that my queerness isn’t going anywhere, because sleeping with men doesn’t make me less queer. It just makes me appreciate it more.

*All names have been changed.

I’m Shopping For A Car—Help!

5 Great Vacations For People On A Budget