The Soapbox: Just Because I’m Gay Doesn’t Mean That I’m Attracted To You

Moving through the world as someone who identifies as bisexual or queer, I’m always navigating difficult experiences that compartmentalize my sexuality. I’ve been labeled “indecisive” for not being more assertive in which sex I prefer to date. I’ve been called “disgusting” because my desire to date women makes some people uncomfortable or possibly more accurately, question their own sexuality. And, of course, I’ve been told that my experience is a phase that will soon become a distant memory as I evolve into heterosexuality, find the perfect man, marry and become a Quiverfull woman who embraces domesticity and leans away from my career.

But none of these experiences trouble me as much as a recent experience I had in which I, and women like me, were named sexually perverse. The U.S. Supreme Court hearing regarding California’s ban on same-sex marriage has surfaced some polemic debates on the rights of the LGBT communities. In my experience, when opponents to marriage equality aren’t being downright nasty they’re crafting negligently harmful stories that characterize same-sex loving people as menacing. We’ve all heard some of the narratives: “Gay people will convert our children,” “Giving gays the right to marry will compromise the institution of marriage,” “Gay people lack a moral compass which is why they’re okay with being gay,” and “What’s next, sex with animals?”

In a recent conversation with friends, it was brought to my attention that some heterosexual women avoid gym locker rooms for fear of being targeted by “trolling” lesbians. I was seething: it  reminded me about the awful narrative that says “gay people are attracted to ALL people of the same sex and because of our insatiable appetite for sex we prey on unsuspecting people” — especially, apparently, in gym locker rooms. My usual instinct in a situation like is to point out the greater problem with unwanted sexual attention: the sexually traumatizing experiences women and trans people have had through the privileged agency of men. But I’ve learned, over time that deflecting to that kind of argument unhealthily vilifies all men — not just those who sexually harass and assault – and that’s not fair.

Instead, I asked one of the women if she, as a heterosexual person, was attracted to every man she saw. Of course she said no. I politely dug a little deeper, trying to gauge why she thought that I would be attracted to her and every other woman who got naked in front of me at the gym. Her answer, “well, maybe not you, but definitely other lesbians.”

As the “other”-ing — the idea that I’m a very, very different person for being queer — began, I disconnected from the conversation. I wasn’t moved to convince her of how wrong she was or explain away the harmfulness of that kind of thinking. Frankly, if heterosexual women are afraid to use the locker room because I’m in there, let them get dressed at home. More room for me. The gym, a place that politicizes many issues, is actually a place that I consider a part of my self-love routine. I never thought, that unbeknownst to me, my sexuality was imposing on some people’s gym experience. I don’t particularly care if they feel uncomfortable around me, but I’d be dishonest if I didn’t admit I haven’t thought about it as I cast my eyes downward to the floor while others get undressed. 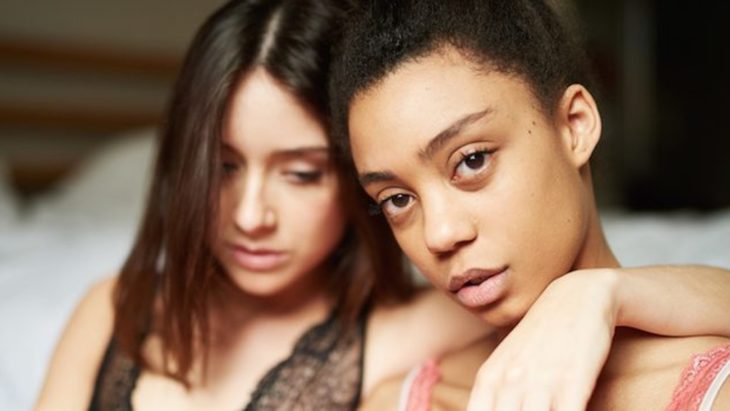 The gay experience is informed by so many different feelings and I’ve been reminded time and again that it isn’t my responsibility to redefine it, but instead to continue living my queer, happy, and naked self in the locker room. (And wherever else I wan to be naked!) I refuse to take responsibility for the unexamined moral assumptions people hold about who I’m attracted to, date or have sex with. I do, however, want to encourage heterosexual allies of the LGBT community to check your people. When issues like this come up, be a voice of reason.

The equitable treatment of LGBT folks is not only our responsibility, but it’s also the responsibility of people who care about us. It is going to take every willing person to help destigmatize powerful and reinforced narratives like this one. And to the women who refuse to share the gym locker room with me: if you’re compromising your health because of an assumption you have about my sexuality, I’m afraid there is no amount of gym time that will rectify that problem.

8 Phrases Guys Should NOT Use In Their Online Dating Profiles