Coming of age, regardless of sexual orientation, is a mess. It’s like an awkward pubescent choose-your-own-adventure book that you are constantly cheating at, reading ahead or skipping back, to try and reach some kind of conclusion in the least traumatizing way. You string together little landmarks in your life, some horrifying and some empowering, to form some kind of identity of who you are and hope it sticks.

Virginity and the act of losing it has always been a weird concept to me. The idea that the first time I did something would somehow affect the rest of my life, as if my body kept a detailed history of all of the things I’ve done. For a pretty meaningless concept, it felt like it had all these paramount ideas attached to it. There is the biblical definition of having your hymen in tact, the idea of treating it as a ceremonial rite-of-passage, or it’s a gift you give to someone you care about. Women are taught to tie their self-worth into their virginity and the act of losing it is of the utmost importance, like it makes us who we are. We are all Blair Waldorf trying to find the perfect time with our perfect boyfriends only to lose it to his best friend in the back of a limo and now we’re worried that is going to set the pace for the rest of our sexual lives. 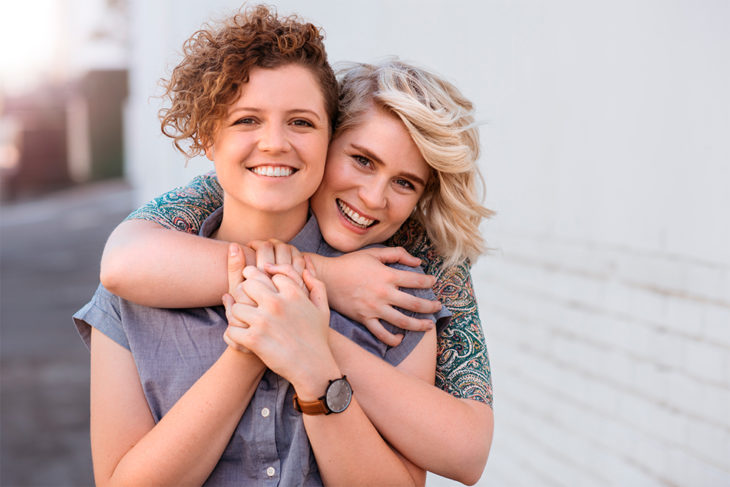 And first time sex is awkward. It is the closest you will ever be to a body that is not yours and now you’re a pioneer discovering all the ways a body can be different from yours. And it’s wet and weird and your limbs become aliens when you’re thinking too hard about what they should be doing and whether or not whatever is happening is normal.

But, it’s okay, because it’s your first time and it’s supposed to be awkward, and you will have opportunities to figure out what works and what doesn’t and get into some kind of comfortable routine. When you’re younger, it’s expected and we have a lot of opportunities to get things wrong or break our noses mid-makeout.

So what happens when you’ve figured it all out, feel like a grown ass woman, confident and in control, and suddenly you’re making out with someone a little different than usual, and find yourself reliving your teenage disasters in your late twenties?

Last Halloween, I ended up involved with a girl who was still figuring things out. She was dressed as a magician, I was dressed as Beyonce at the Louvre. She approached me, told me she was straight, kissed me, and then convinced me to hop in her Uber and spend the night. She took me to her bedroom for an intense make out session mixed with a lot of “Wait, no, this is too weird,” and “Oh my god, what the fuck am I doing?” while Fleetwood Mac’s Rumours played in the background. It was the opposite of what I had been expecting from my Halloween hookup, but I stuck with it because she had a Frank O’Hara poem framed next to her bed.

I quickly found out that there is a lot of responsibility that comes with being someone’s first. It was something that I had always avoided, opting for girls who were far more experienced than I was. There was the education, which felt sterile, and there was the pressure. I was introducing someone to this brand new thing and what if it was bad? What if I ruined things and this girl never hooked up with another girl again? 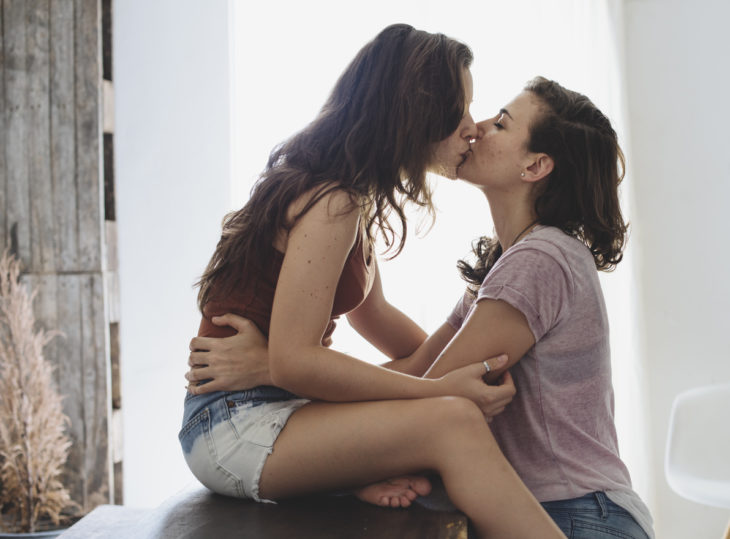 There is a vulnerability in these situations that is not often found in modern dating. She described it as “terrifying”. With men, she had all of the power sexually. All of the sudden, she found herself in foreign territory where she wasn’t in control. We spend our teenaged years trying to figure everything out, so that we can maneuver dating effortlessly by our mid-20s, and she was starting over again.

That meant that all of the normality in casual dating went out the window pretty quickly. There was zero chill. It was volatile and confusing and emotional. So many women that I’ve met who came out after several years of dating men all ended up in long term relationships with their first female partner. It’s hard not to. There are so many feelings there and a certain connectedness that makes love pretty inevitable. That wasn’t on the table for us, I was fresh out of a breakup that I wasn’t getting over anytime soon, and contemplating leaving Los Angeles completely (spoiler alert: I did). However, after the initial anger and hurt, in a total lesbian stereotype, we’re now very good friends.

Since then, I have found myself in the early stages of someone’s coming out pretty often whether as the first or the second. Being someone’s second is also pretty stressful because you know that you are constantly being compared to their first woman where the feelings situation is usually a mess. All of their experiences have been pretty similar as far as the realization and the aftermath go. 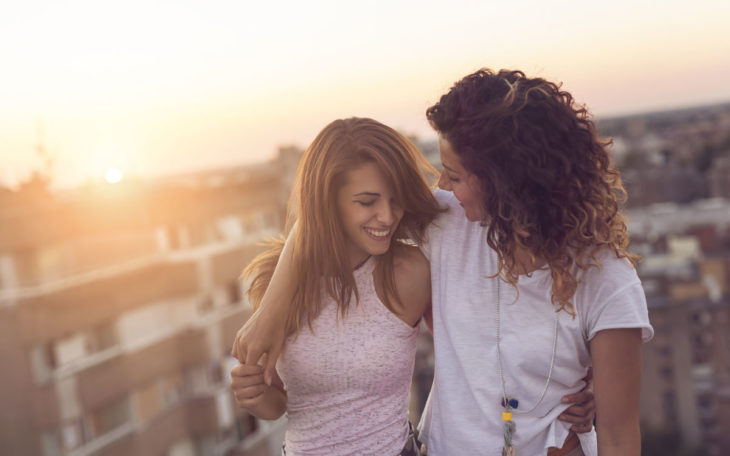 One of the most interesting things is how so few women who come out this way commit to a sexual identity. Where gay teens find comfort in a label as a way to predict the future or older people find comfort in a way to explain the missing piece, all of these women don’t feel the need to put themselves in a box. They were already in a box, they got out, they don’t need to keep figuring it out, it’s fluid. Everyone around them feels different, trying to take ownership of their sexuality with things like “it’s just a one-time thing” or “I always knew you were gay.” Society is already dismissive of female sexuality – same-sex experimentation is cool, but it doesn’t mean you’re gay. It takes a lot for society to leave you alone and just accept that you’re gay without trying to find some way to explain it. So many women end up closeted without even knowing it, either as a straight woman not realizing she’s attracted to women or a gay woman not realizing that she’s attracted to men.

When I told this girl that I was writing about her, I told her that I knew the concept, but wasn’t sure of the point. She said, “The point is that figuring out who you are no matter how long it takes is fantastically freeing.” She’s right. There are a lot of ways to figure out who we are, but we don’t often talk about doing that during such a pivotal time. There’s no right way to realize your sexuality. such a pivotal time.

There’s a lot to learn from it. Lesbians spend a lot of time talking about “turning” girls like we’re all Bill Compton with little consideration to the other side of the relationship. More importantly, there is a lot to be said about the comfort of uncertainty and the acknowledgement that things are constantly shifting, sexuality can be one of them.

Are Men Obsessed With Tan Lines?