Girl Talk: I Have A Fear Of Flying

A few weeks from today, while you suckers are surreptitiously reading The Frisky on your office computers, I’ll be lying in the sun at a hotel in Los Angeles. There’s a pool on the roof and cabanas and waiters who’ll serve you cocktails poolside. I don’t intend to get up from my beached whale position all week — except, you know, to have sex with my boyfriend whenever I damn feel like it. It’s going to be heaven.

But there’s one little detail — two details, really — that throw a wrench in the whole vacation: I have to fly there and I have to fly back. And being trapped inside an airplane for six hours twice in one week fills me with such a crippling fear that I’m tempted to call the whole thing off.I’ve been on airplanes a decent number of times before in my life. When Mom and Dad took me to Disney World in sixth grade, I remember thinking the airplane was cool. My friend Ashley swears that when our French class went to Paris in eighth grade, I didn’t have any problems on the airplane, either. 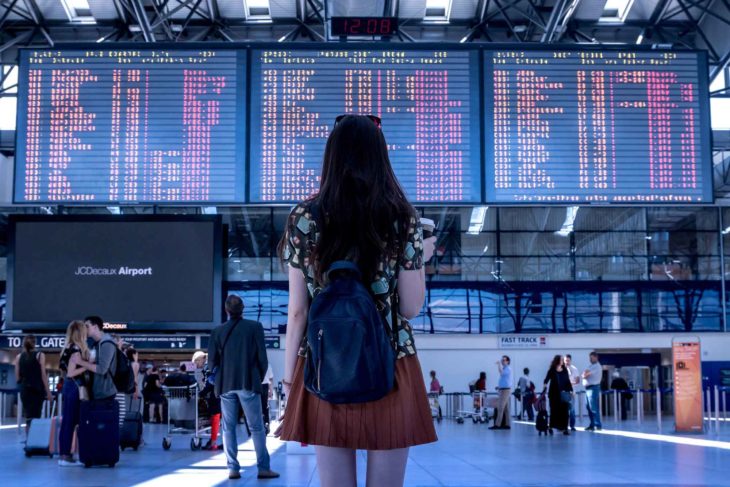 Clearly, something happened between now and then. The obvious answer would be the September 11th terrorist attacks. I was only in the first week of my freshman year of college in New York City when two planes flew into the World Trade Center, which I could directly see from my dormitory on 10th Street. I didn’t see either of the planes hit, but I saw the towers burning and fall, and it screwed me up real good.

Not surprisingly, I had something akin to Post-Traumatic Stress Disorder something awful after 9/11. I also felt guilty all the time for being scared when, well, I was still alive, wasn’t I? My PTSD-ishness manifested itself with an extreme — and extremely irrational — claustrophobia and anxiety. I didn’t ride the subway (which, in New York City, is totally insane) or take an elevator (which, in New York City, is also totally insane) for the rest of freshman year. I was convinced, absolutely convinced, that there would be another terrorist attack and I’d die while trapped on the 6 train.

But life goes on. Cognitive Behavioral Therapy and 20mg of Lexapro are wonderful things. Now I take subways and elevators all the time, and I even do crazy things like go underground in a tunnel to and from New Jersey every day.

But airplanes … no. This became apparent to me when I studied abroad my junior year. I met this guy, Steven, in my program at the airport and we moved our seats on the flight to Prague so I could sit next to him and squeeze his hand, hyperventilating in abject terror the entire time. (Steven, poor fool, misunderstood why I was crushing his hand in my own and tried to kiss me.) Immediately upon moving into my dorm room in Prague, I started having terrible stomachaches, worrying about having to fly back to the States in four months. I could not sleep the entire night before my flight back to the States that spring, even though Mom and Dad were with me. Not being so demonstrative as to let me squeeze their hands, Mom tried to give me a sleeping pill she had in her purse (which I refused, slightly hysterical that my mom was giving me un-prescribed drugs), and then yelled at me for freaking out because everything was fine. Well, everything was not fine. I had a panic attack for six hours straight. 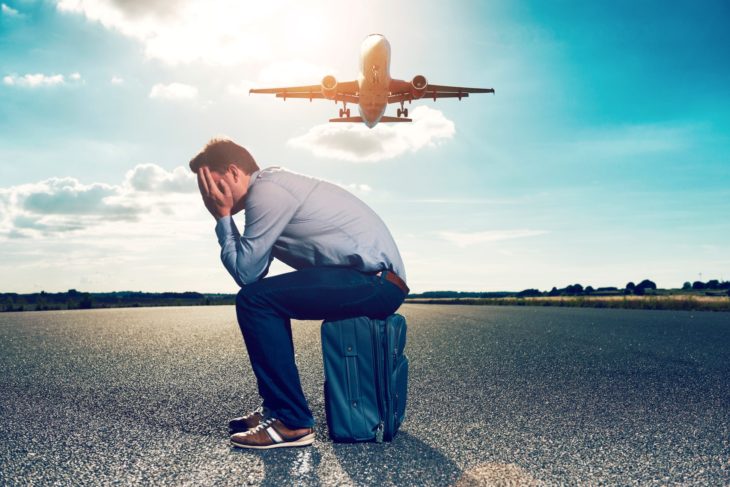 I didn’t set foot on an airplane for another six years. I know I missed out on some travel experiences: I could have tagged along on friends’ trips to Mexico and Florida. But there was no friggin’ way I was setting foot on another bewinged hellcraft anytime soon.

Then I met my boyfriend. David worked in Seattle for several years after college and after we’d been dating for about six months, he really wanted to introduce me to his friends there. Seattle had lots of good food, he teased. And shopping! And book stores! Plus, we could crash at all his friends’ houses and he had enough frequent flyer miles to give me a “free” airplane ticket, so, well, how could I say no? I hadn’t been on a plane for six years. Maybe my fear of flying was gone!

On that flight from Newark to Seattle, I talked to God.

Now, I pretty much define myself as an atheist. I believe in the social teachings of Christianity, which is my family’s religion, but I’d prefer to define myself as “spiritual” rather than “religious.” I guess you could say I believe in God, but I believe in God as a concept, not as a deity. I don’t believe God is, like, a person — certainly not a white man — who sits on a cloud in the sky listening to people’s prayers and acting upon some of them. There’s been far too much cruelty and suffering in the world for me to believe a deity like that exists. To me, God is the universal love that human beings have for each other, animals, and the earth, and I strongly believe in that concept of God.

But they say there are no atheists in foxholes. As the plane took off from Newark, I squeezed David’s hand on my right side and some random woman’s hand on my left. (What can I say? I’m friendly.) All I could think about was how I was hurtling through the air in a tiny box and I couldn’t leave for hours. I hyperventilated, cried, and walked back and forth to the airplane’s tiny bathroom with heinous anxiety-induced diarrhea. At wit’s end, I turned to David and hyperventilated/whispered, “I’m going to talk to God and ask him to protect us.” “O-o-o-kay?” David responded, with a big question mark. He knew how I felt about God the deity and God the concept; I know I didn’t make any sense. But I closed my eyes and in my head I talked to the God that I don’t believe in, asking him/her/it to ensure we flew to Seattle and back without incident — or at least without dying in a fiery blaze. Calling in a favor, I guess. Him/her/it appears to have listened.

My trip to Los Angeles is still weeks away, but sometimes at night when I can’t fall asleep, I lie in bed worrying about what the flight is going to be like. Will there be bad turbulence? Will the engine fall out of the plane? Will one of the wheels get stuck while landing? Will there be another terrorist attack? What if I die in a plane crash that I could have just avoided if I stayed home, safe on solid ground? Is it worth it?

I know it is not productive to think like that. I know I’m “talking it up, building it up.” I know I should just call up my doctor and see if she’ll prescribe me drugs to knock me out on the flight. And I just might do that (although, given my brother’s struggles with drug addiction, any drug use, even when prescribed by a doctor, is not something I am comfortable with). Right now, I am just reminding myself that I won’t be alone. David will be next to me — sweet, fearless David. Some random stranger whose hand I’ll squeeze during takeoff will be next to me, too. And, of course, if all else fails, there’s always another chat with — maybe? — God.

Learning to succeed through school sport