Girl Talk: How Much Should I Know About My Therapist?

We’ve been seeing each other for years; short, weekly sessions that often leave me enlightened, teary-eyed, or with a skip in my step. Ours is one of the most gratifying relationships I’ve ever had, defined by an openness and comfort level that allows for complete honesty. It took a little while to get there and I was certainly guarded at first, but now? Well, I wouldn’t know where I would be without her.

She’s my therapist. She knows everything about me. But sometimes I wish I knew more about her.

I knew that I had to respect her boundaries. Talking about her personal life was not what I (and my insurance provider) paid her for. (Oh, but could we make an exception just this once? I’ll pay out of pocket!)

I went to see my therapist, Dr. A, yesterday. It had been nearly a month since I last saw her. We both had back-to-back vacations and other commitments so our schedules prevented us from meeting for all of August, the longest I’ve gone without having a session in the over four years I’ve been seeing her. I was looking forward to updating her on a new relationship I was slowly exploring and seeking her advice on how to handle the latest drama with a close family member, whose antics are part of what sent me into therapy in the first place. I was running late, unfortunately; I hoped we could get through everything in 45 minutes. 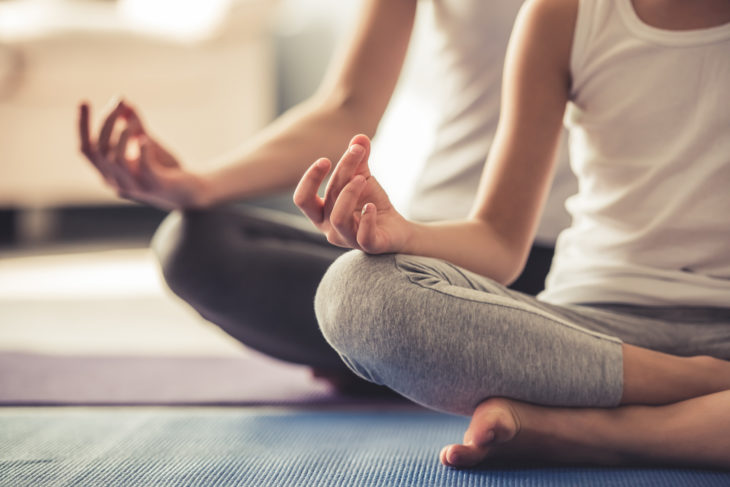 When I arrived at her office, Dr. A was in her yoga clothes; apparently she had been doing a few exercises in between her last session and mine. Over the years, I’ve practiced yoga off and on regularly, and Dr. A had often recommended I make more time for it, especially as a way of managing my anxiety. I never realized until that moment though that she was an avid yogi herself. It’s just one of the many times when I’ve wondered what else I don’t know about Dr. A. What’s her life like outside of our weekly 45 minutes together?

I’ve asked plenty of questions over the years, when an opportunity presented itself naturally. I know she’s married to an artist. I know she had a young son who’s on the autism spectrum. I found that fact out a few years ago, when I was a part-time nanny for a very hard to handle four-year-old boy, whose parents seemed in denial that his anger issues went beyond what was “normal.” Dr. A suspected the kid had Sensory Sensitivity, like her son, and talking about him made me think that maybe I knew more about Dr. A than her other patients did. This information also came in handy when I was dating a man with autism. She had so many insights that helped in my attempts to understand things about him that were “different.”

I know she tried drugs when she was in college. One of the ongoing topics of conversation in our sessions is my relationship with the aforementioned close family member who, among other things, has a rather enthusiastic relationship with many substances, both legal and illegal. When I asked her about her experience with drugs, she was honest. It’s been helpful to know that Dr. A isn’t ignorant to the effects of certain substances that we’ve discussed; it’s made me more confident that she can look at the situations I’ve described both as a complete outsider and as someone who “gets” the appeal drugs can hold.

I’ve had therapists before Dr. A with whom I didn’t feel as comfortable telling about my mistakes, “bad” behaviors, and deepest feelings. Before her, there were a few things I kept under lock and key, not even allowing my consciousness much access. When they were finally let out, oh man, did I feel such relief. Unblocking those things allowed me to plow through a host of other complicated emotions and fears and issues that had been standing in the way of my happiness. But I don’t feel like I’m done yet. Besides, I enjoy my time with Dr. A every week. 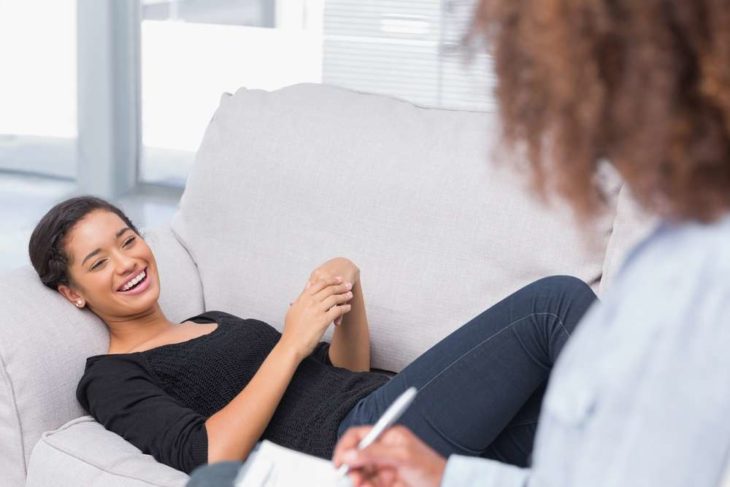 “So, how was your vacation?” I asked Dr. A when I sat down in the comfy leather chair directly across from hers. I kicked off my shoes and sat cross-legged, knowing my bare feet didn’t bother her.

“It was wonderful, just awesome,” she said, glowing in a way.

“Rad!” I said. “Where’d you go?” I’d asked her this question before after other vacations and she usually told me enough to get even a little bit more of a sense of who she was.

“I rented a house near where I lived and just stayed there for a week and made art,” she said. “It was blissful.”

Wait, what? Dr. A was an artist? Since when? My mom is an artist, something I’ve mentioned more than a few times in our sessions. How had Dr. A forgotten to tell me she made art too?

“Oh wow, that sounds amazing,” I said. “Did your husband and son come too?”

“Nope, it was just me,” she said, her smile fading a little. “They went to visit relatives in Florida.” I suppose I could see that was as much as she wanted to say, but, well, I pressed on. I was too curious.

“Well, once I started pursuing my psychology degree, I put all that stuff away in a box,” she explained. I thought “stuff” just meant paints and canvases and pencils, but she continued. “And all that stuff is coming out suddenly. I’m actually going through some things right now so if I seem a little off sometimes, that’s why.” 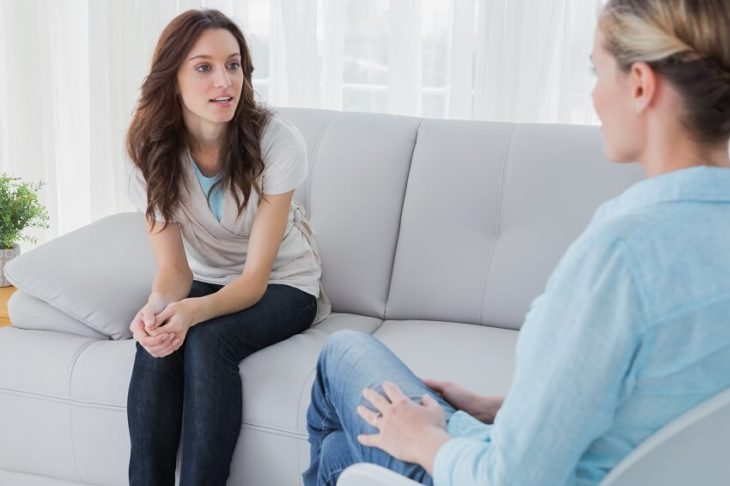 The look on her face suggested maybe she had revealed more than she intended and though I was dying to know more — out of my natural born curiosity that compels me to search through strangers’ medicine cabinets, but also concern. Dr. A was having problems? Problems that she was working through by sequestering herself in a house and painting?! Our weekly sessions were of immeasurable help when my ex-fiance suddenly ended our engagement a few years ago; were Dr. A and her husband suddenly having problems too? Did she recently uncover terrible memories from her childhood? The wheels in my head were spinning. The possibilities were endless. Forget talking about the guy I was seeing and the latest family drama, could we please spend the next 30 minutes talking about what was going on with Dr. A? Maybe I could help her.

That was silliness of course and I knew that I had to respect her boundaries. Talking about her personal life was not what I (and my insurance provider) paid her for. (Oh, but could we make an exception just this once? I’ll pay out of pocket!)

“Understood,” I said, smiling reassuringly, both to signal my silent support and that I wouldn’t press further.

But I haven’t been able to stop thinking about it since. I’ve always kind of relished little tidbits about Dr. A’s personal life and have allowed my imagination to paint a more vivid picture in which her artist husband is bearded and they eat breakfast on mismatched plates. It’s not that I thought her life was perfect; it’s that she’s always seemed infallible, like her profession meant that she had personally transcended the emotional issues that cripple so many of us. Now I was seeing that Dr. A’s human experience also included problems not entirely dissimilar from the things her patients sought advice from her on. Did I assume her profession made it much easier for her to weather them? I guess so. 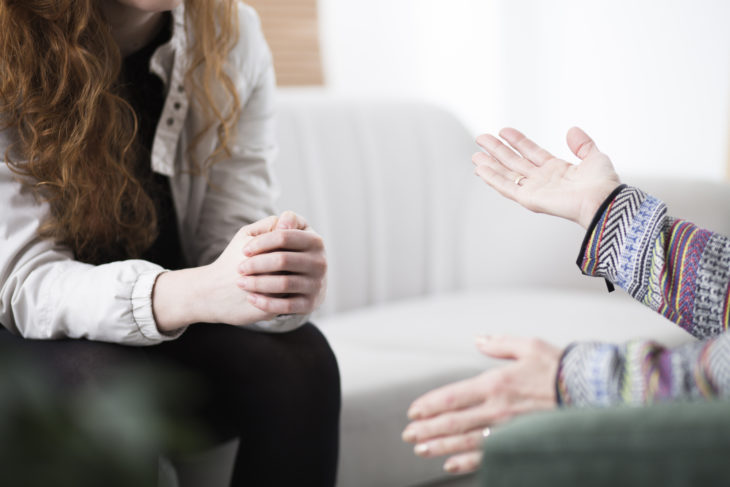 I’ll never know the details, but I’m glad she didn’t completely hide the fact that she is having problems of her own. Knowing her life isn’t without its ups and downs, and that she may even have demons of her own that could match mine, has made her even more relatable to me. While I’ll always be fighting the desire to ask more questions, I suspect that our weekly meetings are about to get even more fulfilling. For the first time, I realized that Dr. A, with all her wise advice, is not all that dissimilar from me. And I like and appreciate her even more that way.

12 Good Things About Being Stuck In A Rut