Girl Talk: I Feel Guilty About Selling My Engagement Ring

It was insanely beautiful. A round diamond in the middle, surrounded by a ring of tiny diamonds, set in platinum. It was custom-designed, but looked vintage. I had never thought much about diamonds — in fact, all of my jewelry, save the pair of diamond studs he had gifted me a couple years before, was from Forever 21 — but it was as if my boyfriend of four years knew exactly what kind of ring I would want when he proposed. I must have said, “Oh my god” 100 times. I wore the ring with love and pride up until we broke up nine-and-a-half months later. 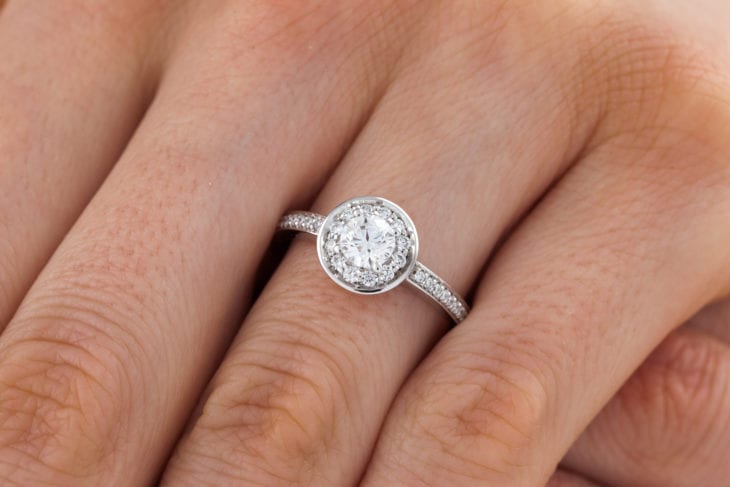 Initially, our breakup was just a “break” — a time for him to think about what he wanted, etc. (Eventually he realized what he didn’t want was us and our breakup became permanent.) But right away — well, after wailing until I could wail no more — I slipped the ring off my finger and attempted to hand it to him.

“No,” he said firmly. “That ring belongs to you.” I nodded, too tired to argue or care or feel anything other than sadness that I wouldn’t wear it anymore, at least for now. I brought up the ring one more time about a month-and-a-half later, asking him what I should do with it. “I hope you’ll hold on it,” he said. “If we get back together, you’ll wear it again.” We didn’t get back together, of course, and the ring sat in a drawer until after our breakup was official and I moved from the apartment we had shared and into my own bachelorette pad. I put it in a safety deposit box for safe keeping. That’s where it is now.

I’ve thought about selling the ring for over a year now, but hadn’t taken any steps to actually do so. For one, I’m still not an expert on fine jewelry — though most of the pieces in my “collection” now are J. Crew rather than Forever 21 — and have absolutely no clue how to go about selling something so valuable. I’m nervous about getting mugged on the way to see a jeweler. It feels sort of like having a winning lottery ticket in your hand and being on your way to cash it in — if something happens to it, you’re screwed. I also worry that I’ll be taken advantage of by some shady jeweler who will be able tell — by the J. Crew bracelet around my wrist — that I’m new at this. If I’m going to sell my engagement ring, I want to get the most I can for it — not because I desperately want the money, per se, but because it meant a lot to me and I want its value acknowledged. 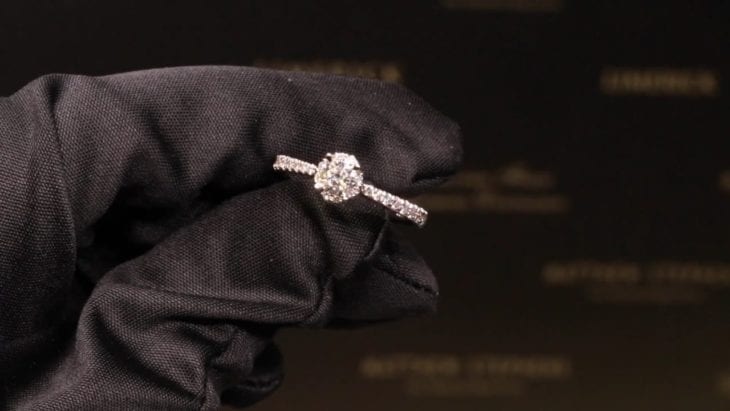 But honestly, there’s a third reason why I think I’ve hesitated to sell it. I feel guilty. I’ve justified keeping the ring — to myself and to others — with a variety of reasons:

In the two years since we split, I’ve done a lot of reflecting on our relationship — why we were good together, why we weren’t, whether we should have been getting married in the first place — and have concluded that though our breakup was handled very badly on his part, the split needed to happen. His reasons — or the ones he shared — for ending things weren’t good enough, in my mind, but there were good reasons that neither of us acknowledged at the time. Hindsight is 20/20 and while there’s a small part of me that wishes we could have actually tried to save our relationship — so we could each know that we gave our all — I know the end result would have been the same. We would have broken up. Because we needed to.

As much as keeping the ring isn’t about money, selling it is. I fear that putting a price tag on it cheapens the lessons I’ve learned from that relationship and its aftermath. At the same time, I can’t continue to hold onto it. I know that selling the ring is one of the final steps in truly moving on. He wanted the ring to be mine, but it can’t be anymore.

Last night, I took the first step. I wrote an email to the jeweler who designed the ring and explained that I was ready to sell it, asking for her advice. When I clicked send, I felt a weight lift from my shoulders. I felt good. I gave our relationship everything I had. I loved without fear or hesitation, with total commitment. And I will do that again. 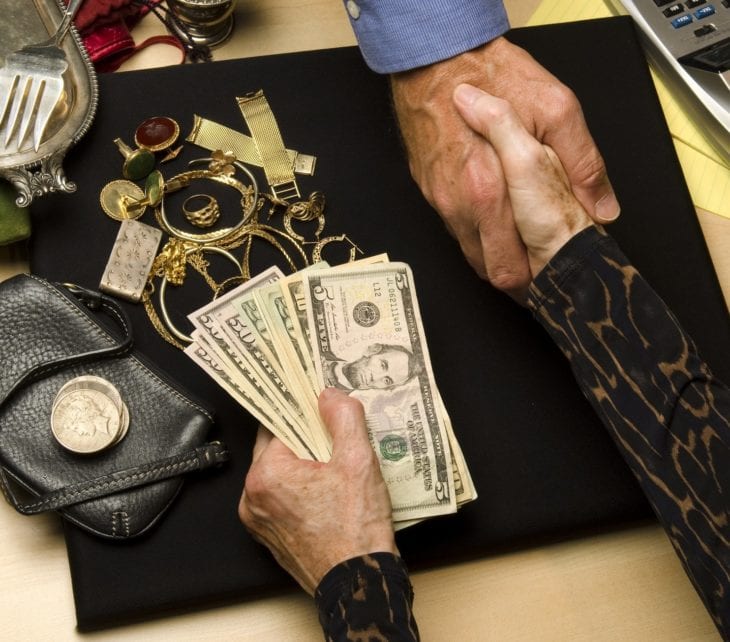 Doh – Perfect for Any Kid

Why It Is Important To Remove Mold