Girl Talk: I Went To Brazil And I’m Never Coming Back

Lately, we’ve been waxing philosophically, ahem, about pubic hair grooming and it’s time for me to throw in my two cents. About a week after Jessica wrote about her first bikini wax — after being the proud owner of a ’70s-style bush — I went in for my first wax, but unlike Jessica, I was committing myself to the full shebang.

Interesting fact: getting your butt crack waxed hurts the least; the labia hurts the most. Stupid labia.

I’m a card-carrying feminist, but that’s not the reason why I’ve never waxed before. I’ve never had my pubic hair ripped from the follicle because I am a wuss. I’m not into having much hair down there, so over the years I’ve shaved away the vast majority of my lady garden. Doing so has always been a bit of a pain because my hair grows in quickly, thick and dark, requiring frequent upkeep that still results in the occasional ingrown hair. Plus, when you shave, your skin never looks completely smooth so sometimes the whole effort feels — and looks! — a bit pointless. For years, other women have told me, “Just wax!” but the idea of that kind of pain down there has made me cringe in horror. 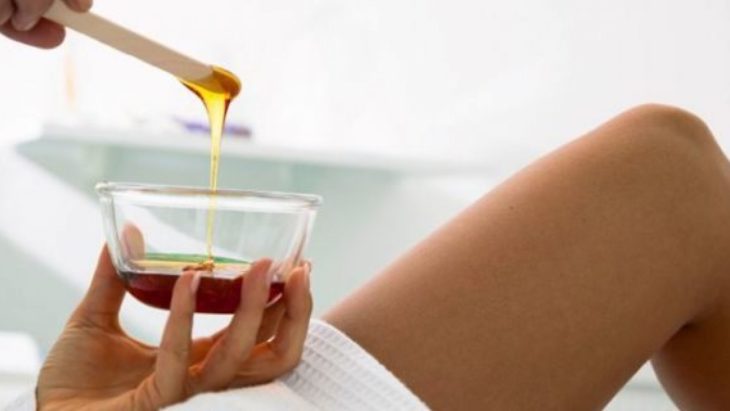 I finally decided to take the plunge — to at least try waxing — just, well, because. I’ve gotten accustomed to waxing my eyebrows, not to mention my upper lip and chin (get over it, dudes, we’ve all got a little peach fuzz), and, if I’m being honest, I kind of enjoy that little flinch of pain when the waxer removes the strip. I was hardly fooling myself into thinking that there could possibly be a pleasurable pain to waxing my fur below the belt, but maybe I could tolerate it after all. I waited until I was nearly 21 to have sex, mostly because I was terrified it would be this horrifying pain — it wasn’t (I mean, it hurt, but not terribly), so why would waxing be as bad as I expected? Besides, I was curious; what would it be like to be totally smooth below the belt, without the slight shadow I couldn’t eliminate with shaving?

I’ll skip past the boring details of picking out a salon and telling the waxer that I had never “done this before” — she, for the record, didn’t seem all that incredulous that I would dare walk around with hair on my crotch. However, two things stood out to me about the experience of getting a Brazilian wax. For starters, it is really f**king painful. Like, on a scale of 1 to 10 for pain that could be experienced by my private parts — with 10 being pushing a baby out — I would rate it at 6. I would give it a 7 except the pain itself lasts just a second for each strip of hair that’s removed.

Interesting fact: getting your butt crack waxed hurts the least; the labia hurts the most. Stupid labia.

The other thing that stood out was my own vagina in the hand mirror the waxer flung down between my legs when she was done. Look, I’ve glanced at my lady business in a mirror a handful of times in the past, but it’s been awhile and, remember, there was always a little hair down there. But completely and totally hairless — holy s**t. I almost had a heart attack. I once saw this video of a deaf kid having his ear implant turned on for the first time and, upon seeing my fur-less va-jane, I can relate to his feeling of shock and wonderment. 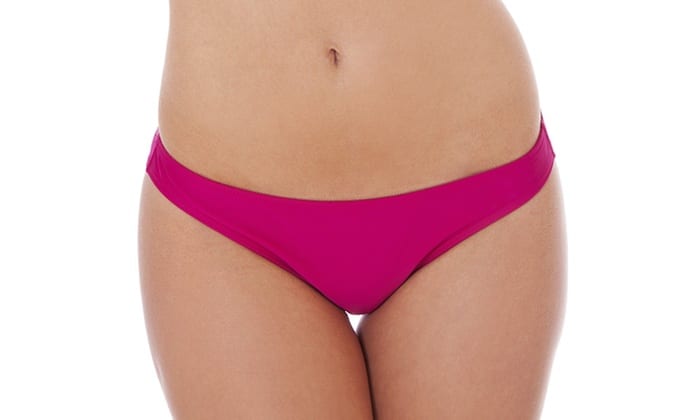 And that’s when I realized something. Is the idea that women should be perfectly groomed or bare down there rooted in sexism, in the idea that the vagina is somehow unclean? Sure. Absolutely. However, I think there is also something to be said for the fact that pubic hair hides a part of our bodies that women would rather, for the most part, avoid looking at — because we fear it’s ugly or weird-looking or whatever — and getting it all removed forces you to see your vagina in all its glory. The colors and the shape that make yours special; and you know what? For the first time, I really think mine is hot.

Why It is Good To Check Review Websites Before Buying

8 Ways to Maintain a Healthy Skin After...

6 Ways to Remove Your Butt-Crack Hair in...