I was in Brooklyn exactly one block from David’s* apartment with about one hour to spare. I knew what I had to do. I sent a text before I had too much time to think about it: “I’m in your hood. Have an hour to kill. Drink?” I got a queasy feeling in my stomach. It had been almost two years since the last time I’d seen him… Back then, David and I were a relatively content couple on the road to Connecticut to spend the holidays with his family.

“I’m nervous,” I admitted, as I fiddled with the CD player. “I’m meeting your family for the first time. That’s a big deal.”

“It is to me,” I said. “Besides the last time I met someone’s family it was a pretty awful. Will you do me a favor and try to stick by me?” David nodded, running his hand over his smooth forehead and concentrating on the road ahead. I wasn’t sure if he heard me.

“Don’t be nervous,” he laughed and patted my hand. End of conversation.

When we arrived at his parents’ house, David disappeared almost immediately. When the guests started to arrive 30 minutes later, David was nowhere to be found. I was left alone to introduce myself to 30 of his closest relatives and family friends. When he slipped back into the house with a glazed look and goofy grin, he poured himself a vodka cocktail and slid into his familiar role of “family golden boy.” He was working the room like Frank Sinatra at the Tropicana. Even when David would come around to clink my glass and demonstrate the obligatory gestures — give my hand a quick squeeze or put his arm around me, I felt my stomach tense. 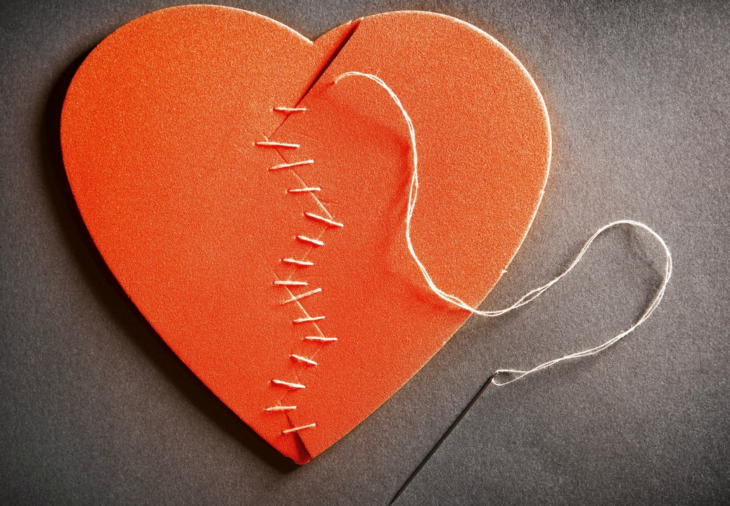 Upstairs in his old bedroom, I looked at artifacts from his childhood as I waited for him to join me. The room was filled with sculptures and sketches he had made in high school, some old pictures of him almost totally unrecognizable. It was a stranger’s room.

“Why did you leave me tonight? I asked you not to,” I said when he joined me in bed.

“I was around. Besides, you seemed to be doing fine. You didn’t need me.” He laughed.

“Can we talk about this tomorrow?” he asked.

“No. We can’t.” The fight began to escalate.

“Because,” I said, “I think I’m falling in love with you.” And as soon as I said it, I wished I could rewind time and put the sentence back in my mouth and swallow it.

David was silent for a really long time. He looked into my eyes. “I don’t feel the same way,” he said. I slowly rolled over and tried not to let him hear me crying. “I’m sorry,” he said, “I wish I felt the same way. I don’t know why I don’t. I should. I just don’t.” I was silent now. “Don’t cry,” he patted my back.

Two years later, I waited to see if David would text me back. “Yes! Let’s meet,” he responded, “I’ll see you in four minutes.” I shifted on my bar stool and ordered a glass of wine. Was I really about to see David again?

David came into the bar nine minutes later with an easy stride. He bounded up the stairs. “Late as usual, huh?” I greeted him. 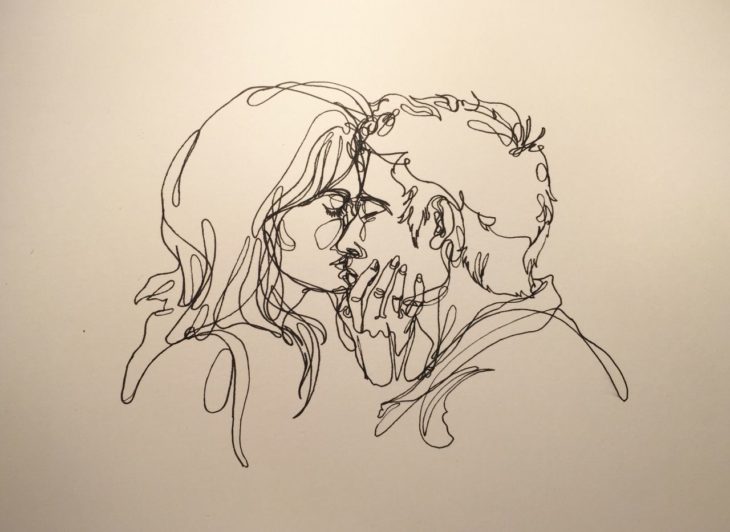 “Thanks! I’ve been doing Pilates. But I don’t usually admit that to anyone.” We laughed and dove right into our conversation as if we hadn’t skipped a beat in two years. Within moments we were clinking our glasses together excessively. He mussed my hair. He made fun of my skinny fingers.

“I want you to remember how funny I am,” he joked.

“Oh, I remember,” I replied. “But you learned everything you know about comedy from me.”

“Yeah. I did learn a lot from you,” he said. “I read your writing, by the way. I guess I want to see if you write anything about me or if you still hate me.”

“Of course I don’t hate you,” I exclaimed. “I want you to know that I have only positive feelings toward you.”

“And I want you to know that I don’t know if you know it,” he continued, “but you are a really great communicator. You were so open with me. Our relationship really opened me up. I took a lot from it.”

David told me how he had fallen in love shortly after we broke up. But the relationship had ended after a year. “She had some personal issues she needed to work out on her own,” was all he said. I didn’t ask too many questions.

“Things have been so great! I’m really happy!” I was technically telling the truth if we were talking about my career. Love life, different story. What I didn’t tell him was how our relationship had really closed me off. How it had prompted a pact with myself to never say the “L” word to anyone ever again.

“The last two years have been a hard for me … dating-wise.” I looked down into my wine glass.

“So we’re both single?” David laughed.

“I guess so.” I looked into his eyes. He looked back. He raised one eyebrow ever so slightly. I broke the gaze. “What time is it? I gotta go to this party thingy. I can’t be late.” I paused considering. “Do you want to come with me?” “Sure. Why not?” 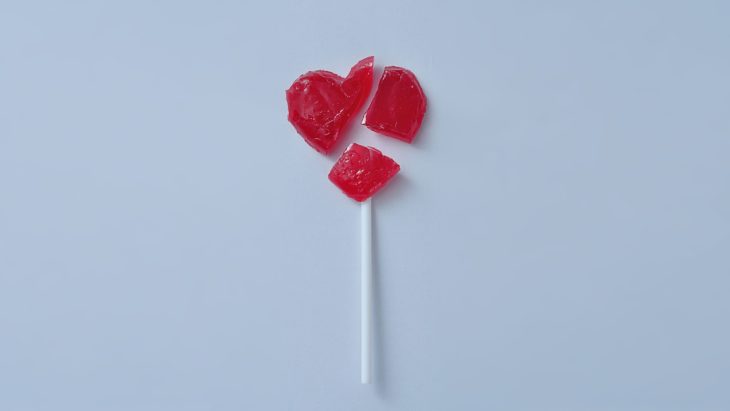 At the party he took my coat and hung it up for me. We whispered about the people around us. I did my silly Elaine dance to the music. I introduced him to some new friends. It was all still there. The fun, the attraction, the connection, the ease. I sat beside David on a couch as the speeches began. It wasn’t just a regular old party. It was a meeting for an underground philanthropic society. Ten people were given $100 to do as they chose with; as long as it was in the interest of “good” and they agreed to share their story in front of an audience. My friend told me that I needed to be there, but she didn’t tell me why. She said only, “It’s a surprise.”

“Oh yeah,” I whispered into David’s ear, “I think I may be getting some money or an award or something.” My friend got up on stage to give her speech.

“And finally,” she said, “I decided to give a portion of my money to my friend Ami Angelowicz. She is a wonderful writer and just to show her how much I believe in her success, I bought her a domain name for a year. AmiAngelowicz.com is all yours, Ami! I’m hoping that it will help you launch your first best-selling book. Stand up.” Everyone in the room began to applaud for me. My face flushed.

I think it was the combination of the swelling pride, the nostalgia of seeing David again, and the wine on an empty stomach, that made me well up with tears as I sat back down next to David. I put my head down in my hands, trying to hide my face.

“I don’t know why I’m crying,” I sniffled. “This is just … really special for me.” I put my head on his shoulder. If anyone could understand how much this moment meant to me, it was David. He knew me during a really rough time in my career.

He smoothed his forehead, sipped his drink, and just kind of laughed. He patted my back, “Ahh, don’t cry.” But I didn’t want a pat on the back. Having David there helped me understand that the man I would end up with would be able to say “I get it,” or “I’m proud of you,” or even just “I love you.”