Girl Talk: My Husband’s Parenting Made Me Question Myself As A Mother

When I was pregnant, everyone warned me not to judge myself against other women either positively or negatively. They told me not to compare myself to the Super Moms, the Momzillas or even the Deadbeat Moms. People warned me that once I was a mother there would be some things I would do effortlessly, and others I would fail dismally at.

Largely, I ignored their advice and trusted in my own self-worth and confidence. I was a little older than most of my mom friends and figured that with those extra years came extra wisdom. I instinctually understood that hanging out on online baby forums leads to intense paranoia about teething, and battling it out with anonymous strangers is stupid. I never thought I would succumb to the motherhood comparison game. But in the end, I was wrong. I did judge myself harshly. But it wasn’t against other moms. It was against my own husband.

When my husband and I got married, we agreed we were an unstoppable team. And as a team, our first order of business was picking our team numbers. (I would tell you our numbers, but some things are sacred.) We reinvented the power couple model — living and and working at home as freelancers. For a short while, we took traditional office jobs at the same company. Then went went back to working at home together — me as a freelancer and him as a telecommuter. 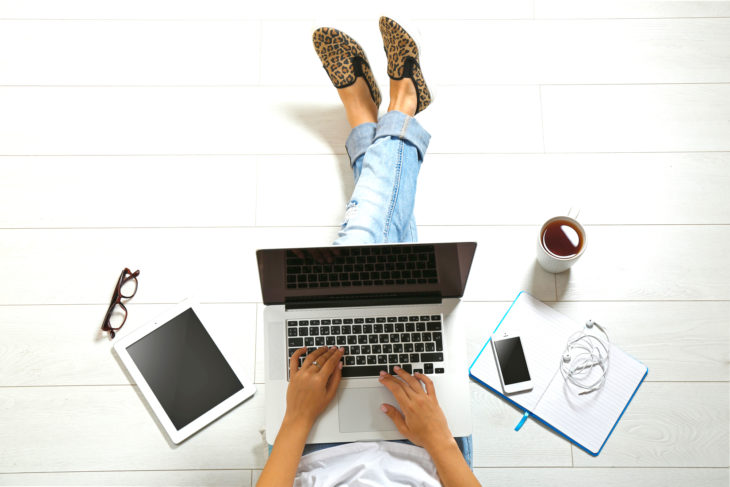 We knew how to work and co-exist together so effortlessly that it felt awkward to talk about. People’s eyes grew wide with shock, envy, or disgust that we want to be together so much. But it worked for us. Our roles varied, but I was usually the one who took care of everything, while my husband hung back. I wanted to think my way out of every sticky situation, while my husband was content to let things unfold naturally. Surely, I could maintain this role as the mother to a newborn whose needs are as consistent as they are predictable, I reasoned.

I also assumed that our fierce teamwork would be an invaluable asset when our daughter came along. Deep down, I believed it would shield us from the obligatory hell all new parents endure. And while our status as marriage teamsters brought a new meaning to the idea of balanced co-parenting, it also brought something else: a nagging fear. What if things changed?

Things did change. I went to a dark place after my daughter was born. It became immediately apparent that I couldn’t think my way out of a difficult night with her on no sleep. I couldn’t think about anything. All I could do was cry. And I couldn’t stop crying no matter how hard I tried. Meanwhile, my husband was the one who stepped in and kept everything going. It ate away at me that it was so effortless for him. I considered him my complete equal regardless of the fact I gave birth to my daughter and was recovering from an unexpected C-section. So, I managed to convince myself we should be struggling equally with being new parents. Why wasn’t he?

I watched with envy from the confines of my hospital bed while he masterfully diapered, swaddled and shushed her back to sleep. When we brought her home, I questioned why I was so bone tired that I could barely move while my sleep-deprived husband was able to rock our daughter in his arms and cook breakfast at the same time. In the late afternoon, I watched longingly as he kissed her goodbye and retreated to his office to do his work on less than three hours of sleep. I could barely see straight let alone send out pitch emails to editors. 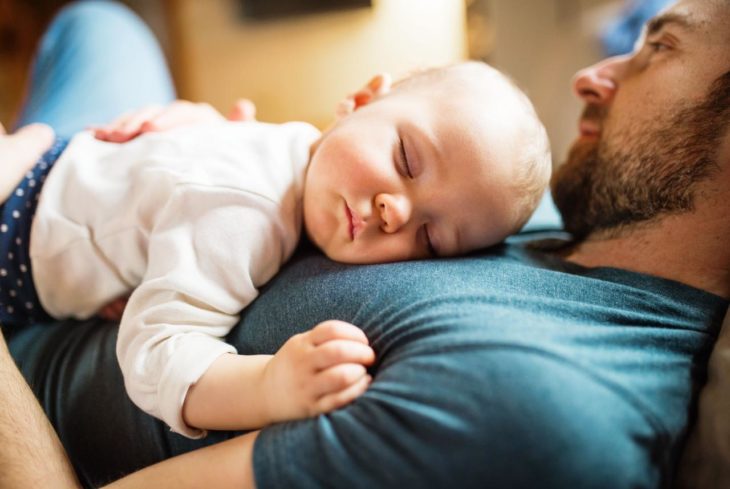 When he got up with her at midnight, he seemed content with their bonding time and fell back to sleep easily. But when I lay down for a few hours of rest, I anxiously awaited her cries, developing a cruel case of insomnia and fantasizing about punching the next person who prescribed, “Sleep when the baby sleeps!” When the sun finally rose, he wanted to bounce her on his knee and coo in her ear. All I wanted to do was go back into the bedroom and sob alone.

I burned with anxiety. I felt betrayed that my body was being such a complete jerk. Instead of the obligatory enjoyment of every moment of motherhood, I wondered if the next 18 years would be like this. Would I be slumped in the back row, half asleep, harried and paranoid with exhaustion while my husband filmed her first recital? Would our family photos feature a dead-eyed, sallow-skinned mom while dad and daughter laughed with their arms wrapped around each other?

Soon, I started believing our team was falling apart. I was the bad parent and he was the good one. I feared being unceremoniously ousted to the sidelines. Maybe my husband would finally figure out how much I sucked at taking care of something as simple as a baby and the two of them would ditch the dead weight and run off together. I watched him play with her and witnessed their bond deepening. I felt crushed, wondering why it wasn’t happening for me.

After a few months, things got better. I grew to accept sleep deprivation as a functional part of life. My postpartum hormones calmed down and fled my body until I stopped feeling the need to cry every hour on the hour. I could go on from here and tell you how amazing getting to know my daughter has been. We could trade stories on how bonding with a baby takes time, just like with any relationship. I could also wax poetic on how she’s a beautiful, bright-eyed babydoll who would give you her last cracker and the diaper off her tush. It’s all true. But you probably already figured out that mom and baby have a happy ending here.

But the team? We did not weather the storm quite as well. We were irrevocably broken and dismantled with bits and pieces of us littering our once peaceful home. I held my breath through months of fear while the ground shifted and rumbled beneath me as I witnessed our destruction. The harmony and balance we worked so hard to achieve before our daughter arrived was gone and I wasn’t sure who either of us was anymore.

But here’s the thing I’ve started to understand: we’re not the team we use to be, but we don’t have to be. I don’t want to be the same person I was before. Becoming as mother has changed me forever. I’m now a member of a team of three and we’re stronger and happier than we ever were as two.

I can’t do this all on my own. I need all the members of my team to keep our unit going, and I’m no longer going to be the one who can take care of everything. My vulnerability is not something I can ignore and avoid as I did in the past; it’s something I have to embrace. Asking for my husband’s help without slamming myself for being weak, even when I feel like hiding in my closet and crying into my wine, is part of the real beauty of our relationship. And while my husband might be on a different yard line than me, I know he’s ready for the next play.

Study: The Difference Between Male And Female Nightmares

Wife With A Life: The Unexpectedly Sucky Parts of Newlywed Life