Girl Talk: Too Drunk To Be A Victim?

“There is no justice for drunk women,” begins Andrea Peysner’s New York Post column, “It’s Open Season For Predators In Uniform,” about the acquittal of a cop accused of raping a drunk woman in her apartment. “A Manhattan jury yesterday had to decide whom it hated more: a rotten police officer who admitted he lied, cheated, cuddled, kissed and groped a drunken woman. Or the woman herself … But there never was any contest. The jury loathed her on sight.” Peysner, it should be noted, is known for her extremely conservative views. I generally consider her a wack job, so I was shocked to read that she was just as appalled as I am by the results of this case.

As a young woman who has also been drunk on many occasions, this case has resonated deeply with me. It has, in particular, reminded me of a night I had eight years ago. I am now wondering how a jury of my peers would have judged me had the night gone differently. 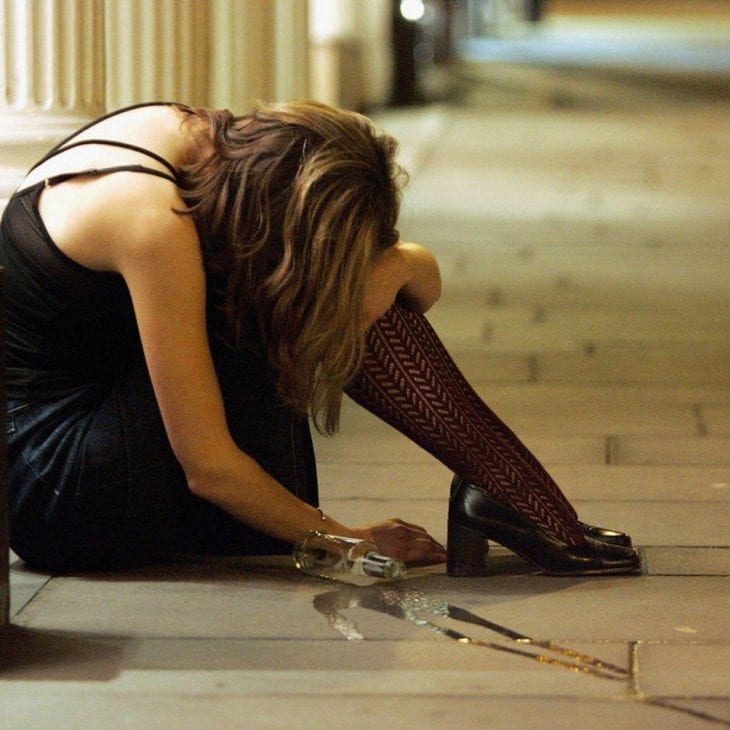 Though I have been as drunk once or twice since, that incident served as a warning. I have often thought about how profoundly lucky I was to have encountered that couple and not someone else with terrible intentions.

I was a single 23-year-old, riding high on having finally gotten my big break by scoring an assistant job at Rolling Stone. I wasn’t making much money, but it was just enough to afford me a room in a 350 square foot two bedroom in the East Village. My job had its perks which made my lifestyle a little more fun than my salary would have normally afforded: invites to fun parties and all the free CDs and concert tickets a gal could want.

I scored an invite to a party hosted by Soap Opera Digest and many stars from shows that filmed in NYC would be in attendance. As a longtime soap fan, I strapped on my favorite pair of heels and invited my friend Alexandra to join me. The party started at 7:30 and I came straight from the office, not having time to pick up dinner. I wasn’t worried — there would be food, and more importantly for a broke girl like me, cocktails, at the event. Sure enough, handsome waiters passed around trays of bite-sized snacks and glasses of champagne.

As soon as my glass was empty, another was in my hand. It was that kind of party. I was eating plenty of little nibbles too, but it wasn’t enough to balance what I was drinking, especially since I only had a salad from lunch in my belly when we arrived. Hours passed and the drunker I got. At one point, I remember flirting with one of the waiters.

“Give me your panties,” he said.

“Only if you give me yours,” I slurred back, clearly thinking an underwear swap was a great idea.

He agreed. We each went to separate bathrooms to remove our undergarments and then exchanged them. Why? I don’t know. I do remember the pair I gave him were my favorites — sheer, neon yellow. I planned on kissing him at some point in the evening, when he wasn’t on the clock, and who knows what else. But before I got a chance for any of that, he slipped on a puddle in the kitchen and had to be rushed to the emergency room with a broken leg. I have wondered since what the paramedics thought of the pair of women’s underwear stuffed in his pocket. 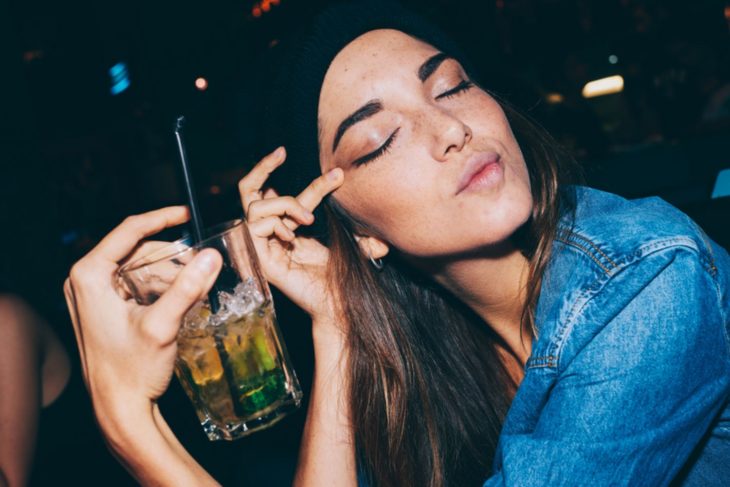 After that. the night gets fuzzier. Alex and I left the party and headed to a club nearby to go dancing, but within five minutes of being inside, the throbbing music adding to my dizzyness, it became clear I needed to go home. I hugged Alex good night and headed out, stumbling down the block in my high heels. I was a long way from home so taking a cab was my best option. I went to a nearby ATM to withdraw some cash. Opening my purse, I realized I had left my wallet at home that morning. In order to buy lunch that day, I had to borrow money from my coworker. I had no cash, no ATM card, and though I had my MetroCard, taking the subway home would have taken multiple transfers.

I should have turned around and gone back to borrow money from Alex. Instead, I decided to walk. This was became increasingly difficult given my choice in footwear. After falling to my knees three times in as many blocks, I opted to remove my shoes. I walked barefoot for I don’t know how long, my blurry eyes keeping track of the streets I was passing, counting down how many until I was in the vicinity of my apartment.

Even with my bare feet on solid ground — practically unheard of in NYC, as any woman could tell you — I wasn’t having much better of a time staying upright. That’s how drunk I was. I fell repeatedly. Eventually. I fell one final time and couldn’t get back up. I have a distinct memory of laying on the pavement, just wanting to go to sleep.

A young couple stopped and asked if I was okay. I must have explained my situation, because they helped me up, hailed me a cab, and gave me money, ensuring that I got safely home. I woke up the next morning on the floor of my bedroom, in a partial state of undress. I was an hour late for work already. I was horrifically hungover, embarrassed, and ashamed of my behavior. I still cringe when I think about it.

Though I have been as drunk once or twice since, that incident served as a warning. I have often thought about how profoundly lucky I was to have encountered that couple and not someone else with terrible intentions. 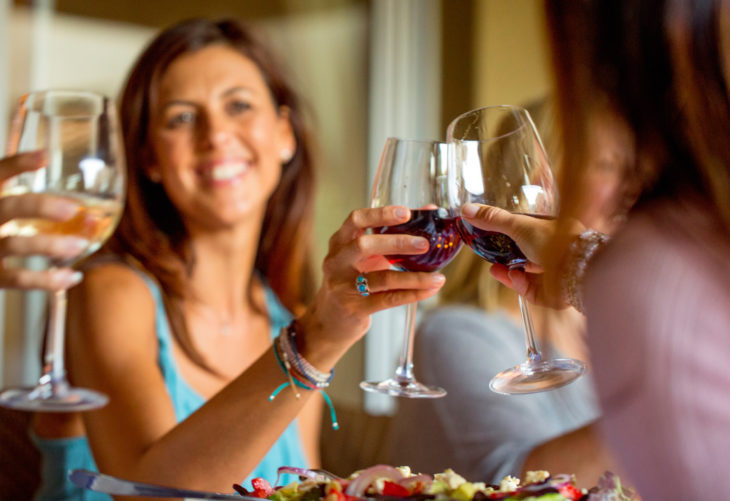 The cab driver who drove the unnamed accuser in this case home, called the police because he was worried for her safety. The officers who arrived at the scene — Kenneth Moreno, who was accused of raping her, and Franklin Mata, who was accused of standing watch while the assault occurred — used her keys to enter her apartment three times over the course of the night. The victim in this case said she remembers her tights being rolled down and the feeling of being penetrated. In a secretly recorded conversation between the accuser and Officer Moreno, he eventually admitted that he “used a condom” after repeatedly denying that they had sex. During trial, Moreno denied having sex with the accuser and says he only snuggled her while she was wearing nothing but a bra. He said he told her he used a condom during that recorded conversation because she confronted him outside his precinct and he was afraid she would make a scene; he told her what she wanted to hear so she would calm down.

No matter who you believe in this case, one thing is abundantly clear; the victim was as much on trial as those she was accusing. She wasn’t a “good victim,” whose assailant jumped out from behind the bushes and assaulted her as she innocently skipped home. She was a “bad victim,” whose drunkenness was used against her by the defense in contradictory, but apparently effective, ways.

Even if you believe the defense was able to show that there was reasonable doubt the crime of rape occurred, they did so by putting the victim on trial in a way that could happen to any woman whose rights are violated while she is drunk. I put myself in her shoes and imagined how my drunkenness that night eight years ago might have been used against me, had officers Moreno and Mata showed up to “check” on me. 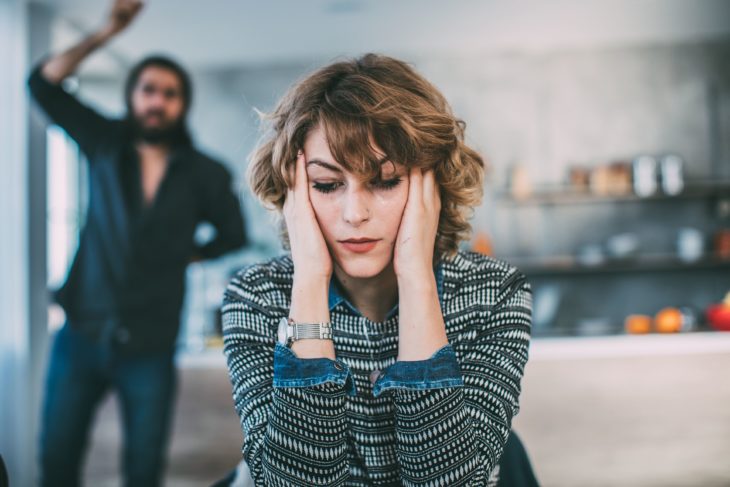 Would a jury have loathed me too? For brazenly giving my underwear to a total stranger? For being irresponsible and forgetting my wallet that morning? For drinking way too much champagne on an almost empty stomach? For thinking it was a perfectly okay idea to walk home barefoot? For being so drunk that upon falling I could not pick myself up? For being so drunk, that I actually needed assistance hailing a cab?

Andrea Peyser is right. Officers Moreno and Mata may have been convicted of three misdemeanor counts of “official misconduct” and lost their jobs as a result, but women everywhere were taught an even bigger, more depressing lesson. There is no justice for drunk women. Get drunk and the law will not only not be on your side, but they’ll use it to fuck you in more ways than one.

Smoking Is Bad For Your Nipples

How To Have Fun While You Practice Your...