Prince Harry and Meghan Markle welcomed their first son Archie Harrison Mountbatten-Windsor into this world on Monday, on 6th May. The happy news traveled the world, but it seems that there is a heartbreaking story about how the baby’s surname was decided.

On Wednesday, the 8th May, Prince Harry and Meghan Markle introduced the baby boy at George’s Hall, Windsor Castle, and answered some questions to the reporters. The baby weighs 7lb 3oz, and was born on 6th May, at 5:26am. As tradition requires, the Queen was the first to know the baby’s name.

Many people expected that the Duke and Duchess of Sussex will opt for more traditional favorites including Alexander, Albert, James, or Philip, but their choice was Archie. What didn’t draw attention at the first, was baby’s surname, which was decided after a heartbreaking row.

The Queen’s descendants, other than those with the style of Royal Highness and the title of Prince or Princess, or female descendants who marry, need to carry the name of Mountbatten-Windsor, as it was declared in the Privy Council on 8th February 1960. And here is why. As it is known, the Queen’s official surname is Windsor, which she kept after marrying the Prince Philip. His surname is Mountbatten, but it hasn’t been it his whole life. It is the surname from his mother’s family, which he adopted in 1947, after abandoning his Greek and Danish royal titles. In 1948, the Queen and the Duke welcomed their son, Prince Charles, into this world, and two years later, also their daughter, Princess Anne. Philip wanted his children to have his surname, but his mother-in-law, the Queen Mother, and his wife, the Queen, didn’t find it achievable.  The two of them, together with former Prime Minister Winston Churchill, decided that the Queen and Philip’s children won’t have the Mountbatten surname. On 9th April 1952, prior to her coronation, the Queen issued a public declaration that „her children will be styled and known as the house and family of Windsor“. 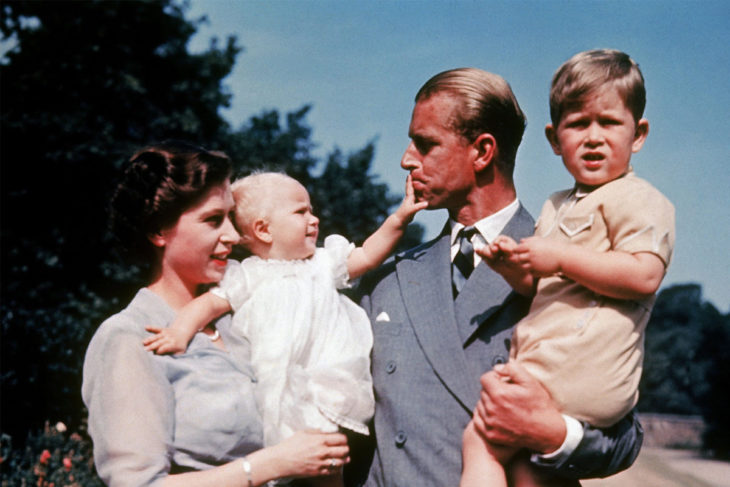 This caused a family feud that lasted for almost a decade. Prince Philip was deeply hurt because of it and according to the people close to the royal family, he felt like „just a bloody amoeba“. He didn’t want to let it go, and in 1960, when the Queen was pregnant with Prince Andrew, she told then Prime Minister Harold Macmillan that the issue of the family name needed to be revisited because her husband was not ok with it, and it had been bothering him since 1952.

The problem was passed onto Rab Butler and the Lord Chancellor Lord Kilmuir. In a telegram to Macmillan, Butler wrote that the Queen had „absolutely set her heart“ on making a change because of her husband. On 8th February 1960, a new declaration was made and Mountbatten-Windsor surname was adopted as the name for all Queen’s descendants. On 14th November 1973, during signing her marital paper, Princess Anne was the first one to officially use Mountbatten-Windsor surname.

There is a bet on, what will be the name of Prince Harry and Meghan Markle’s son

The 4 Most Inexpensive Ways to Divorce

This Is How Archie – Meghan Markle And...

How will Prince Harry and Meghan Markle bring...